Venus is Earth’s closest relative and one of the biggest mysteries of the Solar System. Paradoxically, Venus’ atmosphere also offers an incredible window into the past of terrestrial planets, all the way back to the final phases of their formation, 4.5 billion years ago.

Venus holds a unique place in planetary studies: the similarities of its characteristics with the Earth’s contrast with the clear differences in their present-day surface conditions. From a presumably common origin, their geological and climatic evolutions have greatly diverged. This makes Venus the perfect subject for comparative planetology. Thanks to Venus, we hope to understand how a planet becomes or ceases to be habitable; what factors make a planet evolve into something like Earth or rather like Venus.

To answer this question, we go for the broader picture. We developed new integrated models that consider the planet as a whole – as a system composed of multiples reservoirs interacting together. Thus, these models simulate the global evolution of the planet through an analysis of the coupled evolution of the atmosphere and mantle of Venus.

These models were the ground for the present study. The initial concept dates back to the years of my Ph.D., over ten years back, when it occurred to me that key differences between Earth and Venus could result from a collision with a large-enough asteroid, blowing out a large part of Earth’s early atmosphere. At the time though, none of our model was accurate-enough to test this hypothesis – but we have made significant progress since, and looking into the consequences of asteroid impacts on planetary evolution is now within grasp. Plus, blasting a planet’s atmosphere by catapulting huge chunks of rocks is pretty cool – even if only in numerical simulations.

It rapidly turned out that the erosion of the atmosphere by single large impacts was probably the most inefficient process of the whole collision event, which promptly and mercilessly put to rest our initial idea. When we subsequently introduced multiple impacts in the simulations, however, we started to see a consistent picture emerge: while the erosion component did not have much of an effect on a global scale, the deposition of volatiles (water, CO2, N2) during an impact had significant consequences. The hurdle was actually to fit the constraints based on present-day atmospheric parameters: asteroids simply brought too much volatile in most of the simulations. 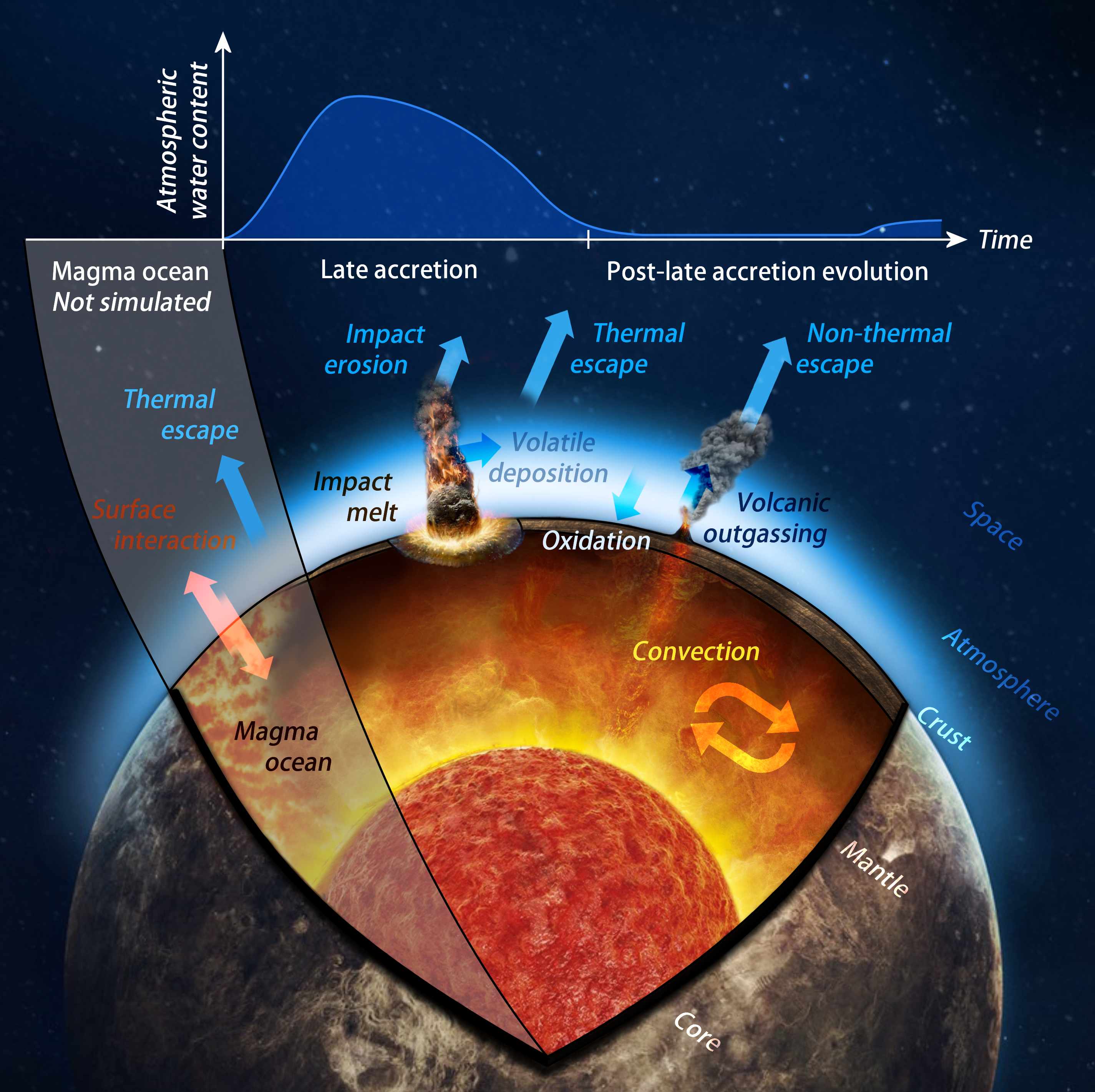 Mechanisms that affect the water content of Venus’s atmosphere during the long-term evolution of the planet.

This is when we had the idea of this article: constraining the maximum amount of water in the impactors throughout the evolution of Venus in search for scenarios that could reproduce the present-day atmosphere. Since most impactors are delivered early in the evolution of the planet, our method constrained mainly the Late Accretion. This turned out to be an effective and original way to circumvent the lack of isotopic data on Late Accretion for Venus.

Once the models were set up, the bulk of the work was only a matter of checking as many plausible scenarios as possible. Indeed, it only took the individual review a few hundred simulations of the 4.5 billion year history of the planet. Yet, to our greatest surprise, the results seemed remarkably solid and stood many validity checks: no matter what combination of parameters (impactor distribution, composition, etc.), water delivery during Late Accretion had to be very small. This was consistent with mostly dry asteroids. Our results, despite relying on completely different methods, were compatible with those of isotopic studies on samples from Earth. They offer an independent viewpoint on a longstanding geochemistry question. They also shine a new light on how much water could be present at the surface of Venus throughout its history (i.e. not much!). Finally, this study serves as a proof of concept for our methods and integrated numerical models to be applied to other planetary bodies to investigate their temporal evolution. 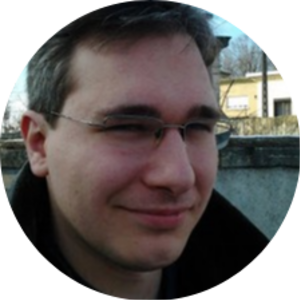 My main research interests are the evolution of terrestrial planets and their habitability, with a special focus on Venus. I work with numerical models of the interactions between the various volatile reservoirs of planets, from the deep interior to the upper atmosphere.
Follow