Observations taken with the Hubble Space Telescope reveal that interstellar comet 2I/Borisov has much more carbon monoxide than any comet previously observed in the inner solar system. This provides clues to both 2I/Borisov’s formation and the journey it took to arrive in our solar system.

Comets are icy remnants of the earliest times of planetary systems. As our system evolved, trillions of comets were thrown into the frozen realm by Jupiter’s massive gravitational influence, as the young planetary system fell into chaos. Our system lost at least 90% of its original comets, retaining merely a few tens of billions. Across the galaxy, the planetary systems of other stars are anticipated to have had similarly turbulent histories, shedding their own comets into interstellar space.

Scientists' long-sought hope has been to observe one of these primitive building blocks from another planetary system. The first, interstellar object 1I/’Oumuamua, was discovered speeding through the Solar System in 2017. This tiny world produced no detectable gas cloud, suggesting it was quite dry, rather than rich in ice. Without an accompanying coma, ‘Oumuamua left us with very little information about its chemistry — and with few clues to the nature of its home system. The second interstellar object, 2I/Borisov, was found in 2019, and was clearly active from the moment it was discovered (and even earlier once hunted for in archival images). We submitted a proposal to the Hubble Space Telescope’s Mid-Cycle observing program to measure the chemical make-up of this mysterious object, using the chemical fingerprint of comet composition that is best seen in ultraviolet light.

The observations were hard to get. First, Hubble is in high demand — typically only 10% of the requests for observing time on Hubble are approved. Second, 2I/Borisov is one of the faintest comets ever observed by Hubble. Third, to do spectroscopy of a comet, you have to know its position on the sky very accurately. Gas jets from comet nuclei tend to nudge them around a bit, and this leads to some uncertainty in predicting the comet’s future position. Hubble’s instructions for where to point the telescope are uploaded two weeks ahead of any observations it makes, and they need to be very accurate. We and the Hubble team at the Space Telescope Science Institute in Baltimore worked very hard with observers all around the world to get to know 2I/Borisov’s orbit as precisely as possible before our observations. Even then, we had multiple operational glitches, including Hubble going into safe mode around Christmas. What was intended to be one single long sequence of exposures of the comet turned out to be a four-week observing campaign.

This was a blessing in disguise. We were able to coordinate observations by both Hubble and its smaller ultraviolet-observing cousin, the Neil Gehrels Swift Observatory. When we examined 2I/Borisov’s ultraviolet spectra, we recognized a pattern we had seen many times before in Solar System comets: the fingerprint of carbon monoxide. Together, these telescopes’ observations showed that the chemical composition of the comet’s atmosphere changed a lot after its closest approach to the Sun. Ices of water and carbon monoxide have very different sublimation temperatures. Strangely enough, water ice seemed to stop sublimating from the comet, but the amount of carbon monoxide ice that the interstellar comet was shedding remained constant over the course of a month.

Our team first came together while working on the Rosetta mission to the Solar System comet 67P/Churyumov-Gerasimenko. We worked on the OSIRIS camera system, the ultraviolet spectrometer Alice, and the Rosetta Plasma Consortium Ion Electron Spectrometer (RPC-IES) to characterize the physical and chemical environment of the comet. For 67P, one of the things that really stood out was the extreme seasons that the comet experienced, and this taught us a lot about comet evolution. Comet 67P is really two comets in one: its northern hemisphere is heated when the comet is far from the Sun, while summer on its southern hemisphere happens when the comet is closest to the Sun. Because of this, the southern hemisphere loses a lot of its surface every time it passes the Sun. The erosion is fast enough that fresh layers are exposed every time, whereas in the north you have a layer of deposition and gradual depletion of ices near the surface. This is why Rosetta scientists concluded that the composition of gases released from the southern hemisphere of comet 67P probably better represents the chemical composition of ices stored in its nucleus.

We think something similar is at play with 2I/Borisov. A question in comet science that always haunts us is whether the chemistry that we see truly reflects the comet’s formation environment, or if it is caused by some physical processes along its journeys. 2I/Borisov seems to be a small comet with a nucleus about 0.5 km in radius, and it may have lost a meter or more of depth from its surface. Especially when it was closest to the Sun, this erosion could have exposed the interior of the comet to heating for the first time. This led us to conclude that our measurement of the composition of the gases surrounding it best reflected the icy composition of its nucleus.

What was surprising was the amount of carbon monoxide 2I/Borisov was producing. The ices in comets in our Solar System are typically mostly  water, carbon monoxide, and carbon dioxide. A leading theory is that the mixing ratio between these three reflects how far from the Sun a comet was formed. 2I/Borisov is nothing like our comets. Whereas the average Solar System comet has 4% CO compared to its water, Borisov has at least 1.7 times as much CO as water in its coma. There may be a few comets in our Solar System with such an odd chemical composition, but they are rare compared to the thousands of our comets that have been studied. 2I/Borisov is likely chemically ordinary for the system it was ejected from, just from our chance of seeing it among the many trillions of interstellar comets. Its formation location in its home disk must have been rich in carbon monoxide. Cooler M-dwarf stars, with their wider regions of well-chilled disks, are incredibly common in the Galaxy. 2I/Borisov may have bid farewell to the dim red glimmer of its parent star an unknown time ago, but its journey since then has kept it cool enough to carry its distinctive ices all the way to the light of our star. 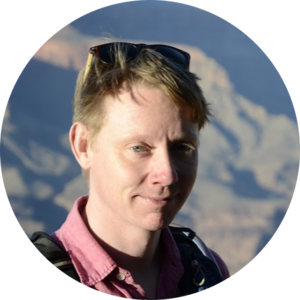