A community from Nature Research
Contributor Scientific Data
Behind the Paper

What the dataset contains?

Why the dataset is important?

The dataset is important due to two main reasons: 1. It is meaningful to study Martian atmospheric waves as a whole but there are currently no datasets that directly show atmospheric fluctuations; 2. Observation-based dataset is not only useful for observation-based scientific studies concerning Martian atmospheric waves, e.g., circulation, dust storms, and wave excitation mechanism, but also for cross-validating with model-based datasets or model results.

Why it is meaningful to study Martian atmospheric waves as a whole?

The importance of gravity waves (GWs), stationary planetary waves (SPWs), and tides for the atmospheres of Mars are now universally recognized. In some cases, these waves act together to modify the atmosphere, e.g., GWs and zonally modulated thermal tides jointly contributed to the significant wave activity over the Martian tropics. In other cases, they interact with each other, e.g., nonmigrating tides are believed to be partly excited by the interaction between the migrating tides and SPWs. Consequently, a study of these waves as a whole may better explain most of the atmospheric phenomena on Mars, which needs a dataset with a comprehensive estimate of the state and temporal evolution of the atmospheric waves.

Why the observation-based dataset is important?

Single spacecraft data is not always enough to study a certain atmospheric wave on Mars, let alone to study waves as a whole, and thus multiple data sources are in need for observation-based researches.

However, no observation-based dataset for Martian atmospheric waves has been established so far partly due to the scattered and discontinuous observation data that is not sufficient to build the dataset, either in time or space and the data scarcity had caused the difficulty in wave discrimination in the past. In addition, it is complex and time-consuming to gather temperature data of multiple spacecrafts together, get super-observation according to the weighting of data, reconstruct data with high accuracy, conduct error analysis and finally calculate the atmospheric tides, and that is why we do this. We have completed most of the data collection and processing and build an observation-based dataset, so that the researchers could save a lot of time when conducting studies concerning Martian atmospheric waves.

How we got this dataset?

The Martian atmospheric waves perturbation Datasets (MAWPD) is based on the grids established by Martian atmospheric temperature retrievals from instruments on multiple orbiters and landers, while the DINEOF reconstruction method is used to fill in the missing data of grids. The reconstructed grids are then used to calculate all the waves including tides, GWs, and SPWs. Generally, this can be divided into following steps:

Then, the Data INterpolating Empirical Orthogonal Functions (DINEOF) method, which ensures that the temporal information is not lost in the reconstruction of data without any a priori information, is used in the MAWPD to fill the missing data. The DINEOF had been successfully used as the basis of datasets on Earth to fill the missing. Due to the scarcity of observation coverage on Mars, there would still be some uncovered grids after conducting super observation and the DINEOF is one of the best methods at present to fill them correctly.

Based on the reconstructed temperature retrievals, we calculate gravity waves, tides, and stationary planetary waves in Martian atmosphere. So far, the calculation of the database has been completed, then we save the data in ‘nc’ format and complete the construction of the MAWPD.

Although it is recognized that the atmospheric waves are all propagating perturbations, with various wave parameters (e.g., amplitude, wavelength, frequency...), in the atmospheric fluid. Most observation-based researches on Martian atmosphere paid attention to only a certain of wave, and studied waves separately. Because of the great difference between different fluctuations, there is no problem in doing so. But we still suggest a study of these waves as a whole may better explain most of the atmospheric phenomena on Mars, since these waves were proved to act together and interact with each other sometimes. It is thus necessary to build a dataset with a comprehensive estimate of the state and temporal evolution of the atmospheric waves to sustain the relevant researches, and that is why we built the MAWPD.

The dataset, based entirely on multiple reliable observations, provides climatological background atmospheric information of temperature and wave disturbances on Mars. Due to the reliability and scarcity of observations relative to models, the climatological atmospheric information of MAWPD is not only useful for observation-based scientific studies concerning Martian atmospheric waves, e.g., circulation, dust storms, and the wave excitation mechanism on Mars, but also for cross-validating with model-based datasets or model results. 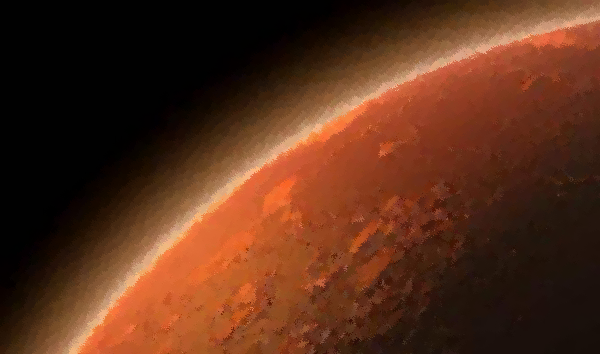