The current most distant and detailed picture of the Universe was captured by the Plank mission in 2020 and it corresponds to 380000 years after the Big Bang. This image reveals that density fluctuations in the matter distribution were already present at that time. The evolution and growth of overdense regions, known as protoclusters, led to the formation of the most massive galaxies. Thanks to the launch of the James Webb Space Telescope (JWST) a new Era is dawning for the study of these protoclusters structures. Nicolas Laporte and collaborators (A & A 667, L3; 2022) proposed a protocluster detection at z = 7.66. For the first time, they were able to detect the much fainter objects (six in totals) in the local environments (a square box of 40” x 40”) around the two central bright galaxies populating the protocluster (green circles, white box and red circles of the figure respectively).

This was possible thanks to the unprecedented resolution reached by the JWST. Collecting the halo mass measurements of the individual galaxies belonging to the structure, they obtained a total protocluster halo mass of 3.6 x 1011 M☉, in agreement with the evolutionary model of a Come -like cluster. Future JWST observations could be crucial to reveal the protocluster number density at z ≥ 6 and to deeply explore the processes happening in the most young and  istant Universe, such as the role of these protocluster structures in the reionization epoch. 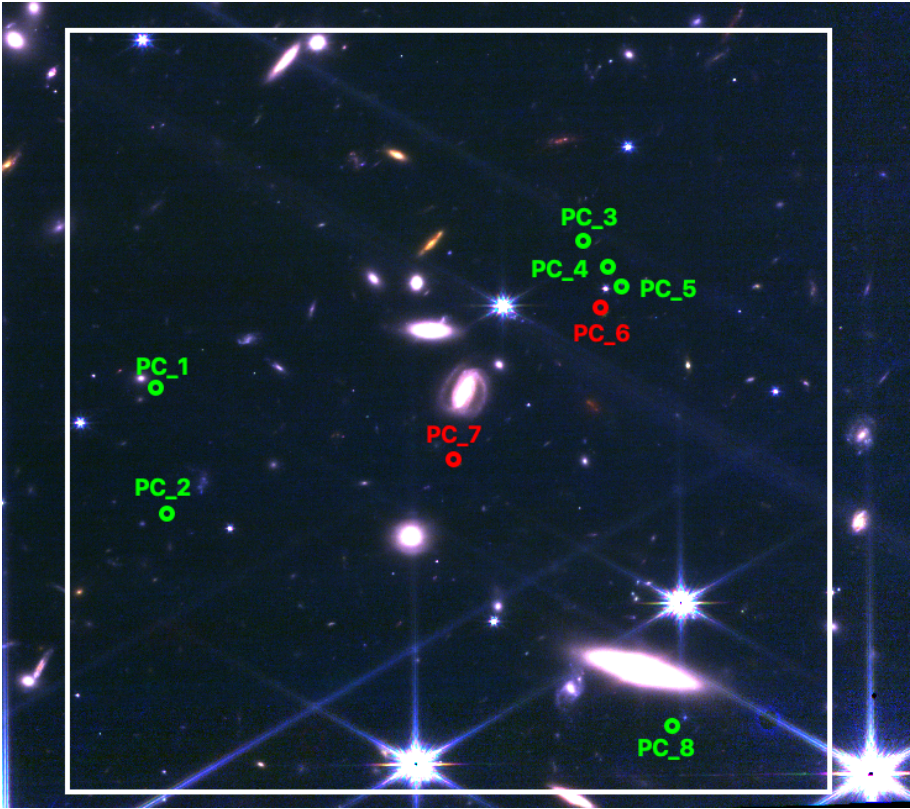