If you thought that the Nobel-Prize-winning LIGO discovery of stellar mass black hole mergers was cool, just think about the possibility of merging black holes with masses millions or billions of times that of the Sun! The enormous masses of black holes in centers of galaxies almost defy imagination. One would think that such energetic merger events or their progenitors -- supermassive black holes orbiting one another on tight orbits -- would be easy to identify. Yet they have so far eluded researchers, and discovering such objects remains a tantalizing goal of modern observational astronomy. The detection of gravitational wave emission from such supermassive black hole binaries is the principal goal of ongoing and upcoming low-frequency gravitational wave searches with pulsar timing arrays (NANOGrav, http://nanograv.org/) and planned space interferometer LISA (https://lisa.nasa.gov/).

Our paper "A hidden population of high-redshift double quasars unveiled by astrometry" (Shen et al. 2021) that appeared in Nature Astronomy on April 1 presents the discovery of two supermassive black hole pairs in the early universe. The black holes in our study are in a `quasar' phase -- they are swallowing surrounding material, which emits copious radiation before its final plunge into the black hole. Within each pair, the quasars are separated by ~10,000 light years, meaning that the galaxy mergers that host the pairs are well underway.

Two aspects of this study are important. This is the first detection of such small separation quasar pairs in the early universe. When two galaxies first come together, for hundreds of millions of years they conduct an orbital dance before they start blending into one single galactic merger product. There are many missing pieces in our understanding of this process, and especially of what happens to the two supermassive black holes. Therefore, the objects we have discovered offer the first probe of this mysterious stage.

But even more importantly, our study validates a novel search technique for dual supermassive black holes which may allow us to find a large number of these objects over the entire sky with high efficiency. The new technique (Hwang et al. 2020) takes advantage of the unprecedented astrometric sensitivity of the Gaia satellite. A single quasar in the early universe is much too far away for Gaia to be able to measure its parallax (reflex motion as the Earth is moving around the Sun) or its proper motion (velocity across the plane of the sky). However, if an apparently single quasar is instead a closely separated pair, the stochastic brightness variations of the two components lead to an ``astrometric jitter", in which the centroid of the light appears to move slightly back and forth: when the quasar on the left is brighter the total light shifts to the left, and when the quasar on the right is brighter the total light shifts to the right.

Guided by this idea, we used Gaia and Sloan Digital Sky Survey data to identify quasars that appeared single, but had much too much astrometric noise. We then proposed to conduct follow-up observations of some of these candidates with the Hubble Space Telescope, as its spatial resolution -- the ability to distinguish closely separated point sources -- is superior to any other available optical facility. These observations allowed us to see that out of four targets, three were made up of two different point sources. We further obtained Gemini spectroscopy and Very Long Baseline Array radio imaging, confirming two of the targets as quasar pairs.

After years of hard work and trial and error, several dozen pairs of active black holes have been identified in relatively nearby galaxies using a variety of observationally-expensive methods (Liu et al. 2018). But finding these objects at high redshift -- where the action should be -- has until now been prohibitively difficult: in ground-based survey data, high-redshift host galaxies are too faint to be detected and identified as candidate mergers, and the two quasars in the pair cannot be resolved into two individual sources when they are too close together. Our new technique based on the astrometric noise offers a possibility of finding dual quasars with a wide range of separations, and the observations presented by Shen et al. (2021) confirm the high efficiency of the new method. A large sample of such pairs, in turn, will enable new probes of all stages of the merger of galaxies and their black holes.

As the merger process continues, the two black holes will spiral closer and closer to the nucleus of the merger remnant galaxy, until they will be so close together that even our new astrometric noise technique cannot distinguish them from a point source. What direct evidence do we have for the existence of such binaries? The answer is -- surprisingly little, and many groups are working hard on developing methods and obtaining data to chase these elusive candidates. Moreover, it is not known how long supermassive black hole binaries spend in the gravitational wave stage of their careers. This and other questions about the dual supermassive black hole evolution will undoubtedly be the subject of continuing research in the upcoming decade. 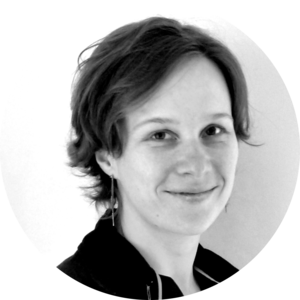