Backward-in-time integration of the orbits of the Martian moons, revealed a remarkable finding; the orbits of the moons appear to cross, suggesting that they originated from a common progenitor body. Results are based on joint state-of-the-art methods of celestial mechanics and geophysical modeling. 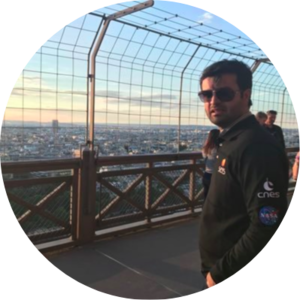 Along with the Earth, Mars is the only body in the inner solar system to have circling companions. Asaph Hall discovered the Martian moons Phobos and Deimos in 1877, but their origin has remained controversial since. Part of the conundrum concerns their physical characteristics. These satellites are relatively small (with diameters less than 30 km) and are irregularly shaped. Unlike our Moon and the terrestrial planets, Phobos and Deimos are not very dense, implying that they are porous and, possibly, loose aggregates. At a distance of ∼9377 km from Mars’s surface, Phobos is currently well within the synchronous radius (the distance at which the satellite’s mean motion equals the planet’s spin rate) and is so close to its Roche limit that indications of tidal disruption are visible on its surface. By distinction, Deimos is located beyond the synchronous radius, at ∼23463 km, and is gently spiraling away.
Obtained from Phobos’s and Deimos’s surface reflectance spectra, the surface compositions of both these satellites appear distinct from that of Mars, and resemble the spectra of primitive outerbelt carbonaceous asteroids. Owing to this resemblance, it was suggested that they either were placed in orbits about Mars through capture from the nearby asteroid belt or that they represent remnants of a larger disrupted parent body that had been either captured by Mars. 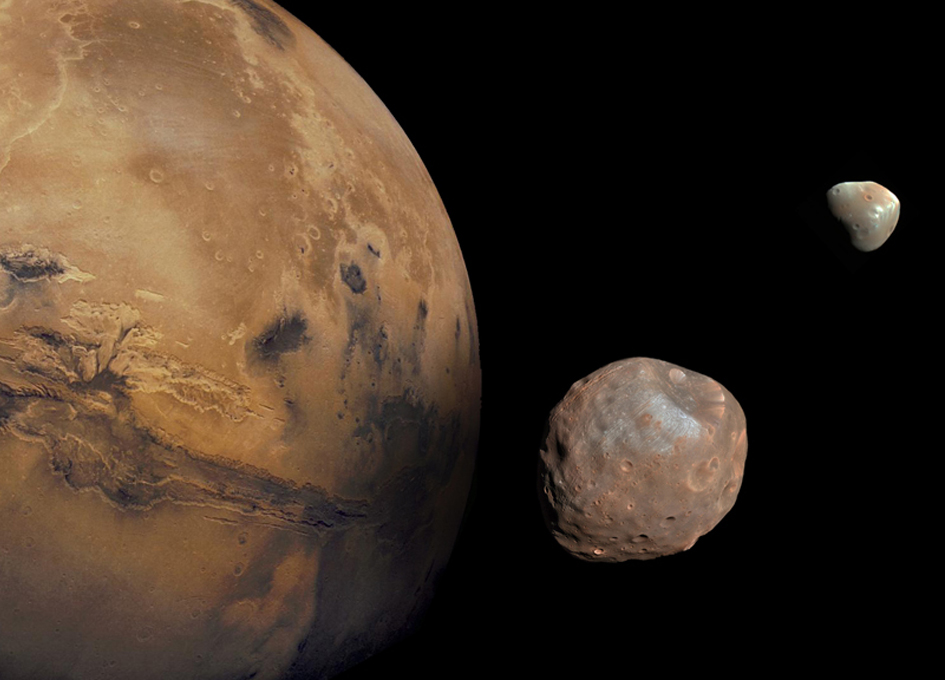 Mars and its two moons Phobos and Deimos. The moons' highly cratered surfaces suggest that the moons are relatively old, while their irregular shapes suggest asteroids captured from the nearby asteroid belt. Credit: NASA/JPL-Caltech/University of Arizona

While capture provides a simple explanation for the apparent compositional differences between Mars and its moons, the orbital changes required to meet the present-day almost circular and near-equatorial orbits of the satellites do not easily fit in the existing capture models. These dynamical difficulties resulted in alternative origin scenarios proposing in-situ formation of the moons through an impact between Mars and another object. However, such scenarios are not without challenges in explaining the size of the moons, their current locations, and their maximal tidal lifetime.

In 2019, when I was working on modelling dissipation in Mars for the InSight Mission (which is operated by NASA’s Jet Propulsion Laboratory), as part of my PhD at ETH Zurich, I realized that most of the existing knowledge in this regard originates from measurements of the secular acceleration of Phobos’s orbit by previous missions such as Mars Global Surveyor and Mars Express. Therefore, an immediate application of our study was to integrate the orbital distance of Mars forwards in time to calculate the remaining lifetime of Phobos until it either crashes on Mars or disintegrates due to the strong tidal forces. Based on our model simulations, we found that in about 39 Myrs, Phobos will reach Mars’s Roche limit, which was in line with previous studies. 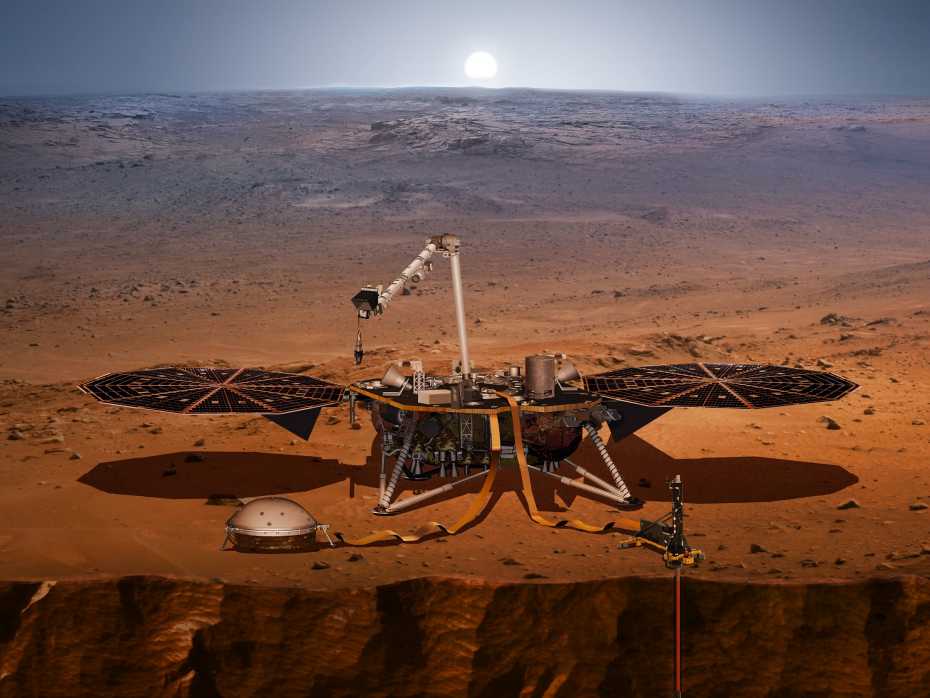 InSight Lander on Mars has detected several Marsquakes for the first time which are used to infer knowledge about the red planet's interior. Image credit: NASA/JPL-​CalTech

Studying the future fate of the moon encouraged me to discuss with my colleagues Amir Khan, who also happens to be my supervisor, and Michael Efroimsky the possibility of studying the past history of the orbits of the moons and find clues to their origin: “If we can integrate the orbits forward-in-time, why should we not use a similar technique to study their birth?” The problem turned out to be considerably more complex than initially envisaged, but we learned a lot along the way.

Exploiting the existing knowledge of the interior and dissipative properties of Mars along with estimations about those of the two moons, we started 100s of backward-in-time integration of the orbits with different input parameters. For this purpose, we expanded the previous tidal evolution theory which was found to be significantly problematic for the large eccentricities obtained in our simulations. We took into account different effects such as the moons’ libration in longitude, the resonance interaction of the moons with Mars, the Sun, and each other, and the interior properties of the moons.

In a wide range of the considered cases in our paper, the crossing of the orbits of the two moons appears to be inevitable. This implies that the two moons should have originated from a common progenitor which disintegrated 1-2.7 billion years ago to form Phobos and Deimos. The disruption event occurred in a way that Phobos and Deimos were left with relatively high initial eccentricity. Phobos’s orbital properties was such that it descended below the synchronous radius and evolved to its present-day orbit. Deimos, on the other hand, and despite orbiting beyond the synchronous radius, also started off by migrating inwards until its orbital evolution reversed and it started moving outwards because of tidal damping of the eccentricity. This observation runs counter to the popular belief that any satellite located beyond the synchronous radius always evolves in a direction of expanding its orbit. An artistic rendition of the birth of the Martian moons Phobos and Deimos. Image by Mark A. Garlick (markgarlick.com)

Our new model for the origin of the Martian moons reconciles the observed present-day orbital configuration, the apparent fractured nature of the moons, and their compositional differences with Mars. The details of the disruption event is not part of our current study and will have to be considered in more detail in future studies. The data obtained from the ongoing Mars InSight Mission by NASA and the upcoming MMX (Martian Moons Exploration) mission by The Japan Aerospace Exploration Agency will further help to settle the question of the origin of Mars’s enigmatic moons.