Multi-messenger astronomy has got a lot of attention recently because of the simultaneous detection of a binary neutron star merger with both electromagnetic and gravitational wave data. Such searches are often compared to searching for a needle in a haystack, with astronomers scouring the skies for the characteristic electromagnetic signature known as a “kilonova”. From the perspective of a neutrino astronomer, this is a rather envious position, because at least they know what they’re looking for! In our haystack we might find an accreting black hole, an exploding star, or something entirely unexpected. Theorists have provided a number of suggestions for possible source candidates, but so far we have yet to match this with clear evidence of correlation with a particular astrophysical population.

One big hint came in 2017, when high-energy neutrino IC170922A was linked to TXS 0506+056, a flaring active galaxy with a relativistic jet (a “blazar”). In that case, gamma-ray data from the Fermi satellite was key to establishing the connection. Unfortunately, that doesn’t mean that our puzzle is finally solved. An analysis of the entire Fermi gamma-ray blazar population limited their contribution to no more than 27% of the total astrophysical neutrino flux. So, while some neutrinos may come from flaring blazars like TXS 0506+056, we know that most astrophysical neutrinos originate from other sources.

With our neutrino follow-up program for the Zwicky Transient Facility (ZTF), we try to keep an open mind. We check all objects detected in coincidence with a neutrino, and try to identify anything from populations suggested by theorists. While we might not know exactly where neutrinos come from, we have some idea of where they don’t come from. Common background objects such as stars, asteroids, or Type Ia supernovae, are not expected to produce any high-energy neutrinos. Having removed those objects, we would typically look for things such as gamma-ray burst afterglows, extreme blazar flares or particular types of supernovae. Of course the universe can always surprise you, so if we happened to find something unique or extraordinary, we would naturally investigate that too!

For IC191001A we immediately spotted something unusual in our observations, a tidal disruption event (TDE) named AT2019dsg. Such TDEs occur when a star happens to pass too close to a supermassive black hole, and the resultant tidal force rips the star apart. The object stuck out because TDEs are rare events (with ZTF we’d only managed to find seventeen across the entire sky), and had already been suggested as possible neutrino sources. AT2019dsg was unusually bright too, with the second highest bolometric energy flux of the ZTF TDEs. Even accounting for all eight neutrino follow-up campaigns that we’d done so far, the probability of finding such a TDE by chance was just 0.2%, so it was clearly unlikely that the TDE and neutrino were unrelated.

Finding the neutrino association was just the beginning. Having noticed the association, the first thing we did was trigger observations across the electromagnetic spectrum. In the end we collected data with fifteen instruments, from radio to gamma rays, providing a comprehensive view of the object. The radio data we collected was particularly exciting, because it proved that the system had a central engine which was powering particle acceleration. This set alarm bells ringing, because neutrinos can only be produced through the interaction of accelerated hadrons. Here we had found the first TDE coincident with a neutrino, and it turned out that this was also the first TDE for which we had direct proof of long-lived particle acceleration. This independent evidence, demonstrating that AT2019dsg satisfied necessary conditions for neutrino production, strongly reinforced our conclusion that the association was genuine.

So where do we go next in the hunt for neutrino sources? Obviously we are eagerly looking for the second, third and fourth neutrino TDEs. Our neutrino program with ZTF is still ongoing (with twenty campaigns as of Feb 2021), and we remain optimistic that AT2019dsg will not be the last neutrino-TDE association that we find. But, in the end, we might find out that our opening question might not have a straightforward answer. Ultimately, rather like asking “where do photons come from?”, the answer may well turn out to be “lots of places!”. Now we have hints that some neutrinos likely come from tidal disruption events, but there’s a lot more unexplained neutrino flux to go around. The next association could easily come from something else entirely! 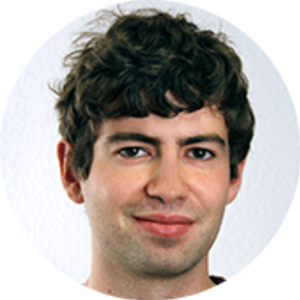