Clusters of galaxies are the most massive and largest astronomical objects in the Universe. A cluster evolves through collision and accretion with surrounding material. Such violent phenomena generate a shock and wake (called the “cold front”) in the highly ionized plasma, the intracluster medium: ICM. These structures can heat up the ICM, induce a motion in plasma, and amplify the magnetic field by compressing and draping the intracluster magnetic fields. Such energy conversion from the gravitational energy to thermal and non-thermal energy is of fundamental importance to understand the evolution of galaxy clusters. Particularly, the nature of the intra-cluster magnetic fields is poorly understood because of the lack of observational evidence. A new approach to map and characterize magnetic layers has been highly desired.

MeerKAT telescope, a precursor of the Square Kilometer Array (SKA), offers tremendous sensitivity and reasonable resolution for studying ICM. The MeerKAT is the state-of-art 64-dish (each 13.5m in diameter) radio interferometer located in the Northern Karoo desert of South Africa.

Located more than 600 million light-years away in the direction of the constellation Columba, MRC 0600-399 is known to have unusual jet structures bent to 90-degree angles. Previous X-ray observations revealed that MRC 0600-399 is the core of a sub-cluster penetrating the main cluster of galaxies (Figure 2 left panel) and a cold front is formed at the tip of the sub-cluster. Presence of strong magnetic layers at the cold front is then naturally expected from the observations. In this sense, MRC 0600-399 is an ideal laboratory to investigate interactions between jets and magnetic fields in galaxy clusters.

Our new MeerKAT observations (https://dx.doi.org/10.1038/s41586-021-03434-1) revealed unprecedented details of the jets, most strikingly, faint “double-scythe” structure extending in the opposite direction from the bend points and creating a “T” shape (Figure 2 right panel). These new details show that, like a stream of water hitting a pane of glass, this is a very chaotic collision. Dedicated computer simulations is required to explain observed jet morphology and possible magnetic field configurations.

Using NAOJ’s supercomputer ATERUI II, the most powerful computer in the world dedicated to astronomical calculations, a magnetohydrodynamical simulation was performed. The simulations assumed an arch-like strong magnetic field, neglecting messy details like turbulence and the motion of the galaxy. This simple model provides a good match to the observations, indicating that the magnetic pattern used in the simulation reflects the actual magnetic field intensity and structure around MRC 0600-399 (Figure 3 and 4D animation). More importantly, it demonstrates that the simulations successfully represents and reproduces the underlying physics so that it can be used for other objects to characterize more complex magnetic field structures in clusters of galaxies. This provides astronomers with a new window to understand magnetized universe and a tool to analyze the higher-quality data from future radio observatories like the SKA. 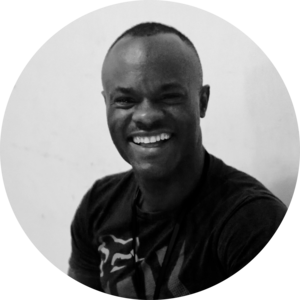