Fast radio bursts are bright, millisecond-scale radio flashes of yet unknown physical origin. We report the first simultaneous detection of a hard X-ray burst, and a bright radio burst with properties remarkably similar to those of FRBs from a magnetar in our Milky Way galaxy.

Fast radio bursts, or FRBs, are bright radio transients, which last just milliseconds and have extragalactic origins. Since their discovery in 2007, we have learned a lot about these intriguing radio wave signals. Presently, more than hundred FRBs are known, and an increasing number of the sources have been found to repeat. Their short-lived nature makes it challenging to determine their sky positions with the high precision, and only a handful of FRBs have been traced to their host galaxies: large and small, young and old. The fact that FRBs come from such a wide range of galaxies is very interesting and provides some constrains on FRB sources.

But we still have much to learn about FRBs, such as what causes them. Numerous and varied theories have been proposed to explain the enigmatic signals. The majority of these theories invoke some kinds of stellar remnant as FRB sources. In particular, highly magnetized young neutron stars known as magnetars have emerged as leading candidates for FRB progenitors owing to their energetics and high X-ray flaring activity. Until now, however, there has been no observational evidence directly linking FRBs with magnetars or other astronomical phenomenon.

April 28, 2020 began as a regular, boring day of the COVID lockdown...and ended as the one of the luckiest, the day we got the first direct evidence that magnetars can cause at least some FRBs. On that day the Galactic magnetar known as SGR 1935+2154 blasted out a simultaneous X-ray and radio bursts with quite similar, double-peaked light curves. The radio burst was detected by the CHIME/FRB and the STARE2 and was very bright, with properties remarkably similar to those of FRBs. The X-ray burst was observed by several space detectors. These include the European Space Agency’s INTEGRAL space telescope, the Italian Space Agency’s AGILE mission, the Russian Konus-Wind instrument aboard NASA’s Wind spacecraft, and the Chinese Insight space observatory.

It was the first FRB ever seen from within our Milky Way galaxy, as well as the first FRB accompanied by emission in any other waveband. And, what is the most essential, this is the first FRB clearly linked to a known astrophysical object. Although energy scales of the SGR 1935+2154 radio burst and extragalactic FRBs are different by several orders of magnitude, the discovery of the April 28 event makes an exciting breakthrough towards closing the energy gap between Galactic magnetars and cosmological FRBs, providing new evidence that magnetars could be the sources of extragalactic FRBs.

From our analysis of Konus-Wind data, the April 28 X-ray burst had an interesting peculiarity. While the shape of the burst X-ray spectrum and its energy are in line with other magnetar flares, it has an unusual spectral hardness: it is the hardest among all the bursts observed from SGR 1935+2154 so far, and there are only five hard-spectrum events similar to that among all bright short bursts detected by Konus-Wind from six prolific magnetars for more than 25 years. This, and a recent non-detection of radio emission from about one hundred typical, soft-spectrum bursts from the SGR 1935+2154, may imply the importance of this peculiar property for explaining mechanisms by which magnetars can drive FRBs as well as the rarity of such events.

The first simultaneous detection of an FRB from a magnetar in the Milky Way and its high-energy counterpart opens up a new exciting chapter in the era of modern time-domain astronomy. Further identifications of hard X-ray counterparts to FRB-like bursts, as well as their observations at other wavelengths, will allow us to obtain unique information on the processes in the emission region and thus to constrain the magnetar models of FRBs. 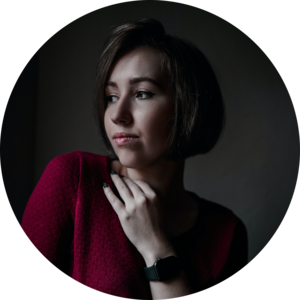