Supermassive black holes go through repeated phases of activity during their lifetime. LOFAR observations at frequencies <200 MHz show with unprecedented detail the impact they can have on their surrounding intergalactic medium over timescales of hundreds million years.

Due to their enormous gravitational force, supermassive black holes at the centre of galaxies are known to attract all the gas that surrounds them. In this process large amounts of energy are released in different forms. Sometimes this energy comes in the form of particle streams moving close to the speed of light and producing radio waves. In turn, these streams generate bubbles of particles and magnetic fields that, while expanding, can heat and move the intergalactic medium surrounding them. This has an immense influence on the evolution of the intergalactic medium itself and, eventually, sets the rhythm at which galaxies form stars and evolve.

While the importance of this so-called ‘mechanical active galactic nuclei (AGN) feedback’ on galaxy evolution is clear since many years based on energetic considerations, the exact way these bubbles evolve and eventually mix with the surrounding medium and transfer energy to it, is still very much unknown. It is indeed very difficult to detect these bubbles in their late phases of evolution because of the short synchrotron lifetime of electrons (a few tens up to hundreds of million years) that are responsible for the observed radio emission. Observations at very low frequencies (<500 MHz) with new generation radio telescopes, are sensitive to the oldest emitting particles (which are invisible at higher frequencies) so they are the best tool we have to investigate this process.

The discovery published yesterday in Nature Astronomy shows for the first time, in very fine detail, what happens to the AGN bubbles over timescales of hundreds of million years and on spatial scales of hundreds of kiloparsecs. The story of this discovery starts in April 2020 when Tim Shimwell (ASTRON, Leiden Observatory) and I spotted a very spectacular and bizarre source in the LOFAR Two Meter Sky Survey (LoTSS). LoTSS is a currently ongoing survey, which is mapping the entire northern sky at 144 MHz (with ~30% being completed so far), using the Low Frequency Array (LOFAR) and is giving us continuous surprises. To understand what we were looking at, we started investigating that area of the sky at different wavelengths and started collaborating with various colleagues, spread over different countries and who are experts in different fields. We observed the source again with LOFAR, this time at even lower frequencies, 53 MHz, and we analysed the 0.5-2.3 keV X-ray emission collected with the new telescope eROSITA-SRG.

The system turned out to be a galaxy group, first identified in the literature in the infrared band and called Nest200047. The group is made of about twenty galaxies and is located at a distance of ~200 light years from us (z=0.1795). At its center there is a massive elliptical galaxy called MCG+05-10-007, whose central black hole is producing jets or relativistic particles and magnetic fields, which we can observe in the radio band. We actually observe multiple pairs of bubbles with different ages, which have been produced by the black hole during repeated outbursts over its lifetime. The spectral index map shown in Fig. 2 was obtained by combining the two LOFAR datasets at 144 MHz and 53 MHz and clearly shows us that the radio emission closer to the central galaxy is younger (flatter spectral index), while the emission at the outskirts is very much older (steeper spectral index).

The most stunning thing, however, is that we observe for the first time in great detail, how the bubbles rise and transform into the surrounding intergalactic medium over hundreds of million years. The transformation of the old bubbles from approximately spherical shapes to mushroom shapes and rings is very similar to what happens during powerful explosions or volcanic eruptions on Earth. This happens because in all these cases the medium surrounding the bubbles (the intragroup medium and the Earth atmosphere, respectively) is stratified, with higher density in the central regions and lower density moving towards the outskirts. For this reason it exerts different pressure to the top and bottom regions of the rising bubbles, shaping their morphology. Moreover, during their rise and likely influenced by a turbulent environment, the bubbles start getting disrupted and shredded into thin filamentary structures, and eventually they are expected to completely mix up with the intragroup medium.

The fact that these filaments can survive for such a long time is also very interesting and is likely connected with the presence of magnetic fields. Indeed, in plasma physics magnetic fields start playing a role below the plasma Alfvén scale, which, in this case, is very similar to the filament width (a few kiloparsecs), suggesting that magnetic fields could be acting as shield against the development of plasma instabilities. Future studies of these filamentary structures, which have become more and more common in radio observations of radio galaxies in recent years, will surely deliver us new insights into the magnetic properties of the intragroup/intracluster medium.

Overall, Nest200047 clearly shows how the radio-emitting plasma associated with the AGN jet activity can be transported up to distances of hundreds of kiloparsecs from the black hole and can get distributed such to permeate most of the volume of a galaxy group. LOFAR observations of this system offer us a rare and unique opportunity to study the evolution of AGN bubbles for hundreds million years, all the way to the break-up into the ambient medium, providing new exciting pieces of the puzzle, which is AGN mechanical feedback. 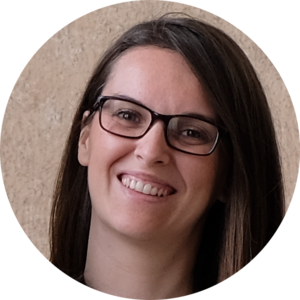