Observations of exoplanet atmospheres have revealed an abundance of clouds and hazes that disrupt our measurements of their gaseous compositions and thermal structures. Many possible cloud compositions have been proposed, but which ones dominate and how do they vary across different exoplanets?

Clouds have been the bane of astronomers for as long as telescopes have been aimed at the night sky. For planetary and exoplanet astronomers, this insult is doubled - not only do we have to contend with water clouds on Earth, but we must attempt to see past other types of clouds on these other worlds as well. We have looked past clouds in the atmospheres of other Solar System planets, such as the sulfuric acid clouds on Venus and the ammonia clouds on Jupiter, by looking at them at long wavelengths (e.g. in the mm - cm range) where these clouds become optically thin. If we're feeling especially adventurous, we would lob probes deep into their atmospheres, past the clouds, to take a sniff at their gaseous compositions. These methods are currently not possible for exoplanets, however, as they are too dim at long wavelengths and too far for in situ measurements.

Indeed, the observational methods that we can use to probe exoplanet atmospheres involve capturing UV, visible, and infrared light from their host stars transmitted through and reflected off of their atmospheres and light that they emit directly, which are all strongly impacted by the presence of clouds and hazes. As such, understanding how these particles are formed and distributed in an atmosphere is vital for understanding exoplanet atmospheres as a whole. This is the goal that we have been working towards for the last several years. Our strategy was to combine detailed models of cloud physics with a large compilation of exoplanet data across planet parameter space, with the hopes of deriving a "unified theory" of exoplanet aerosols that can be applied to all exoplanets.

This work began midway through my PhD. I had worked with a cloud physics model (CARMA) to simulate the sulfuric acid clouds of Venus and I was beginning work on expanding the model to include photochemical hazes for a Pluto project. As I read more about exoplanets, however, I realized that my modeling could be adapted to model clouds and hazes in their atmospheres, potentially shedding light on aspects of aerosol physics that had not been considered in the field before, and explaining why some exoplanets are cloudy while others aren't.

The main challenge at the start of this work was to collect all of the material properties of all of the exoplanet condensates that have been hypothesized, which involved a deep dive into material science literature, something I didn't expect would happen during a planetary science PhD focused on atmospheres. Together with co-authors Diana Powell and Xi Zhang (UC Santa Cruz) and collaborators Björn Benneke (University of Montreal) and Vivien Parmentier (University of Oxford), we published a few "proof-of-concept" studies featuring a subset of the predicted condensates (Gao & Benneke 2018; Powell et al. 2018). These, along with an initial paper comparing our updated CARMA with the eddysed cloud model (Gao et al. 2018) that I wrote with Mark Marley (NASA Ames) and Andy Ackerman (NASA GISS) were the beginnings of our foray into exoplanet cloud physics.

While we were working on these papers in late 2017, we managed to cobble together all of the material properties we needed and did some test simulations. With optical constants from co-authors Caroline Morley (UT Austin) and Hannah Wakeford (University of Bristol) and guidance from co-author Jonathan Fortney (UC Santa Cruz), we computed cloud optical depths for giant exoplanets of various temperatures from about 700 to 2200 K. While the results were interesting, we were missing that connection to observations that would strengthen them. This connection came during the 2017 Division for Planetary Science meeting. There, I discussed our work with co-author Kevin Stevenson (APL), who pointed out that our results were suspiciously similar to the observed trends in exoplanet cloudiness in transmission as a function of planet equilibrium temperature. Perhaps we were onto something after all?

The possibility that we may have been on our way to discovering some fundamental behavior of exoplanet aerosols was extremely enticing, and so we devoted the next 2+ years (and countless hours of CPU time) on doing progressively more rigorous simulations of exoplanet clouds with CARMA. Along the way, we included more physical treatments of atmospheric mixing by considering mixing length theory; we created a more realistic grid of atmospheric temperature-pressure profiles with the help of co-author Daniel Thorngren (University of Montreal) by taking into account the variations in the radiative-convective boundary with planet equilibrium temperature, for which we published a fun little letter (Thorngren et al. 2019); we included the effects of photochemical hazes with the aid of collaborator Danica Adams (Caltech; Adams et al. 2019); we improved our understanding of the data set thanks to co-author Hannah Wakeford (University of Bristol); and we added equilibrium chemistry considerations for the limiting abundances of several condensate vapors with the help of co-author Graham Lee (University of Oxford).

While our updated model was more physical, it was not reproducing the trend in the data. Specifically, we were overestimating the cloudiness and thus not capturing the bump in the data at ~1300 K. We were still missing something. After months of rerunning the model and changing various model parameters, we hit upon a possible answer: variations in contact angles between the different condensates and their condensation nuclei. This turned out to work very well: clouds composed of iron and metal sulfides no longer formed in significant amounts, reducing the cloud optical depth at 1300 K and allowing us to reproduce the bump in the data. This revelation also vastly reduced the complexity of the inferred mechanism behind the observed cloudiness trend, as it now relies on only two kinds of aerosols and their evolution with temperature: silicate clouds and photochemical hazes.

Being a big fan of the Marvel Cinematic Universe (MCU), I've likened our journey from our first paper in this endeavor to our current results to Phase 1 of the MCU. We even have the same number of papers as the number of movies. This would make this article "The Avengers", which is fitting. And like "The Avengers", this article both marks the culmination of a story and the beginning of a new one. We plan to test our prediction that silicates dominate the cloud composition of hot giant exoplanets by comparing our model results with thermal emission and reflected light observations thereof. Already, we are seeing hints of qualitative agreement, such as the constant nightside temperatures of hot Jupiters pointing to control of nightside temperatures by a single cloud deck (silicates?), and the highly reflective daysides of some hot Jupiters (silicates are highly reflective). Our prediction can also be applied to directly imaged exoplanets and brown dwarfs, where the dynamics and dominance of silicate clouds may explain the existence of the L/T transition, and why there is only one such transition rather than several. Finally, we may already be seeing an extension of the haze trend of our model to lower temperatures (and lower mass planets), though the trend may reverse at lower temperatures still. Of course, more rigorous studies on all of these topics will be needed, so look out for our Age of Ultron and Infinity War/Endgame in the years to come. 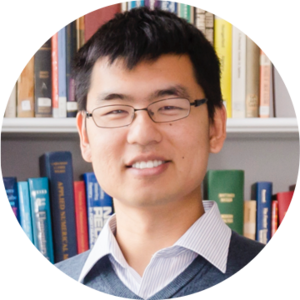