The 'Neptune Desert' appears as a sterile region in the planetary mass-radius plane. Worlds like Neptune orbiting very close to their stars are rare indeed. The arrival of the first Ultra Hot Neptune, LTT 9779 b, may hold the key to unlocking the mysteries of this barren realm.

The Sector 2 planet candidates from the Transiting Exoplanet Survey Satellite (TESS) dropped in late 2018, just before our observing run on one of the worlds most precise instruments for measuring planet masses, the High Accuracy Radial-velocity Planet Searcher (HARPS).  I remember sifting through each and every candidate, selecting those that would be amenable to HARPS observations, and then suddenly one hit me.  An extreme outlier in the ensemble of candidates.  A planet with a size a little larger than Neptune, but orbiting its star in less than a day.  Furthermore the star was bright, when compared to the usual stars that host transiting planet.  This was a clear 'high-priority' target, and even though such candidates mostly turn out to be false-positives, the urge was too great to resist, and so we would devote a large fraction of our HARPS time to test if this could be a real, odd-ball planet.

The arrival of the TESS promised new planetary systems that would be ripe for detailed follow-up studies to learn about the nature of planet formation and evolution. Finally, a space mission that would survey the whole sky at extreme precision, looking for the tell-tale signatures of small planets passing in front of bright stars; stars bright enough that we could study the planets in detail using instruments on the ground.  The transit method requires that planets pass directly in front of their stars, aligned with our observational line of sight, blocking out some of the stellar light, and allowing instruments like TESS to capture those small drops. The transit method therefore, is biased to both larger planets, (deeper eclipses), and planets with smaller orbital periods, (higher probability of transit and more of them when compared to planets further from the star). So why then would such a planet candidate be such a surprise?

An earlier NASA space mission to hunt for small transiting planets, known as Kepler, opened up an unprecedented vista on the overall population of planets in the galaxy.  Although Kepler only studied one part of the sky in the northern hemisphere, it was able to carve out the distribution of planets orbiting close to their stars.  We quickly realised that so-called 'super-Earth' planets, those with planetary masses between ~2-10 Earth-masses, were the dominant outcome of the planet formation process orbiting Sun-like stars.  Planets with orbital periods of less than one day, ultra-short period (USP) planets, were also discovered in somewhat abundance by Kepler, mostly as small rocky planets, but also as an extension of the hot Jupiter population, gas giants orbiting extremely close to their stars.  Neptunes, on the other hand, were found to be more populace than gas giants, but not at the shortest orbital periods.  In fact, the Kepler data revealed a region of parameter space called the Neptunian Desert, where planets with Neptune-like masses and radii seem to avoid.  This desert becomes apparent at orbital periods of less than around four days, where there are almost no worlds with masses greater than 10 times that of the Earth, up until we reach the gas giants.  The desert is even more pronounced for the USPs, with two clusters of planets apparent, the super-Earths and the hot Jupiters.  The period and radius inferred for the candidate planet orbiting LTT 9779 from the TESS light curve analysis, would place it firmly in the USP Neptunian Desert region.

One of the graduate students, Nicolas Kurtovic, from our New Worlds Lab group would be carrying out the observations with HARPS at the ESO La Silla Observatory in northern Chile.  HARPS uses the Doppler Method to search for planets, a technique that applies high-resolution spectroscopy to measure the radial velocity of a star, towards us and away from us, due to the slight gravitational tug of an orbiting planet.  HARPS allows us to measure these velocities to better than one metre per second precision, sufficient to detect planets of only a few Earth-masses with short period orbits.  Each morning I eagerly got up early to download the velocities and spectra from the previous night's observing run, checking the spectra for any irregularities that could indicate the presence of a blended stellar intruder.  None were present.  More fun was adding the velocities to the time series and building up the radial-velocity curve, allowing us to constrain the mass.  With only four nights of data, we knew we were on to something exciting, as the mass constraints were come in as around 30 times that of the Earth.

In the meantime, we also took additional spectra to help with the characterisation of the host star.  Using the Network of Robotic Echelle Spectrographs and the Tillinghast Reflector Echelle Spectrograph, in addition to our HARPS spectra, we were able to show that the star has a mass and radius close to that of the Sun, is super metal-rich with almost twice the amount of iron than the Sun, it is a slow rotator and inactive, and has an age of around two billion years.  Highly sensitive adaptive optics observations were also made, to rule out background stars that are positioned very close to LTT 9779 on the sky, that could be causing the transit events in the TESS lightcurve.  Both NIRC2 at the Keck Observatory and HRCam on the SOAR telescope confirmed the lack of any background contaminating sources.

In the end, and by combining our 32 HARPS velocities with 18 lower-precision velocities from the Coralie spectrograph, we were able to confirm the planetary nature of the TESS transit, whilst measuring a mass of 29 Earth-masses.  Additional ground-based photometric follow-up from the Next Generation Transit Survey and the Las Cumbres Observatory were also made, to help confirm the transits at higher sensitivity, further constrain the orbital mechanics, and provide a more precise radius measurement.  We found a planet radius of 4.5 times that of the Earth, therefore arriving at a planetary bulk density of 1.7 grams per cubic centimetre, similar to that of Neptune in our Solar System.  More surprising is the planet's equilibrium temperature, around 2000 K, hot enough to classify it as the first Ultra Hot Neptune.  'Ultra Hot' planets have temperatures high enough to dissociate molecules in the atmosphere and ionise metals, promising an interesting mixture for future astronomers to investigate and characterise.

Confirming that such extreme planets could indeed exist is ground-braking, but the real work comes now, when trying to understand how such a system could form.  Questions on the planet's existence are not easily explained, like why it still seems to have a significant atmosphere, even though our photoevaporation models revealed that it should have lost its atmosphere long ago?  What type of atmosphere does it have?  And how, and when, did it reach its current orbital distance?  It is these types of questions that will ensure a golden future for the LTT 9779 system.  The star is sufficiently bright and nearby that follow-up observations and modelling efforts from the ground and space will reveal a lot about the planet's structure, chemical composition, and evolution.  Given it is unlikely that we will find another LTT 9779 b analogue orbiting such a bright star, we must work hard to extract as much detailed information as possible from this diamond in the cosmic rough.  Improbable planets like this can provide opportunities to study the nature of worlds in ways, previously not thought possible. 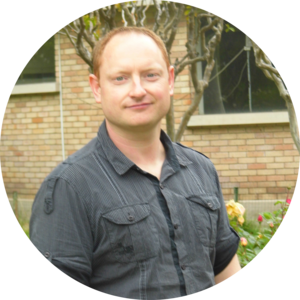