Even though thousands of exoplanets have been detected in our galaxy during the past decades, only a small fraction of these distant worlds has been imaged. New observations with the Very Large Telescope enabled us to take the first image of two gas giants that are orbiting a young solar analogue.

The advances and discoveries of the past thirty years have fundamentally affected our understanding of planetary systems. Starting off with eight (Solar System) planets that were known by the early 1990s (or rather nine Solar System planets, because Pluto was still considered a planet that time) we began to discover an abundance of planets outside our Solar System that impressively demonstrates the variety of potential planetary system architectures. In many cases these exotic environments differ vastly from what we have known before. Yet most of these remarkable discoveries have been made by indirectly inferring the presence of an exoplanet from stellar parameters such as their light curves or reflex motions. By now, only a few dozens of planets outside our Solar System could be captured in an image. This can mainly be attributed to large contrast between star and planet that has to be overcome at very small angular separations. Despite these challenges, future generations of ground and space-based observatories might be able to take the first images of Earth-sized exoplanets, which certainly is one of the most promising avenues to thoroughly study the atmospheres and potential habitability of these distant worlds.

To explore the wide-orbital architectures of particularly solar-like environments, we launched the Young Suns Exoplanet Survey (YSES), which is targeting a very homogeneous sample of 70 solar-mass members located in the Lower Centaurus Crux sub-group of the Scorpius-Centaurus association. With SPHERE - one of today's most advanced adaptive-optics assisted imagers that is mounted at the Very Large Telescope of the European Southern Observatory - we collected data in 2017 and early 2019 that were confirming the presence of a giant Jovian companion around the YSES target TYC 8998-760-1 (see Bohn et al. 2020a). With a stellar mass of exactly one solar mass and an age of just 17 Million years, TYC 8998-760-1 is indeed a very young version of our own Sun.

The detection of this first companion around TYC 8998-760-1 was already remarkable in many ways. TYC 8998-760-1 b is 14 times as heavy as Jupiter and about three times as large in diameter. Furthermore, it is separated by at least 160 Astronomical Units from its host star, placing it more than five times farther away than Neptune from our Sun. For a detailed characterisation of this giant exoplanet we took additional photometric measurements at several infrared wavelengths as visualised in the figure below. The most remarkable feature of this multi-wavelength sequence was not the discovered planetary-mass companion TYC 8998-760-1 b, but another point source at even larger separation from the primary. This point source was invisible at the shortest wavelengths but became brighter when going towards the red part of the spectrum. 'This looks extremely exciting!' we thought, because this appearance is exactly what is expected from an object with a low effective temperature such as another smaller planet in the system. The source became even more intriguing, since other point sources in the image showed a completely complementary behaviour: these were brightest in blue part of the spectrum and vanished when going towards longer wavelengths, which resembles a stellar object at much farther distance than TYC 8998-760-1.

But the data we had collected on this system by March 2019 were not sufficient to confirm the companionship of the second planet candidate TYC 8998-760-1 c. Therefore, we applied for additional telescope time on this promising target. I remember my enormous excitement in February 2020 when I finally received the email that announced the execution of a new imaging sequence on TYC 8998-760-1. 'The evidence is so overwhelming, this must be a second companion!' were my only thoughts while I was tensely waiting for my data reduction pipeline to finish. Then, huge relief struck me as I saw the final image and compared it to our previous observations (see figure below). By centering both images on the star and blinking two different observations that are reasonably separated in time, you can actually distinguish background objects (that are jumping back and forth) from gravitationally bound companions (that remain constant in their relative position to the star) due to TYC 8998-760-1's proper motion across the sky.

This confirmed that TYC 8998-760-1 was hosting an additional planet of even lower mass and at even farther separation of at least 320 Astronomical Units. Our latest mass estimate predicted that this new planet TYC 8998-760-1 c weights about six times the mass of Jupiter. These two Jovian gas giants make TYC 8998-760-1 the first imaged multi-planet system around a young, Sun-like star. Especially the large separations of both planets trigger exciting follow-up questions that need to be answered: How did this system form and evolve? Did both planets form at the current locations or were they born closer to the star, followed by an outward migration? The next generation of instruments at observatories such as the James Webb Space Telescope or the Extremely Large Telescope will certainly shed light on the nature of underlying formation mechanisms and may even reveal further planets in this very young solar-like environment.

This research was presented in the paper 'Two Directly Imaged, Wide-orbit Giant Planets around the Young, Solar Analog TYC 8998-760-1'. 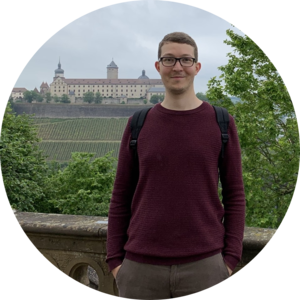