In February 2021, the InSight team attempted to 'listen' to the seismic waves produced by the tungsten blocks ejected from the Mars 2020 spacecraft during landing. Even though no waves were detected, this impact experiment can still help us learn about the subsurface structure of Mars.

The InSight mission (Interior Exploration using Seismic Investigations, Geodesy, and Heat Transport), which landed on Mars in November 2018, is the first to successfully deploy a seismometer on the surface of another planet. One of its main objectives is to study the internal structure of the planet using sound waves (seismic signals) that travel across the planet. The characteristic features of these waves depend on the properties of the medium through which they pass, and hence are able to tell us about the subsurface structure of Mars.

Meteorite impacts are a potential source of such waves on Mars, as they are more likely to occur on Mars than on Earth due to much thinner atmosphere. Impact events often produce a crater on the surface of the planet, which allows the source location to be determined using orbital images, which can aid the efforts to constrain the subsurface properties. InSight is hence an excellent opportunity to study impact processes and impact rate on another planet using seismology.

The properties of waves produced by impacts are generally poorly understood. One of the most uncertain parameters that determines the seismic amplitudes produced by meteorite impacts is the seismic efficiency - the portion of impact’s kinetic energy transferred into seismic wave energy. Current estimates of seismic efficiency range over 5 orders of magnitude: between one percent and less than one millionth. This is mostly due to the lack of data of natural impacts and inability to recreate the extreme conditions during an impact event of a large enough scale. Most previous experiments involve numerical simulations of such events, empirical scaling relationships based on the limited available data from controlled impact experiments, or extrapolating small scale laboratory experiments. Controlled impact experiments involve using parts of a spacecraft that strikes the surface at high speeds as an seismic source, which has a well constrained time, location and projectile properties such as mass and velocity. The Mars 2020 landing was an excellent opportunity for an experiment of this type.

The idea for the experiment first emerged in early 2020, as the nominal mission was nearing end and no impacts had been conclusively detected, in spite of hundreds of marsquakes recorded over the mission (Banerdt et al., 2020). Using a human-made spacecraft arrival provided an alternative way to collect data on impact-generated seismic waves. Additionally, this event would be very well constrained in time and location, which meant that if detected it could help determine which amplitude-distance scaling relationships are most appropriate for Mars.

As our team considered a number of possible mechanisms in which the Mars2020 landing could be detected by InSight, it became clear that there were two aspects of the EDL sequence that provided the best opportunity for detection: 1) the hyper-velocity impact of Cruise Balance Mass Devices (CBMDs) - solid tungsten blocks, released from the spacecraft at relatively high altitude; and 2) the acoustic signal generated as the fast-moving spacecraft decelerates in the atmosphere and creates a sonic boom. We detailed the seismic amplitudes that could be expected from this event in Fernando et al. (2021).

As the team awaited the Mars 2020 landing date, we planned carefully for the most important instruments to be on during landing: VBB (very broad band) and SP (short period) seismometers were switched on along with the APSS (Auxiliary Payload Sensor Suite) (Banfield et al., 2019) that was needed for detecting any atmospheric signals. Mars 2020 successfully touched down in Jezero crater shortly before 9 pm UTC on February 18, 2021, with the CBMDs hitting the surface shortly before.

The P-wave arrival was expected to reach InSight approximately 7 minutes after the CBMDs impacted the ground, whilst the acoustic signal was expected 4-5 hours later. This meant that the lander would be collecting data throughout the night.

Because communicating with the lander involves transmitting the data to one of the spacecraft orbiting Mars and then sending it to Earth via the Deep Space Network, it requires the orbiter to be in correct alignment to be able to receive the signal from the lander. This means that the data may take one or more days to be available for analysis on Earth.

We received the majority of the data the following day and were eager to find out if a signal had been recorded. Unfortunately, nothing suggested any seismic arrival was identifiable in the data at expected times. However, because the expected arrival time was well known, the background noise level could be characterised really well during the relevant time window. Because of this, we were able to place an upper bound on the amplitude of the seismic amplitude produced by the impact and excluded one of the amplitude values predicted by our modelling.

Whilst our constraint on the maximum value of seismic efficiency falls at the high end of the previously expected range, our study shows how even a non-detection can provide a valuable insight into subsurface properties. The methodology we present has the potential to be used in future planetary missions to further constrain impact processes across the Solar System. 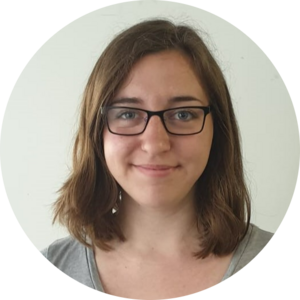