A spinning black hole drags the curved space-time around it and causes matter near it to dance around. This is manifested by the quasi-periodic X-ray flux oscillations above 200 keV from a relativistic jet closest to the black hole.

The story of Insight-HXMT started in 1993, almost thirty years ago. Prof. Ti-Pei Li and Prof. Mei Wu first proposed the concept of Insight-HXMT, and many scientists contributed the best days of their lives to move it forward. Every effort has its rewards. Insight-HXMT was successfully launched on June 15, 2017 finally, as China’s first X-ray astronomical satellite. It was named Insight-HXMT in memory of Prof. Ze-Hui He, the founder of high-energy astrophysics in China, who made best possible efforts to push the approval of the project. But unfortunately, she passed away in the year when Insight-HXMT was officially funded. Now Insight-HXMT works smoothly for more than three years, and have observed more than 70 X-ray sources.

Like the Lion in grasslands, Insight-HXMT is a hungry hunter in the X-ray sky. It scans the Galactic plane and monitors X-ray transients, in order to catch and enjoy "tasty preys". MAXI J1820+070 is one of its many preys, which was discovered by MAXI in 2018 March and is a black hole binary in our galaxy. The black hole waked up after a long period of quiescent, and was shining bright on the sky, as bright as 5 Crab Nebulae. In the face of such an "attractive" source, Insight-HXMT didn't let us down. Insight-HXMT observed the source more than 140 times using its three "sharp" tools: The Low Energy X-ray telescope (LE, 1-15 keV), the Medium Energy X-ray telescope (ME, 10-30 keV) and the high Energy X-ray telescope (HE, 20-250 keV). LE can observe the blackbody emission from the accretion disk around the black hole, and HE has the largest effective area above 30 keV and can monitor the radiation from hot plasma, while ME bridges the energy band between LE and HE.

Using the observations of Insight-HXMT, we definitely observed some quasi-periodic modulation signals in the light curves of MAXI J1820+070. The modulations are well known as low-frequency quasi-periodic oscillation (QPO). Although low-frequency QPOs were discovered in the 1980s, their origin was still not well understood. They perhaps originate from the oscillations caused by the instability of the accretion disk, or may come from the modulations produced by the oscillation or precession of the coronal X-ray emitting region close to the black hole. Before the era of Insight-HXMT, X-ray satellites could only detect and study low-frequency QPOs below 30 keV; thus, it was difficult to test these models. Insight-HXMT, in contrast, has a wide effective energy range of 1-250 keV and has the largest effective area above 30 keV. Therefore, after Insight-HXMT was launched, we expected it would detect rich low-frequency QPOs above 30 keV, and thus be able to fully test previous models.

The following story confirmed our expectation. We detected a low-frequency QPO above 100 keV in the black hole MAXI J1535-571 in 2017. This time, the detection energy is extended to above 200 keV! It is the highest energy low-frequency QPO ever found! The big news spread through the Insight-HXMT research group quickly. But when we calm down from the excitement, what we meet is how to explain the origin of the high-energy low-frequency QPO. Obviously, it can not come from the thermal radiation region of the accretion disk, as the energy is too high. Moreover, the frequency and variability amplitude of the QPO are nearly constant in different energy bands, and the high-energy QPO precedes the low-energy one with a maximum time difference of 0.9s. Thus, the oscillation or precession of the coronal X-ray emitting region would face considerable challenges to explain the QPO. Finally, all evidence points to the fact that the QPO comes from the precession of a jet, and the jet is near the black hole’s event horizon. When a black hole drags the surrounding space-time, the jet would precess around it, like a dancer dancing around a pillar. The QPO above 200 keV is from the relativistic jet closest to the black hole, while the low energy one is produced at a part of the jet far away from the black hole.

Jets are high-speed matter streams moving at close to the speed of light. Plenty of jets have been observed in black hole binaries and distant quasars hosting supermassive black holes (millions to tens of billions of solar masses) in the radio, optical and X-ray bands. Jets are an important observational characteristic of black hole systems, and are the main mean by which black holes influence the surrounding environment via feedback when swallowing nearby matter. However, these jets are far from black holes. They are usually located at a distance of more than a million times the radius of black hole’s event horizon. So far away from the black hole, the general relativistic effect is negligible. Therefore, it is unclear where these jets are generated, how far they are from the black holes, how they escape from the strong gravitational field of the black holes and how they are accelerated to a speed close to the speed of light. Insight-HXMT’s discovery is particularly important because it’s the first time a jet has been found only hundreds of kilometers away from a black hole (several times the black hole’s event horizon). As the closest relativistic jet observed in a black hole so far, the finding is of great significance for studying the relativistic effects and the generation of the jet.

More high-energy low-frequency QPOs will be detected by Insight-HXMT in the future, and the adventure of Insight-HXMT is still unfolding. 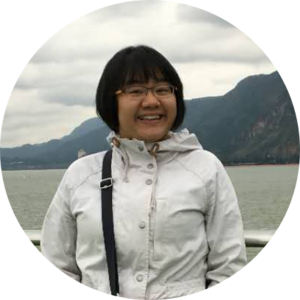