Solar active regions are the nurseries of the most important dynamical events in the Sun's atmosphere, including flares and coronal mass ejections. A fundamental constituent that helps to determine the evolution of an active region is the topology of its magnetic field. By this, we mean how the magnetic field lines are connected and twisted. A long-held assumption of active region formation is that they are created by large tubes of magnetic field with a net twist (rather like a large magnetic slinky). This assumption has been popular for two main reasons. The first is that twisted magnetic fields can survive in the solar convection zone better than untwisted fields, and are thus more likely to reach the photosphere and emerge as active regions. The second is that simulations of the emergence of twisted tubes are able to produce a variety of signatures that are found in solar observations,  which match well with proxies of magnetic twist found in observations. However, despite many works suggesting the existence of twisted tubes creating active regions, the question of whether or not this is the case has remained open. This is because there exist plausible competing theories which suggest that the twist in active regions can be created in the atmosphere rather than emerge into it. Further, observational proxies can be reproduced by emerging magnetic fields that are not twisted tubes. What is needed is a direct measure of the magnetic topology.

Figure 1(a) shows field lines of an emerging twisted tube below and above the photospheric boundary (shown in red). There is no visible resemblance to a twisted flux tube due to the strong deformations caused by convective motion and the emergence into the atmosphere. That being said, the magnetic winding is robust enough to still detect that the magnetic field has a net twist, and this can be seen in Figure 1(b), which shows the accumulations of the total magnetic winding L, as well as the contributions to magnetic winding due to emergence, Lemerge, and photospheric braiding motions, Lbraid. What this signature is saying is that when the bulk of the twisted tube rises above the photosphere, it remains there. Even though convection drags down part of this field, no more topologically-significant field is passing through the photosphere. Thus, after the rise during emergence, there is a plateau which indicates that the main topological content has passed through the photospheric boundary (where the calculations are performed). Further, Lemerge dominates the contribution to L, which means that the signature is dominated by a pre-twisted magnetic field, rather than one whose twist is generated later by photospheric motions.

This magnetic winding signature for twisted tube emergence has now also been found in observations. As an example, Figure 2 shows the winding accumulations for the bipolar region AR11318.

The "rise and plateau" signature can be found for this region (even despite the gap of missing data). AR11318 has been studied extensively and many signatures had been found which are highly suggestive of twisted tube emergence though not conclusive. The magnetic winding signature is the last piece in the puzzle to confirm that the region is formed by a twisted magnetic flux tube.  Another example of this signature for a different active region, AR12203, that is twisted in the opposite sense to AR11318, is shown in Figure 3.

These findings answer positively the long-standing question of whether or not large tubes of twisted magnetic field actually create solar active regions. For more detailed descriptions and analysis, please see the link to the full paper here. 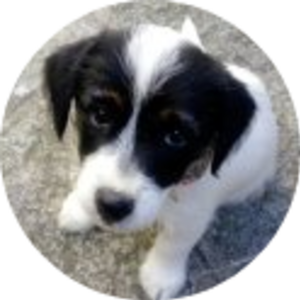 I'm an applied mathematician who works on problems with applications to solar physics. I'm particularly interested in topological descriptions of the solar magnetic field and how these can be used to understand the field's evolution. I'm also interested in magnetic instabilities, which are also fundamental to dynamics in the solar atmosphere. I'm now working on developing theoretical work into practical tools for space weather, particularly in the domain of flare forecasting.