Galactic turbulence is often simplified as hydrodynamic despite the permeation of the magnetic field. We report the discovery of various plasma modes beyond our solar system, directly evincing that the turbulence is magnetohydrodynamic. The correlation with cosmic ray confinement is also revealed.

Most of us encounter turbulence every day without realizing it. Almost any motion of humans stirs up air and creates turbulence because of the smallness of the viscosity of the air. In the meantime, turbulence seems mysterious as one of “the last unsolved classical problem”, as pointed out by Feynman. By now, few researchers would question the omnipresence of turbulence owing to the fact of vast size span of the astronomical fluid.

Almost two decades ago when I started my PhD study, I was thinking every day about turbulence, the key ingredient in my PhD thesis. I noticed most of the turbulence models adopted in cosmic ray study were Alfven modes. By then, the Goldreich-Sridhar (1995) model of MHD turbulence has already caused attention of theoretician as one of tested model of turbulence. In contrast to the conventional isotropic turbulence model, GS95 turbulence inevitably leads to strong suppression of cosmic ray scattering, which is at odds with our knowledge of CRs. Something must be wrong! After checking and excluding all the other possibilities, one question popped up in my mind: Why only Alfven modes?! Interstellar turbulence is magnetohydrodynamic (MHD) and have three plasma modes therefore. I realized the isotropy of fast modes that was just identified in simulations must hold the key. One reason that fast modes were ignored is because it is subjected to much more severe damping. After careful examinations of possible damping processes, indeed I found that the fast modes are still way more effective than Alfven modes by many orders of magnitude.

Nonetheless, there is no any observational evidence for different plasma modes. Turbulence is such a complex phenomenon that diagnosing its plasma property remotely seemed a formidable task. The identification of slow modes by space probe in recent decade brought some hope although the detection is far more challenging beyond the solar system. In 2016, time became finally ripe to tackle the problem after I moved to Potsdam. I was pleased to have a researcher experienced in observational study of turbulence (Dr. Chepurnov) and a talented PhD student (Mr. Zhang) to explore together with other colleagues a new tracer to diagnose the plasma property of turbulence.

In principle, synchrotron emission by the relativistic electrons moving through the turbulent magnetic field carries the information of MHD turbulence, particularly in the polarization state of the radiation. It is, however, rather nontrivial to find the signature of plasma modes especially because the MHD turbulence is three dimensional and anisotropic.

My earlier theoretical calculations demonstrated that cosmic ray propagation in different plasma modes is dramatically different. The observations in recent decade also suggest that cosmic transport is inhomogeneous. To us, this points to the spatial variation of turbulence properties.

Motivated by these studies, we started the systematic investigation. The degree of difficulty exceeded our original expectation, particularly because of the shift in the team composition. After many failed attempts, we finally identified some parameters related to the variance of the polarized emission and have it tested extensively with simulated MHD turbulence data cubes in different regimes. Applying it to real observational data, we discovered different plasma modes in both star forming region and supernova remnants. This clearly demonstrates that the dominant plasma modes and their properties are determined by the driving mechanism and local environments. A natural question arises as the result, what are the roles of different plasma modes in star formation, for instance? This discovery opens up a new avenue of connecting plasma physics with macroscopic astrophysical phenomena.

Turbulence modes identified in Cygnus X region plotted over the Fermi-LAT gamma-ray map. The color code for signatures: Green - ``Alfvenic''; Red - ``Magnetosonic''; and Blue - ``isotropic turbulence''. The distance of the object is 1.4kpc. The radius of the eddy is ~ 15pc.

More excitingly, a high degree of consistency is found between the magnetosonic modes we detected and Fermi-LAT Cygnus Cocoon, the intense diffuse γ-Ray emission, which origin has been of debate. The unveiled consistency points to the key role of magnetosonic turbulence in cosmic ray transport, perfectly in line with the theoretical prediction based on modern understanding of magnetohydrodynamic turbulence.

The detection of MHD turbulence has far reaching consequences for all the relevant astrophysical processes, including cosmic rays and star formation. 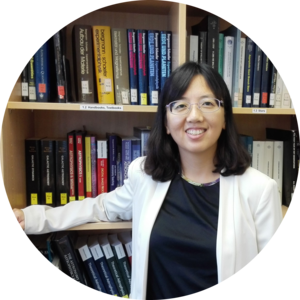 Pavan Kumar Vishwakarma
over 1 year ago

Found very interesting. We are working at similar topic. It was informative to us. Thanks for posting.