Massive stars are known as the chemical factories of the Universe and largely guide its chemical evolution. The mixing of chemical elements inside of the stars has a major impact on their evolution and fate, and has previously remained largely uncalibrated observationally. Until now...

During their lives and deaths, massive stars produce heavy chemical elements which they feed back to their environments through their stellar winds and later supernova explosion. As such they chemically enrich their environments, and have a major impact of the formation of new stars and planetary systems. During their main-sequence evolution these stars have a convective core, and as a result all of the hydrogen inside this region can be used as fuel in the nuclear burning. If sufficiently efficient, additional mixing occurring in the radiative envelope and in the boundary layer between the envelope and the core can replace some of the helium ashes with new hydrogen fuel, allowing the stars to live longer and changing their evolutionary paths.

Astronomers expect mixing to result from various physical phenomena, such as internal rotation and internal gravity waves generated by the convective core. However, while this mixing is important it has so far remained uncalibrated by observations coming straight from the deep stellar interiors, leaving two major open questions. How efficient is the mixing in the boundary layer and in the radiative envelope? Does the efficiency of the mixing change with position inside the stars?

Asteroseismology is a powerful tool for studying stellar interiors. It relies on the study and interpretation of stellar oscillations, or starquakes, which penetrate the deep stellar interior and thus carry information about the physical conditions inside the stars. It works in a similar way has to how seismologists use earthquakes to study the interior of the Earth. The stellar oscillations are detectable as variations in the brightness on the stars.

The best data available for studying oscillating stars comes from NASA's Kepler space telescope, which observed the same patch of the sky for four continuous years. This corresponds to a factor more than 4000 higher precision achieved on the measured oscillation frequencies, compared to having only a single night of observations. Kepler observed tens of Slowly Pulsating B stars, first named as such back in 1991 by Proffessor Christoffel Waelkens, emeritus professor at KU Leuven, Belgium. These stars are not only several times more massive than the Sun but also rotate much faster. The contraction and expansion of these stars take anywhere between 12 hours and 5 days, and result in brightness variations of up to 5%. The Slowly Pulsating B stars typically have masses between 3 and 10 solar masses, which has overlap with the mass limit of stars expected to end their lives as a core-collapse supernova. Moreover, they share the same internal structure as their higher mass counterparts, and as such the hope is that insights gleaned from studying the B-type stars will shed light on the inner workings of their massive O-type stars counterparts.

A particularly important property of the oscillations in the Slowly Pulsating B stars is that the period differences between them give rise to what is known as period spacing patterns. The morphology of period spacing patterns depends on the mass, age, internal mixing, and internal rotation of the stars and hence allows us to gain information of these properties. The first detection of such a pattern in a star burning hydrogen in its core was made by the asteroseismology team at KU Leuven back in 2010 using data from the CoRoT space telescope. Since then, several more patterns have been detected in Slowly Pulsating B stars using Kepler space photometry, but only few such stars have been modelled to study the internal mixing.

Now more than a decade after the identification of the first period spacing pattern in a Slowly Pulsating B star, we have accomplished the first ensemble asteroseismic modelling of a sample of 26 such stars allowing us to measure the internal mixing observationally. While this has previously been accomplished for a few stars individually, this is the first time it has been done for such a large sample of stars in one homogeneous study. The results show that the internal mixing among the 26 stars is diverse, with some stars having almost no mixing while others revealing levels a million times higher. The mixing shows no clear dependence on the mass or age of the stars, but does appear to be correlated with the rotation although this is not the only physical phenomenon at play.

With these asteroseismic results, astronomers will finally be able to improve the theory of internal mixing of massive stars, which has so far remained uncalibrated by observations coming straight from their deep stellar interiors.

For more details please check out the paper.

Image of the Pleiades used for the header image is by: Rawastrodata 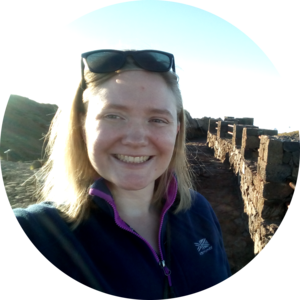