Lightning superbolts are rare and extreme events that were first identified from optical stroke data measured by the Vela satellites at the end of the 70s [Truman, 1977], yielding between 100 and 10 000 GigaWatt per stroke. Recently, radio frequency superbolts were geographically localized by the very low frequency (VLF) ground stations of the World-Wide Lightning Location Network (WWLLN) [Holzworth et al., 2019]. Interestingly, the distribution of superbolt locations and occurrence times was not equivalent to that of ordinary lightning: instead, superbolts were found to occur over oceans and seas at a much higher rate, and more often in winter [Holzworth et al., 2019]. As with any cloud-to-ground (CG) lightning flash, superbolts emit electromagnetic radiation in the very low frequency band that propagates within the Earth-ionosphere waveguide and escapes to the magnetosphere as whistler mode waves along Earth’s magnetic field lines.

Here, we show for the first time superbolt VLF electromagnetic (EM) power density in space. We combine space and ground-based measurements of superbolt in a unique manner to follow electromagnetic superbolt signals from Earth to space over thousands of kilometers, to widely characterize their VLF electric and magnetic wave power density in space and on Earth, to compute ground-space transmitted power ratio, and to extract statistical electromagnetic properties of lightning superbolts never before reported. We conclude that superbolts exhibit other properties that differ from ordinary lightning, deepening the mystery associated with these extreme events.

Simultaneous ground-based and space measurement of a superbolt

The closest of the two superbolts (1.2 MegaJoule) that we observe synchronously from Earth and space is represented in Figure 1. In Figure 1a, we show the space measurements of the high-resolution electric power spectral density (PSD) of this superbolt from NASA Van Allen Probes [Mauk et al., 2013]. Superbolt VLF waves have a clear whistler-mode descending tone over a time period of seconds, with frequency spanning ~0.1 kHz to ~10 kHz, as with all lightning-generated whistlers [Hospodarsky et al., 2016], due to frequency-dependent dispersion through the ionosphere and plasmasphere.

The black line in Figure 1b is the wave electric intensity, E2in V2/m2, more commonly called, the wave power. The nine WWLLN lightning strokes occurring in the satellite burst window are marked in Figure 1b. An empirical estimates of the electric field power at the satellite location is reported for each of these strokes  (circles in the line plots in Figure 1b). We see this lightning activity does not mask or perturb the superbolt burst-mode signal. Besides, their electric field wave power (green circles) is lower than the superbolt power (red circle), by orders of magnitude, confirming that the detected space-based signals only correspond to the WWLLN superbolt.

In Figure 1a, the superbolt signal is found to be composed of one main wave (with a 0.4 s delay from WWLLN detection time) and a second similarly powerful wave 0.2 s later. The time it takes for the wave to travel from the satellite to the magnetically conjugate point along the magnetic field line at L~2.43 at the equator in space, reflect, and return is 0.2 seconds. In the absence of any other lightning and since the time delay is consistent with one reflection, this suggests the two superbolt’s waves have entered the magnetosphere at different latitudes surrounding the source, followed then different paths, with one wave reaching first the spacecraft and the second reaching the spacecraft 0.2 second later after bouncing at the conjugate point of the field line.

A total of 10,724 superbolt events are identified by WWLLN in 2012–2018 [Holzworth et al., 2019]. Statistics of all measured superbolts with the ground network are compared with 3,349 lightning strokes measured from CEA/ECLAIR ground stations in order to highlight the unique characteristics of superbolts.

We find that ground EM power decay follows an inverse power law with a power ~2 over distance, in agreement with the far-field decay for EM waves in free space. Superbolt median peak current estimate is 363 kA, ~10 times higher than normal lightning. Superbolts last longer (5-6 µs up to 15 µs) than lightning. Superbolts have a fast decay time of 10-20 µs, comparable to the rise time, leading to a more symmetric ground wave than typical lightning, causing a remarkable symmetry of the discharge, existing, for instance, for narrow bipolar pulses. This could help reveal physical differences between superbolts and other lightning.

Median electric field power is 2.6 (V/m)2 during 1.5 ms on the ground, about 100 times higher than for normal strokes. We find 38% of the total power (2 kHz-5 MHz) is in the VLF range (2-12 kHz) for normal lightning while this percentage reaches 68% for superbolts. This suggests that is the longer duration of powerful lightning that populates the lowest frequencies of the VLF range.

In space, superbolts are rare during day time, with 90% of them occurring at night.  Yet there is no sensitivity to day/night measured on the ground. This local time dependence is similar to the one found for non-superbolt lightning-generated waves and supports previous findings that the daytime ionosphere makes the propagation of any lightning-generated waves into the magnetosphere more difficult [Ripoll, Farges et al., 2020].

Superbolt EM power decays in space with an inverse power law with a power ~1.6 over distance, a slightly weaker decay than normal lightning. VLF power loss between ground and space is expected due to wave power spreading out globally in the Earth-ionosphere waveguide and attenuation of the VLF signal by the atmosphere/ionosphere during propagation. The transmission factor from ground to space is ~10-8in the VLF range, signifying the electromagnetic signal is attenuated from Earth to space by 8 orders of magnitude.

Superbolts have a longtime delay (0.1-0.8 s) that corresponds to propagation time in the Earth-ionosphere waveguide and along field lines in the magnetosphere to the satellite, with some possible reflection between the conjugate points.

The burst-mode squared electric/magnetic field of superbolts is found to be 10-1000 times more powerful than normal lightning. The mean magnetic (electric) rms amplitude of the 66 superbolts is 83 pT (873 µV/m). In comparison, the mean magnetic (electric) rms amplitudes of lightning-generated waves computed from survey measurements of all types of lightning strokes (possibly including superbolts) is ~83 (~43) times lower.

Ground and space observations demonstrate how different and extreme superbolts can be compared with normal lightning, for reasons not yet established. This study should have implications on modelling and understanding of lightning electrodynamics, atmospheric discharges, and wave transmission from Earth to space, with applications in remote sensing, and wave modeling in space for radiation belt physics.

About the authors and their contribution

ECLAIR ground waveforms are available at https://zenodo.org/record/3952425. Météorage data may be ordered from https://www.météorage.com. Van Allen Probes field data are available from the EFW and EMFISIS team websites, which one can link to here: http://rbspgway.jhuapl.edu. The WWLLN data are available from any WWLLN host or may be ordered from links (http://wwlln.net). The satellite Situation Center Locator operated on-line by NASA provides Van Allen Probes trajectories (https://sscweb.gsfc.nasa.gov/). 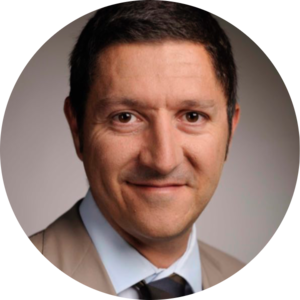