Our laboratory work predicts that Europa’s unique radiation environment causes its surface to glow in the dark under constant electron bombardment. This ice glow is not only one of a kind in our solar system, but it also provides details on the composition of the ice on Europa’s surface. 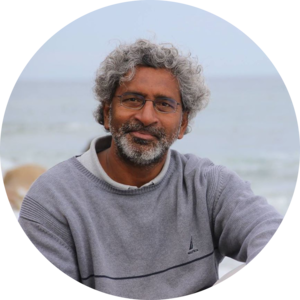 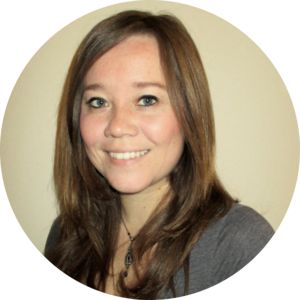 Jupiter’s magnetosphere makes Europa’s surface one of the harshest high-radiation places in our solar system.  Galileo observations have inferred a large subsurface ocean several kilometers below Europa’s ice shell, and models predict that its rocky core is in contact with the ocean, making Europa’s ocean to be potentially habitable [1]. Upwelling from the ocean through cracks in the ice shell could bring materials to the surface, including salts, minerals, and organics. Thus, Europa’s surface likely contains clues about its internal and external composition. The upcoming Europa Clipper mission (https://www.jpl.nasa.gov/missions/europa-clipper/) is poised to investigate these clues to reveal information about Europa’s habitability, composition, geology, and exosphere.

Recently, while replicating Europa’s surface in the laboratory, we discovered that analogs of Europa’s ice give off an unusual and composition-dependent glow when bombarded by MeV electrons. Our findings, which led to the prediction that Europa’s surface should glow in the dark, and the spectral signatures of this glow should provide information on the chemical composition of the icy surface of Europa, came as a serendipity.

We built an instrument that we named the ICE-HEART (Ice Chamber for Europa’s High-Energy Electron And Radiation-Environment Testing), funded by the NASA and Jet Propulsion Laboratory (JPL) internal research and development programs. We were conducting research at the National Institute of Standards and Technology (NIST) to simulate Europa’s surface ice conditions by bombarding ice cores with high-energy electrons between 10 MeV and 25 MeV, covering the exact energies experienced by Europa’s trailing hemisphere. We constantly cooled these ice cores with liquid nitrogen to maintain temperatures of ~100 K. Because MeV electrons are harmful to humans, the experimental room is lined with concrete walls and lead blocks. We would prepare the experiment and close the doors of the experimental room and monitor the experiment from the control room. Our goal was to detect how many electrons made through the ice cores and to quantify any X-rays that are also generated. Even after deactivating the MeV electron beam, the ice core and the ICE-HEART were still radioactive and we needed to use personal protective equipment (PPE) when taking measurements on the ice cores, such as their surface hardness (Figure 2), which we published recently [2].

In order to observe the ice cores remotely, we installed an old video camera in the experimental station and connected it to a closed-circuit monitor in the control room. We placed it as far away from the beam as we could, as we were concerned that its electronics would be roasted by the radiation flux, but it survived. We observed that as soon as the electron beam impinged on the ice surface, the video camera showed an optical glow (Figure 1). We didn’t take notice of this to be anything special until one day we used an ice core made of 50:50 NaCl:H2O (table salt and water brine frozen to 100 K). When we bombarded this ice core with electrons, the ice glow was extremely dull compared to H2O ice core.

This was the “Aha” moment, that the ice glow is composition-dependent. As my job was not only to direct the research and participate in conducting the research, but also to entertain as well as motivate, I proclaimed, “This will be an important discovery that could someday help us understand Europa’s surface composition.”

Subsequently, we planned and implemented collection and spectroscopic analysis of this ice glow. Since we had to place the spectrometer much closer to the beamline than the video camera, we were worried that we would destroy the spectrometer, which we almost did, despite placing it behind ~10 cm thick lead bricks. When we measured the spectra, we not only had a broad emission spanning between 200 and 950 nm, but also spikes caused by radiation damage of the detector pixels in the spectrometer, as shown in Figure 3. We were able to easily remove these spikes during the analysis of our data. This spectrometer withstood the radiation abuse that it underwent and provided us the data that was analyzed and quantified subsequently. We found that indeed the spectral signatures of each salty ice core is unique in different wavelengths. Though it would have been an ideal situation to have a ultraviolet-visible (UV-vis) spectrometer on-board the Europa Clipper spacecraft, Europa Imaging System (EIS), with its Narrow Angle Camera (NAC) and Wide Angle Camera (WAC) and its color filters, could provide the compositional information of Europa’s surface ice through its ice glow. Glowing in the dark, Europa would be beautiful to see, and unlike any other body in our solar system!

Serendipity is nothing but being consciously observant and receptive at the right moment to the interplay of the Universe.

Acknowledgements: The research work presented here was carried out at the Jet Propulsion Laboratory, California Institute of Technology, under a contract with the National Aeronautics and Space Administration.

Murthy Gudipati leads the "Ice Spectroscopy Laboratory", ISL at JPL that focuses on evolution of icy materials in our solar system, interstellar medium, protoplanetary disks, and in the star forming regions. Recent research of Murthy expanded to incorporate exoplanet atmospheric chemistry at high-temperatures. Astrobiology and Origin of Life on Earth are his long-term passions. He was a science associate to the Rosetta Mission and presently he is a team member of the Europa Clipper Mission.
Follow
Nature Portfolio Astronomy Community
We use cookies to help improve your experience. By continuing to browse our website you are consenting to our use of cookies.
Learn more