During the XM2 phase, the Dawn spacecraft acquired the gravity data at an altitude as low as 35 km that were used to generate a detailed gravity map of Ceres. The gravity map, combined with topography, revealed a complex crustal structure of an ice-rich Solar System body for the first time.
Ryan Park
Technical Group Supervisor, Jet Propulsion Laboratory, California Instiute of Technology
Follow
Like Liked by Valéry Lainey and 1 other
0

High-resolution gravity data from Dawn’s second extended mission could probe the global and local structure of Ceres’s crust. The results show significant spatial and vertical variations of crustal density and porosity, associated with ice features and ice-related processes driven from the interior,…

Fresh out of school, I started out my career at the Jet Propulsion Laboratory (JPL) as a navigation engineer for the Dawn mission.  From the launch in 2007 to the arrival at Vesta in 2011, I had an amazing experience as a member of JPL’s state-of-the-art Dawn flight team where I was exposed to the extraordinary level of detail of what is required to navigate a highly sophisticated spacecraft with an ion propulsion system.

During Vesta operations, I joined the Dawn gravity science (GS) team.  Both navigation and gravity science are based on the same methodology, i.e., least-squares estimation, with many practical overlaps, including the use of common orbit determination tools.  Based on my experience, I found that there were also subtle, but very distinct, differences.  The goal of GS focused more on orbit reconstruction and parameter estimation, whereas the navigation focused more on model development for accurate and robust orbit prediction.  What I thought was very interesting both as a navigation engineer and a gravity scientist was the phrase “orbit determination is an art”, which I had heard over and over, and it took me a few years to understand what this actually means.

After the successful completion of science operations at Vesta from 2011 to 2012, the Dawn spacecraft headed toward the dwarf planet Ceres.  After 2 years and 6 months of cruise, the spacecraft arrived at Ceres in March 2015.  Unfortunately, during the cruise, the Dawn spacecraft had failures with its reaction wheels, and had to use small hydrazine thrusters to maintain its attitude.  This meant that Dawn’s GS investigation at Ceres would be much more challenging compared to what was done at Vesta.  This is because frequent small puffs of hydrazine (called “small forces”), typically less than a  millimeter per second every few minutes, would corrupt the smooth and clean gravitational signal.  This behavior is analogous to estimating a sinusoid with discontinuous observations.

Thankfully, the Vesta experience turned out to be very valuable since the spacecraft had fully functional reaction wheels, requiring small forces only about once per day to de-spin the reaction wheels.  This much quieter dynamical environment at Vesta allowed us to derive very good non-gravitational force models, such as solar radiation pressure and placing bounds on the thermal force due to spacecraft heat loss, that we applied to the Dawn spacecraft at Ceres.  Also, similar to science orbits at Vesta, the Low Altitude Mapping Orbit (LAMO) phase (Dec. 2015 to Sept. 2016) during the Primary Mission (PM) at Ceres had a circular, near-polar orbit with the lowest average altitude of 365km, which provided an ideal ground coverage for mapping a global gravity field.  Thus, although the small forces somewhat degraded the accuracy of the long-wavelength or low-degree gravity (modeled as a spherical harmonic expansion), we were able to determine a Ceres gravity field that is globally accurate to about degree 16 degree (~92 km spatial resolution), which was much better than what was expected.

The Second Extended Mission (XM2), however, was a completely different story.  The Dawn spacecraft was placed into a highly eccentric orbit with a much lower average altitude of 35km, making it much more sensitive to the higher degree gravity signal.  This lower altitude was definitely great for GS, but the problem was that the ground track only covered a very narrow region of Ceres as the observations were targeted for areas of high scientific interest.  As a result, both the frequency and magnitude of small forces were substantially increased near periapsis.

Since the spacecraft altitude was much lower in XM2, a higher degree gravity field would have to be used to fit the radio tracking data.  However, since the data is not uniformly distributed, the same degree and order gravity field cannot be used globally.  This meant that we would have to apply a constraint to extract the last bit of the gravity signal.  A constrained solution with a non-uniform observation is very tricky since the constraint would have to be just about right without aliasing the true gravity signal, and at the same time, would have to not degrade the accuracy too much of the recovered gravity field.  The final constraining method chosen was based on spatial variation of the surface acceleration, which is the method originally developed for the Magellan mission by Alex Konopliv.  This method essentially constrains the gravity field for the areas with no data to not deviate from the PM/LAMO-derived gravity field, and was compared against two other methods to ensure the final solution is reliable and robust.

The last challenge was interpreting the final gravity field with the peak degree strength of ~60.  The degree strength shows the corresponding degree that the gravity field is known for each point on the globe.  Since Ceres is isostatically compensated, a technique called Slepian tapers was used, which was led by Anton Ermakov, a talented and curious planetary scientist who was a JPL post-doctoral scholar at the time.  As we explore the regions with a detailed gravity map, we found that the crust of Ceres gets denser with greater depth, which is consistent with the theory that salts and silicates concentrated in the liquid phase while the crust was growing.  The result also showed that the crustal density of Ceres varies latitudinally in a way similar to the distribution of impact craters on the surface, implying the importance of impacts shaping the evolution of Solar System bodies.  Overall, the final gravity field derived from Dawn’s PM and XM2 data revealed the complex crustal structure of an ice-rich Solar System body for the first time.

So, why does “art” have anything to do with gravity science?  In the end, what is important is determining the final solution (i.e., gravity field) with statistically meaningful uncertainties.  At school, what we learn are various techniques to solve an orbit determination problem.  When solving real problems, these techniques are certainly important and provide the right framework, however, what I found more important is estimating just about the right number of parameters, making reasonable assumptions about the observables, and applying just about the right level of constraints.  So, it is absolutely essential to be creative and be able to improvise depending on the objective of the problem.  Hence, in thinking back on the phrase “orbit determination is an art”, it really is just a way of  avoiding “garbage in, garbage out”.

Acknowledgement: The research was carried out at the Jet Propulsion Laboratory, California Institute of Technology, under a contract with the National Aeronautics and Space Administration. 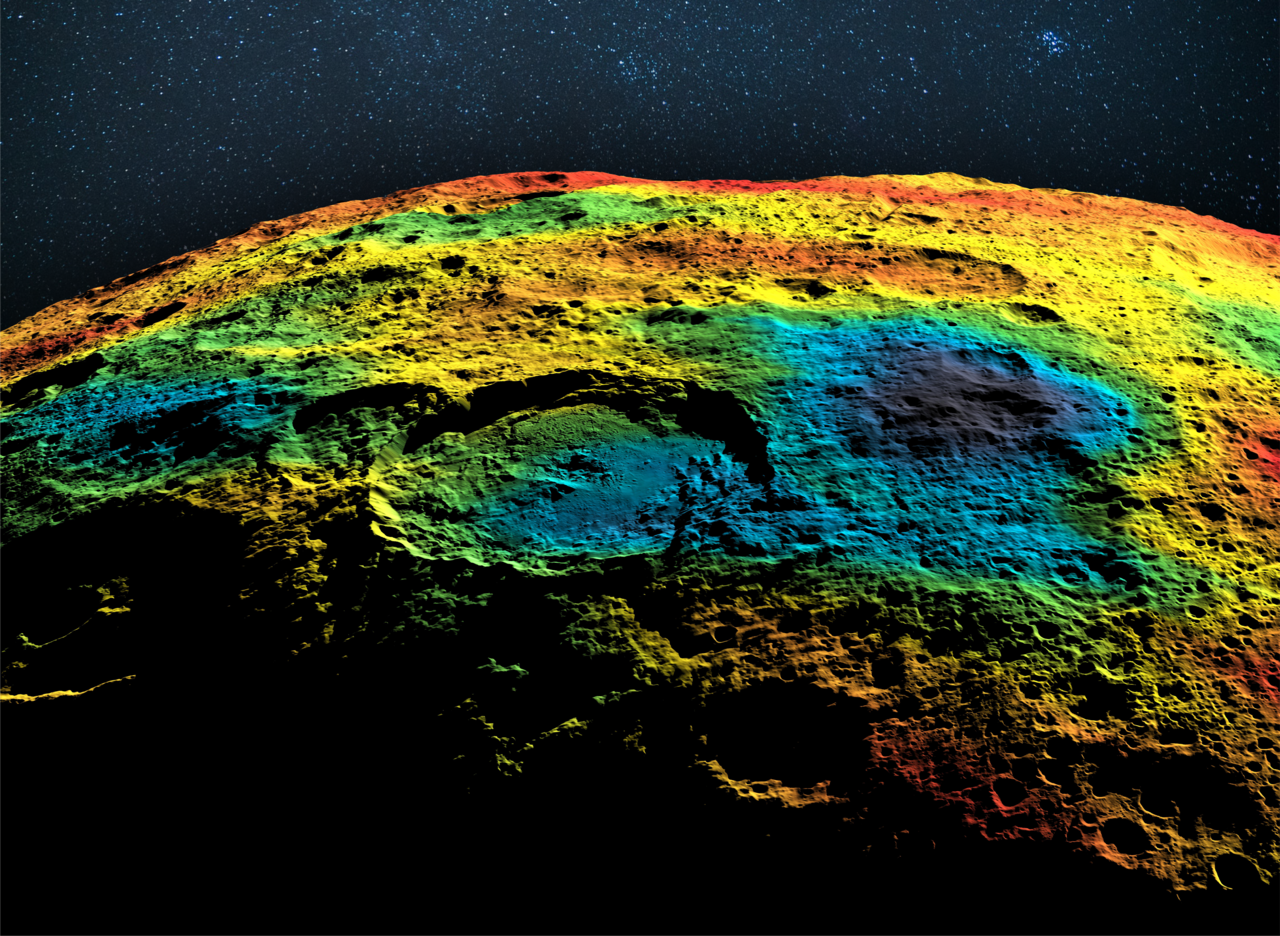 During the XM2 phase, the Dawn spacecraft acquired the gravity data at an altitude as low as 35 km that were used to generate a detailed gravity map of Ceres. The gravity map, combined with topography, revealed a complex crustal structure of an ice-rich Solar System body for the first time.