The samples from asteroid 25143 Itokawa include not only ordinary chondrite material but also cubanite, a copper-iron-sulfide rare in the meteorite record and likely formed on a different parent body

When the samples from asteroid 25143 Itokawa were returned to Earth by the Hayabusa spacecraft in 2010, sample analysis teams quickly got to work characterizing and studying some of the couple thousand regolith particles, most of them smaller than the width of a human hair. For the first time, scientists were able to directly and unequivocally link an asteroid type (S-type) with a meteorite group (ordinary chondrites). When samples became more widely available to the international science community a few years later, we wrote a proposal to investigate micro- to nanoscale features of the samples and received several particles to study. The main goal of our study was to examine the very surfaces of the particles, where they have been altered by exposure to the space environment, a process known as space weathering. And while we did do that, we also found minerals present in our sample that we weren’t expecting.

The examination of extraterrestrial samples always has the potential to provide an unexpected finding, especially when scrutinizing them at the nanoscale. The samples themselves and the conditions under which they formed are often new to us. A meteorite may have come from an unfamiliar parent body asteroid, or may have been on part of an asteroid that experienced a range of localized thermal or aqueous metamorphic conditions. The need to always be on the lookout for something unanticipated is particularly true of returned samples such as those from Itokawa, where we know where the material came from (not often the case for extraterrestrial samples), but each small particle is limited and precious.

The particles are tiny and challenging to handle, but after a lot of practice (with similarly sized but less precious samples), we mounted them on epoxy stubs to begin our characterization. To study these samples in my lab, we use a series of electron microscopy techniques, starting with looking at the full particle in a scanning electron microscope (SEM) then taking “slices” out of it (using a focused ion beam microscope or FIB) to examine in greater detail and at much finer scales in the transmission electron microscope (TEM). Using the TEM, we can collect signals that tell us about the composition, structure, and oxidation state of a material at scales of a nanometer or less, depending on the material. We ended up using all of those signals to understand this sample.

The particle of interest here, RB-CV-0038, is mostly olivine, a common iron-magnesium silicate, with about one quarter of its volume, at least as seen from how we mounted it, being iron sulfide (Figure 1). Both of those phases are common in the Itokawa samples and in ordinary chondrites, the meteorite group into which the Itokawa samples fit. But as I collected composition maps in the SEM, planning for the most interesting and efficient locations from which to extract FIB sections, I noticed something I didn’t expect—a large copper signal associated with a portion of the iron sulfide.

After looking at the SEM images, it was clear the Cu-bearing phase was part of the sample and not contamination, and it was definitely worth a further look. Native copper is known in ordinary chondrites but uncommon enough that its presence in the Itokawa samples would certainly be of interest. However, once the sample was in the TEM, it was apparent the phase was even more rare than we first thought.

Rather than native copper, we had found a copper-iron-sulfide for which the best stoichiometric and structural match was cubanite, although it took several sessions in two different TEMs for us to be able to definitively make the identification. Like the iron sulfide pyrrhotite, cubanite can form a superstructure, which depends on the ordering of the Fe and Cu cations within the lattice. Although the experimental data for cubanite doesn’t exist, in pyrrhotite these superstructures are closely linked to formation conditions. Our grain turned out to have a superstructure that tripled the length of c in the unit cell and led to some puzzlement as we first attempted to interpret and index our diffraction patterns. Once we saw the larger pattern, the rest of the data came together in support of our identification.

While fairly common in terrestrial ore deposits, cubanite is found in only one type of meteorite, the CI-type carbonaceous chondrites. The CI meteorties are among the most primitive, least thermally processed of the samples in the meteorite collection, and very different from the ordinary chondrite material that makes Itokawa. Cubanite, for instance, is stable only at temperatures below about 250°C and does not reform upon cooling of a melt or solid solution of its composition, meaning it would not be present in any material that had ever been heated above this point. The structure of the iron sulfide, which tuned out to be predominantly a monoclinic pyrrhotite, is also indicative of low-temperature formation, with exsolution features that again requires the material to have formed or equilibrated at less than around 200°C.

Itokawa samples, by contrast, indicate equilibration temperatures as high as 800°C or more on the parent body asteroid. Ordinary chondrites in general have been heated to higher temperatures than where cubanite would be stable.

Together, these phases and features indicate that all or most of the particle we studied did not originate on Itokawa (or its parent body). So where did it come from? As noted, CI chondrites are the only known meteorites to contain cubanite. Cubanite is not common in comet samples either: only one grain of cubanite has been found in the samples returned from comet Wild 2 by the Stardust mission. That grain was likely brought to Wild 2 by another body, as we believe occurred for Itokawa. There are some differences between the grain we analyzed from Itokawa and CI chondrites, such as a lack of Ni in our material, so it’s also possible we found material from another source not currently recognized in the meteorite record.

Exciting new results from asteroids Bennu and Ryugu, visited by the spacecraft OSIRIS-REx and Hayabusa2, respectively, indicate both bodies also contain significant material from a different source, an asteroid or parent body made of very different material from the bulk of the visited asteroid. We can’t wait to see what unexpected minerals those samples will hold when have a chance to get them in our microscopes! 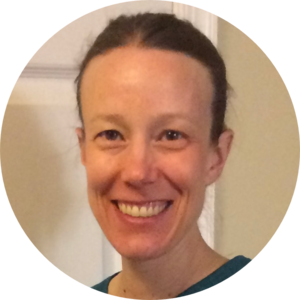