In 1998, the Hubble Space Telescope took the first pictures of Jupiter's largest moon Ganymede in UV light. More than two decades later and with the help of data from a new, sensitive instrument on Hubble, we found that the old UV pictures contain information about water in the moon's atmosphere.

+1
Lorenz Roth and 1 other View all
Researcher, KTH Royal Institute of Technology
Follow 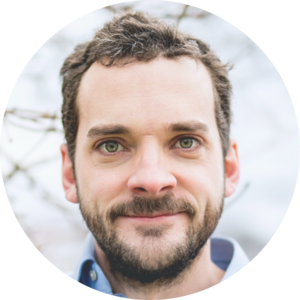 Ganymede is an exceptional moon in several ways: It is the largest of all moos in the solar system and the only moon that has its own magnetic field. Recently on June 8, NASA's Juno spacecraft made a close flyby at this giant moon of Jupiter and there will likely be new discoveries based on the data from Juno soon. But not only new data can reveal new things. Also old data can sometimes contain insights as we could show in an analysis of old data by the Hubble Space Telescope.

The Hubble Space Telescope was launched to space in 1990. In 1997, a new camera, the "Space Telescope Imaging Spectrograph" or STIS, was installed on Hubble, which has an observing mode that is particularly useful to observe Jupiter's large moons. In this spectral imaging mode, images of one of the moons at different UV wavelengths are captured simultaneously. These images in different "UV colors" probe different gas species around the moons, which emit or absorb UV light with differing mechanisms (affecting the different colors).

In 1998,  STIS took the first UV pictures of Ganymede, which revealed a particular pattern in the observed emissions from the moon’s atmosphere: Ganymede possesses auroral bands somewhat similar to aurora ovals at Earth and other planets with magnetic fields! This was an illustrative evidence for the fact that Ganymede has a permanent magnetic field.

The STIS observations contain two aurora images (shown in green and red below), which have some similarities and some differences. The similarities in the images can be explained that the molecular oxygen, O2, in the atmosphere contributes to both images The differences were previously explained with the presence of atomic oxygen, O, which produces a signal that affects one UV color much more (shown in red) than the other (green).

During the last Servicing Mission by the Space Shuttle Atlantis to Hubble in May 2009, the Cosmic Origins Spectrograph (COS) was installed, which has the outstanding capability to resolve the fine structure in UV spectra with high sensitivity. In a large observing program to support the NASA Juno mission in 2018, we took UV spectra of Ganymede with the COS, with the goal to measure the amount of atomic oxygen, which supposably causes the differences in the old STIS images. However, it turned out that there is hardly any atomic oxygen in Ganymede's atmosphere. This means there must be another explanation for the differences in the images.

The solution then was in the relative distribution of the aurora in the two images. The deviation from the distribution that is expected if only O2 was in Ganymede's atmosphere is more pronounced near the sub-solar region. Ganymede's surface temperature varies strongly over a day and only when the Sun is near zenith (around noon near the equator) it might get warm enough that the ice surface releases some small amounts of water molecules. Thus, the difference in the images is exactly there, where water would be expected in the atmosphere. And water vapor has a similar effect as atomic oxygen on the spectral signal (the difference in colors).  We had found a consistent explanation for the new and old Hubble data, which is also well in agreement with predictions from model studies for Ganymede's atmosphere!

Our discovery of atmospheric water vapor helps to calibrate and validate such models of Ganymede's atmosphere. So far, only the O2 was observed, which is produced when charged particles erode the ice surface. The water vapor that we measured now originates from ice sublimation, i.e., from the thermal escape of H2O gas from warm icy regions. Having measurements of two species that are produced in distinct ways allows modelers to compare and constrain the source processes at play.

In a wider sense, this discovery shows that often one needs to know what to focus on when analyzing data. The signal from H2O was present in the HST images since 1998. Only with additional information through new data and predictions from theoretical studies, we knew what to look for and where to search for it. There are likely many more things to discover in the gigantic dataset that the Hubble Space Telescope has accumulated over its three decades in space.