A bright patch in the Fermi bubbles, previously attributed to a jet launched by the Galaxy’s central black hole, is actually due to gamma-ray emission by millisecond pulsars in a background, satellite galaxy of the Milky Way.

The center of our galaxy is blowing a pair of colossal bubbles of gamma radiation (magenta structures in the image above) that span a whopping 50,000 light-years across. Discovered with the Fermi Gamma-ray Space Telescope about a decade ago, the source of this hourglass-shaped phenomenon remains unclear.

These Fermi bubbles are patched with a few enigmatic substructures of very bright gamma-ray emission. One of the brightest spots, the so-called Fermi cocoon, is found in the southern lobe (magnified inset in the figure above) and was originally thought to be due to past outbursts from the Galaxy’s supermassive black hole.

Roland Crocker (Australian National University), Oscar Macias (Amsterdam U. & Kavli IPMU), and colleagues, analyzed data from GAIA and Fermi space telescopes to reveal that the Fermi cocoon is actually due to emission from the Sagittarius dwarf galaxy.

This satellite galaxy of the Milky Way is seen through the Fermi Bubbles from our position on Earth (see first figure). Due to its tight orbit around our Galaxy and previous passages through the galactic disk, it has lost most of its interstellar gas and many of its stars have been ripped from its core into elongated streams.

Given that Sagittarius is completely quiescent — it has no gas, and no stellar nurseries — there are only a few possibilities for its gamma-ray emission, including: i) a population of unknown millisecond pulsars or ii) dark matter annihilations.

Millisecond pulsars are the remnants of certain types of stars, significantly more massive than the Sun, that are in close binary systems, but now blast out cosmic particles as a result of their extreme rotational energies. The electrons fired by millisecond pulsars collide with low-energy photons of the Cosmic Microwave Background propelling them to high-energy gamma radiation.

Crocker, Macias, and collaborators have convincingly demonstrated that the gamma-ray cocoon is explained by millisecond pulsars in the Sagittarius dwarf and that the dark matter hypothesis is strongly disfavored.

This discovery sheds light on millisecond pulsars as efficient accelerators of highly-energetic electrons and positrons. It also suggests that similar physical processes could be ongoing in other dwarf satellite galaxies of the Milky Way. This is highly significant because dark matter researchers have long believed that an observation of gamma rays from a dwarf satellite would be a smoking gun signature for dark matter annihilation.

This study compels a reassessment of the high energy emission capabilities of quiescent stellar objects, such as dwarf spheroidal galaxies, and their role as prime targets for dark matter annihilation searches. 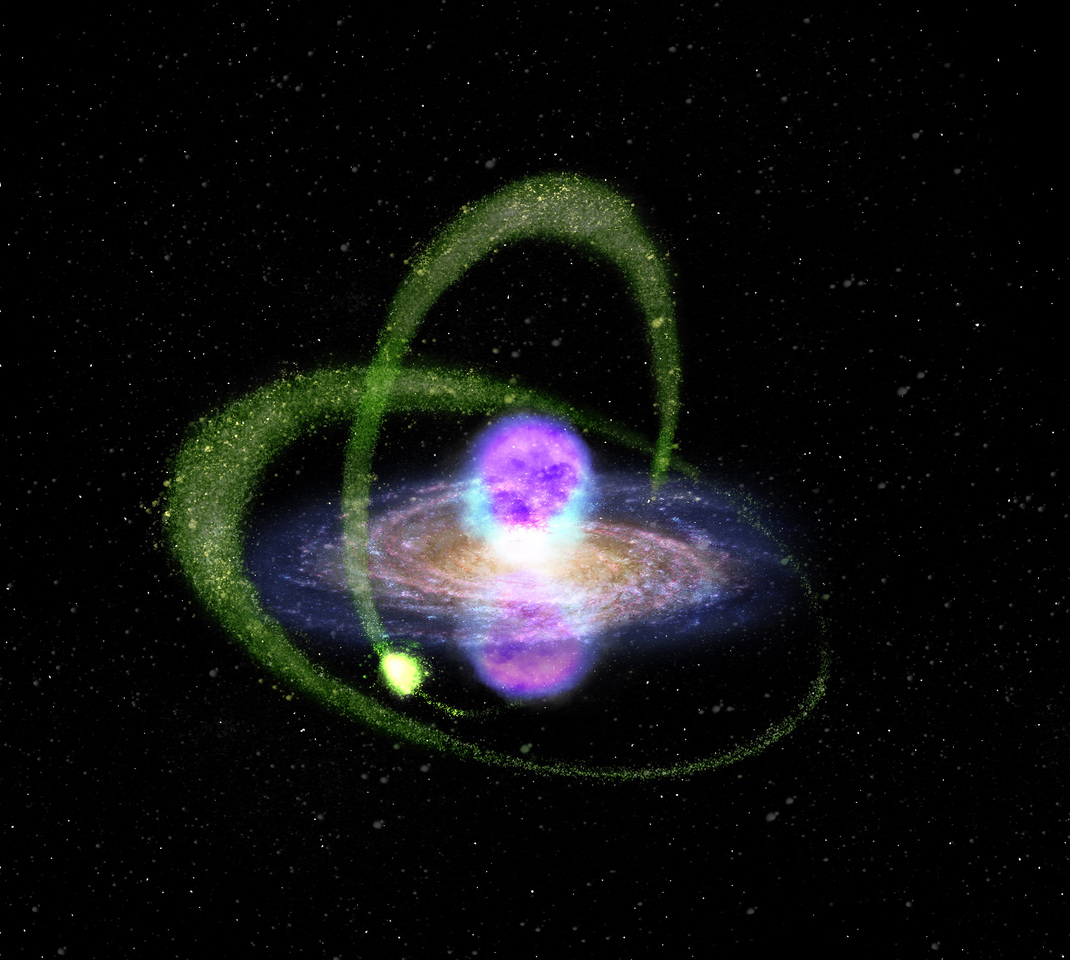