Giant radio galaxies, which harbour active supermassive black holes, are the single largest astrophysical objects known in the Universe. Our studies under project ‘SAGAN’ probes regions of GRGs from few parsecs to megaparsecs. We have discovered more than 400 new giants, doubling its population.

+1
Pratik Dabhade and 1 other View all
PhD research scholar, University of Leiden (Netherlands) and Inter-University Centre for Astronomy and Astrophysics (India)
Follow 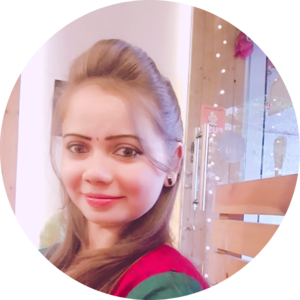 The black hole, though shrouded in mystery, produces the most charismatic phenomenon in the Universe - whether it’s deforming the space-time curvature, creating gravitational waves, the outpouring of the molecular ejecta or producing the spectacular relativistic jets spanning millions of light-years (1 light year ~ 9.46  x 1015 metres). The relativistic jets are one of the evidence of the black hole being active, known as an active galactic nucleus (AGN) and these are observed mostly at radio wavelengths. Such ‘radio-loud’ AGNs constitute less than 20% of the AGN population, and the galaxies in which they reside as a whole is referred to as a 'radio galaxy'. The radio-loud AGNs with prolonged megaparsec scaled jets are appropriately named as 'giant radio galaxies' (GRGs). The jets are basically collimated energetic streams of particles channelised by twisted magnetic fields at the heart of AGN, which stretch up to million times the size of the central galaxy and form terminal hotspots due to interaction with the ambient medium.

The GRGs are the single largest astrophysical objects in the Universe as their sizes are comparable to that of galaxy clusters. If we were to place ~30 Milky Way galaxies in a line then it would scale to a megaparsec, which is the length these GRGs- see Figure (a). GRGs with respect to radio galaxies (RGs) are quite rare, and their giant nature makes them very compelling to understand how certain AGNs produce such complex structures. It is thought that they preferentially grow in sparser environments. Since its discovery in 1974, different generations of astronomers have been working towards finding more such objects in order to solve its mystery.

The study of GRGs gives us important clues towards unveiling the physics and phenomenology of the black hole accretion process and decoupling the interplay of the disc-jet. Moreover, it gives a better understanding of a series of energetic processes coined as 'AGN feedback' which is basically the impact of the relativistic outflows on the ambient medium i.e. heating the gas in the immediate vicinity, and preventing it from cooling, and thereby impeding star formation. There is, in fact, evidence of AGN feedback supporting star formation. This process is still not entirely well understood, but more multi-wavelength studies combined with simulations will possibly provide us with some answers in the near future.

More than four decades after its discovery, by the year 2016, less than 300 GRGs were reported in the literature (Dabhade et al. 2017), thereby restricting the systematic sample studies. With the aim of understanding GRGs, and therefore to understand the working of the giant black holes which power these sources, we have initiated a project - ‘SAGAN’ - Search and Analysis of Giant radio galaxies with Associated Nuclei. Under this project we have made a complete compilation of 820 GRGs reported so far as seen in Figure (b), out of which 433 are from literature reported in the last four decades, 225 are reported by our group earlier this year using the LOFAR two metre sky survey and 162 are the new findings of our project SAGAN (Figure c), reported last month in A&A journal. Therefore, our findings contribute ~50% of the total known GRG population to date.  Our GRG catalogue is the largest one made to date,  which allows the study of a large sample of GRGs, explore their various multi-wavelength properties, and obtain results which are statistically significant. In our recently published work, we have used multi-frequency radio data from multiple radio surveys like the Giant Metrewave Radio Telescope’s 150 MHz TGSS survey, the Very Large Array's surveys at 1.4 GHz (FIRST & NVSS), and VLASS at 3 GHz. The multi-frequency radio data was well complemented by other optical data from the SDSS and Pan-STARRS along with mid-IR data from the WISE survey.

The work involved laborious tasks of going through hundreds of radio and optical images to match them and find their association with another, followed by detailed analysis and interpretation. One of the aims of this work is to identify and understand which accretion mode: high-excitation or low-excitation is leading to the formation of their giant sizes. Our analysis concludes that GRGs have both high and low excitation state, and the high-excitation giant radio galaxies (HEGRGs) statistically have larger sizes. In our study, we carried out a comparative study of key physical properties of their AGN like the black hole mass, spin, Eddington ratio, jet kinetic power, total radio power, magnetic field and size. The accretion mechanism in the HEGRGs is comparatively more efficient, and there is plenty of cold gas surrounding the central supermassive black hole (galaxy). This cold gas acts as a fuel to the central engine as well as facilitates the star formation activity. It not only helps in the evolution of the galaxy but also leads to the formation of powerful jets which can scale megaparsec distances in less time.

Studies in the past have given three possible reasons for the enormous size of GRGs. Firstly, it has been conjectured that GRGs perhaps host more massive black holes compared to normal radio galaxies. However, contrastingly our results show that the distributions of the black hole masses of normal size radio galaxies and GRGs are the same; although the Eddington ratio (accretion rate) of GRGs is found to be smaller than RGs. Secondly, GRGs are thought to have been a product of their sparse environment, where the jets cruise at relativistic speeds unhindered to grow to large distances. Our research show that only about 10% of GRGs are in dense cluster environments, and hence proving the possible effect on its growth. Thirdly and lastly, the megaparsec size of GRGs was attributed to their long ages which allowed them to grow so big, even though this model could not explain the unlimited fuel supply to the AGN.  Our studies showed that the radio spectral index of GRGs and normal radio galaxies to be the same and our planned future spectral ageing studies will enable us to test the third model. All the results discussed above are from redshift matched statistically significant samples. These results imply that there is not a single factor but a combination of multiple factors involved in the growth and evolution of the GRGs. More detailed studies are required to disentangle the true scenario. Nevertheless, our GRG catalogue, i.e. the complete compendium of GRGs to date and our research on this large sample for the first time serve as a road map towards understanding one of the most challenging phenomena in the Universe.'

We dedicate this work to the memory of late Prof Govind Swarup, a pioneering astronomer, extraordinary telescope builder, inspiring teacher, and a visionary scientist.

I study active galactic nuclei using multi-wavelength data, especially at radio wavelengths. I use telescopes like the GMRT, LOFAR, JVLA and IRAM along with large scale optical surveys like SDSS to study AGNs. My research interests extend to galaxy clusters, cosmology and exoplanets.
Follow