We describe investigation of microwave single photon detection down to yoctojoule range. The achieved dark count rates appeared to be much lower than was expected from previously existing theories. This shows intriguing perspectives for the implementation of a Single-Photon Counter for axion search.
Anna Gordeeva and Andrey Pankratov
2 contributors
Like Liked by Evelina Satkevic and 2 others
0

Currently, several laboratories in the world, including the laboratory of the Nobel Prize laureate Frank Wilczek in Stockholm, are developing experimental facilities for detecting axions, one of the main candidates for dark matter particles. Works are carried out within the framework of projects ADMX, USA; MADMAX, Germany/Sweden; QUAX, Italy; ORGAN, Australia; IBS, South Korea, etc. To detect axions, it is proposed to use dilution cryostats at an operating temperature of less than 20 mK, since at such a temperature the rate of formation of thermal photons is extremely low. In this case, cryostats should be equipped with a superconducting magnet with a field of several Tesla, since it is believed that in strong magnetic fields, due to the inverse Primakoff effect, axions penetrating into a closed resonant cavity will be converted into photons of the GHz frequency range, and thus, generate a photon flux from the cavity that is much higher than the thermal background at a given low temperature. By turning the magnetic field on and off, one can verify that the photon flux changes and thus verify that photons are generated in the presence of a magnetic field, assuming that they are originated from axions.

Josephson parametric amplifiers, which are planned to be used to detect such weak signals, essentially rare photon fluxes, are restricted by the standard quantum limit to a level equivalent to a temperature of hundreds of milliKelvin. Thus, the problem of detecting axions requires a new class of single-photon microwave detectors facing two contradicting requirements. On the one hand, the ultimate sensitivity is required, down to the energy of a single microwave photon of the yoctojoule range. On the other hand, since the detected events are supposed to be rare, the dark count rate of the detector must be extremely low. A few years ago, it was believed that photons converted from axions would be generated at an average interval of several thousand seconds. However, at present, modifications of experimental setup are proposed, which significantly increase the photon flux, making it possible to generate photons with an average interval of hundreds and even tens of seconds.

To create a microwave single photon counter (SPC), we propose to use a Josephson junction consisting of three superconductor-insulator-superconductor (SIS) layers with a hysteretic (due to low damping) current-voltage characteristic. In the standby mode, the current through the SIS junction is slightly less than the critical one. Then the junction is on the superconducting branch and it has zero voltage. Absorption of a photon causes an increase in current through the junction. If the current exceeds the critical value, then the junction will switch to a resistive state giving the voltage of order mV. The appearance of the final voltage means the fact of the photon detection. After switching, the junction cannot return to the superconducting branch on its own, and remains in non-zero voltage state until the current is reset to zero. This type of a photon counter is called threshold detector and does not require equipment for measuring extremely short pulses, as for other types of counters. Previously, our group suggested using aluminum SIS junctions (broadly used for superconducting qubits) for this type of SPC, since due to calculations it led to much smaller dark count rates in comparison with niobium counterparts.

In the current paper in npj Quantum Information, we have developed, manufactured and studied a prototype of a single photon counter based on an aluminum SIS junction. The achieved dark count rates appeared to be much lower than was expected from previously existing theories due to the SPC operation in the phase diffusion regime. As a result, convincing experimental evidence has been obtained for switching the SPC into a resistive state, initiated by the absorption of several photons at a significantly weakened synthesizer signal with a frequency of 10 GHz. In this case, the harmonic signal is a stream of photons obeying the Poisson distribution. The switching statistics has been obtained and it is shown that the slopes of the switching probability correspond to the detection of 1, 2, 3, 4 and 5 photons. The detection of 5 photons’ energy at 10 GHz with dark count time above 10 s and the efficiency close to unity was demonstrated. While the detection of single photons, corresponding to 6.6 yoctojoule energy, has rather low efficiency of 2% with a dark count time of about 0.01 s. The maximum power of the absorbed signal of about 70 fW is estimated using photon assisted tunneling (PAT) steps on the reverse branch of the current-voltage characteristic using the Tien-Gordon theory. The power is then attenuated to a few fW with an external attenuator, giving a rare photon flux with respect to the switching time of the SPC. In addition, the development of a single-photon counter for the considered GHz frequency range is in demand in the application to quantum technologies.

This direction of work was initiated by Professor of Chalmers University Leonid Kuzmin, who, very unfortunately, had deceased few weeks before the publication of this paper. Professor L. Kuzmin had also organized a new laboratory in Nizhny Novgorod State Technical University in the frame of a Megagrant. This laboratory was equipped with low temperature dry cryostats, where most of measurements of this work had been performed.

The story behind the paper is when Professor Kuzmin suggested to perform detailed measurements of dark count times of the samples with much smaller critical currents than planned - of order tens nA. As it has been expected by estimates from existing theories - dark count times would be really low, of order nanoseconds. We were quite surprised when tens of seconds were achieved, and after filtering improvements - even thousands of seconds as shown in the insets of Fig. 2 of the published paper. Then, tests of photon detection were performed, which are described in the paper.

Prof. Dr., Institute for Physics of Microstructures of RAS 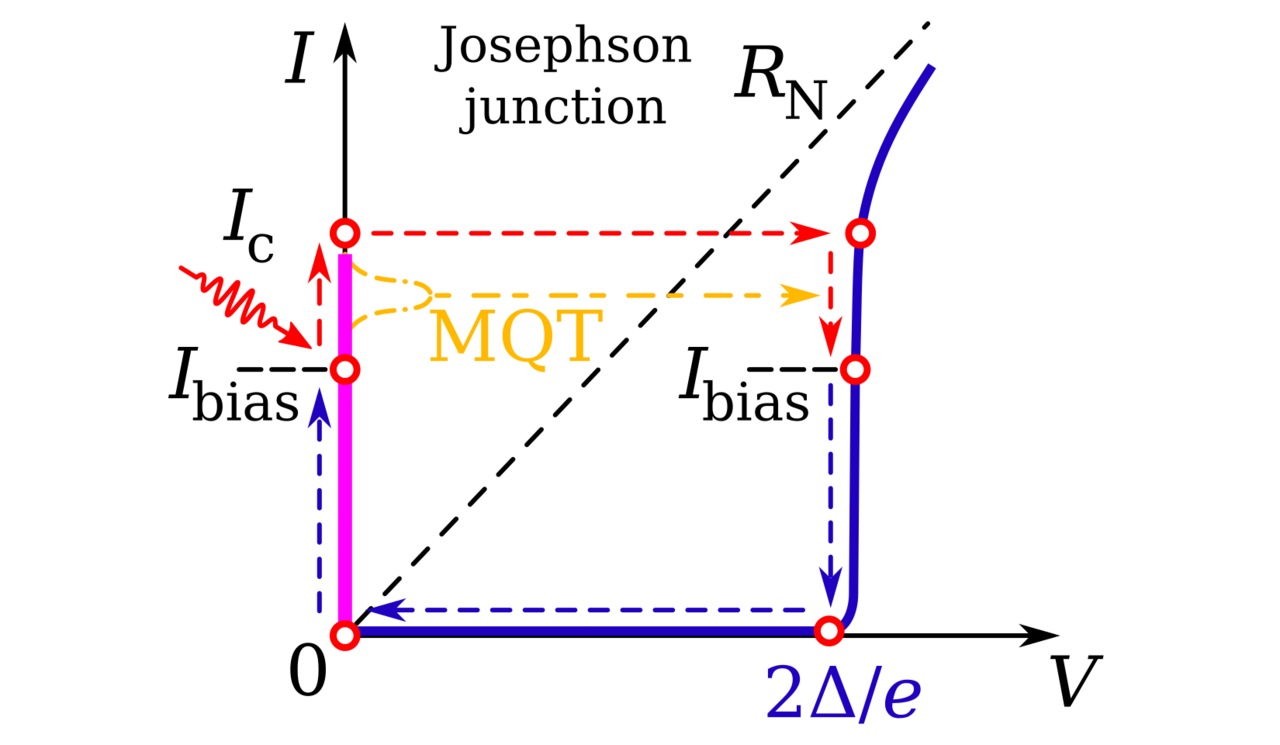 We describe investigation of microwave single photon detection down to yoctojoule range. The achieved dark count rates appeared to be much lower than was expected from previously existing theories. This shows intriguing perspectives for the implementation of a Single-Photon Counter for axion search.