Gravitational waves are everywhere. They are produced whenever a mass moves around another mass and they travel with the speed of light through the Universe, unhindered and undistorted by interstellar dust and gas. Could one produce an artificial gravitational wave to send a long-distance message?

I had an apartment in Paris, at the foot of the Eiffel Tower. The old meridian runs across the city and through the Paris Observatory a mere twenty minute walk to the east. There, on a cold early spring day Marek Abramowicz, Eric Gourgoulhon, and I left the old wooden auditorium after Enrico Barausse's monograph about gravitational waves and went for lunch to the nearby restaurant Contre-Allée. The Galactic centre, I reported enthusiastically, you know Sgr A*, the massive black hole in the heart of the Milky Way, has become our interstellar laboratory! We can test Albert Einstein's theory of general relativity by observing how a star orbits Sgr A* with the infra-red interferometer GRAVITY at the Very Large Telescope in Chile. Marek and Eric who were working on gravitational wave projects chimed in almost simultaneously: What if someone would take the laboratory idea a step further and actually put a satellite around that massive black hole.

Any material placed in orbit around the black hole, or any other body for that matter, is necessarily a source of gravitational radiation. As a consequence, it loses energy and must spiral inward to a smaller orbit until it eventually merges with the black hole. This process emits a natural gravitational wave signal with a frequency that increases rapidly, like a chirp, during the in-spiral. An unnatural gravitational wave signal would be a single note that comes from a mass moving around the black hole on a stable orbit, i.e. a signal with a constant frequency. In other words, if one wants to prevent the in-spiral and stabilise the orbit of a satellite near Sgr A*, one has to compensate the energy loss due to gravitational radiation by injecting energy from outside. In the process one produces an artificial gravitational wave - a message that travels through the entire Galaxy - with a constant frequency that corresponds to the distance from the black hole and with a signal/noise amplitude that corresponds to the mass of the satellite.

Two weeks after the inspiring lunch, Michał Bejger moved to Paris. He worked on algorithms to detect continuous gravitational waves from asymmetric neutron stars with the LIGO/Virgo gravitational wave interferometers and over some drinks on my balcony I filled him in on my new hobby. Together with Eric and Marek we worked out the energy budget, frequency and detectability with different analytical and numerical methods and arrived at the conclusion

Although we don't have the technology today to work with stellar energies and planetary masses, such quantities are in an astrophysical range that may become accessible in the future. Or... If we are not alone in the Milky Way (and granted, that's a big "if"), if there has ever exited an extraterrestrial civilisation advanced enough to study their place in the Universe, then there is little doubt that they, too, would have recognised Sgr A* as a unique location. Clearly, if a civilisation with the technical know-how to harvest stellar energy wanted to communicate, and arguably they would, they could come up with a more sophisticated device than a simple orbiting mass, perhaps a contraption that modulates the gravitational wave signal in a specific way. But even an apparatus that is not intended for communication, e.g an instrument to study the black hole or to extract rotational energy from it would send us a clear message of something being there. Should LISA receive a constant-frequency signal from the vicinity of Sgr A*, then this signal can be unambiguously interpreted as fundamentally artificial and originating from a planetary mass put purposefully into a specific orbit. - Gravitational waves are thus a new and powerful addition to the perception and advance of the whole field of SETI research.

However, so far there is no evidence whatsoever that intelligent life has developed anywhere else in the Galaxy or the Universe. We might just be the only species to dream of outer space. Or, it might be us who some day in the distant future will overcome all terrestrial discord and advance to a united space-faring civilisation and be the first to place a probe around Sgr A*.

Back to Scientific Reports
Next 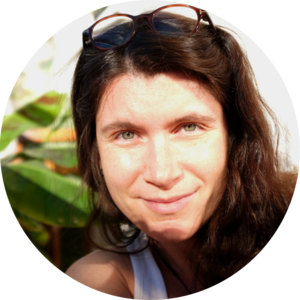