As exoplanet science seeks to characterize the atmospheres of terrestrial exoplanets, it is essential to understand the connection between a planet’s interior and early atmosphere. How can analyzing the constituent gases from meteorites, leftover building blocks of planets, inform this connection?

Of more than 4,000 exoplanets discovered to date, several hundred likely have rocky surfaces and complex atmospheres. As astronomy moves into an exciting new technological era with large-aperture telescopes and advanced instrumentation, both in space and on the ground (e.g., the James Webb Space Telescope and Extremely Large Telescopes), there is likely to be an even larger number of terrestrial exoplanet discoveries.  As a result, the next phase of exoplanet science will include characterizing the physics and chemistry of these planets and, in particular, of their atmospheres.

An atmosphere serves as a window into a terrestrial planet’s bulk composition, surface properties and potential habitability. This is because terrestrial planets likely form their initial atmospheres through outgassing of volatiles from their interiors during planet formation and, later, from subsequent tectonic processes, such as volcanism.  Therefore, in order to understand the initial conditions of terrestrial exoplanet planet atmospheres, we need to know their interior compositions.

Our Solar System’s terrestrial planets are believed to have formed by accreting material with compositions similar to those of chondritic meteorites.  Chondrites originate from undifferentiated planetesimals that formed during the period of planet formation.  In particular, carbonaceous chondrites were a likely source of volatiles for terrestrial planets. In addition, their compositions are representative of the bulk material in the solar nebular during planet formation.  For the foreseeable future, meteorites are the only direct samples that can be studied in the laboratory to gain insight into the make-up of terrestrial exoplanets’ initial atmospheres.  As a result, measuring the outgassed volatiles from carbonaceous chondrites is an important step forward in understanding the early atmospheric compositions of terrestrial planets.

Unfortunately, prior laboratory experiments on meteorite outgassing have been limited in several important ways, including the types and number of samples analyzed, the gas species that were measured, and the temperatures to which the samples were heated.  To address the limitations of prior experimental data, we designed and performed experiments that simultaneously monitor the dominant outgassing species from multiple carbonaceous chondrite samples across a range of temperatures relevant to terrestrial exoplanet atmospheres.

A year into my PhD program at UC Santa Cruz, my advisor Professor Myriam Telus and I began investigating possible experimental apparatus that could measure the outgassing compositions from meteorite samples as they were heated. While we found existing instruments that could heat samples and others that could monitor their compositions, it was not until Professor Telus took a tour of Professor David Lederman’s laboratory at the UCSC Westside Research Park, as part of the Physics Department and its recently established Materials Science & Engineering Initiative, that we discovered that the exact instrument configuration we needed already existed at UC Santa Cruz. Although the system was being used for completely different purposes, we determined that it would be ideal for measuring the outgassing compositions of meteorite samples. The experimental set-up consisted of a furnace connected to a residual gas analyzer, a type of mass spectrometer particularly sensitive to trace amounts of gas, that continuously measured the partial pressures of released gas species (identified by their mass numbers) as a function of temperature to which the chondrite samples were heated (Figure 1). We designed and tested the experimental procedures using control samples with the help of Dr. Toyanath Joshi, a Postdoctoral Fellow in the Lederman lab.

For this study, we measured the outgassing compositions of three carbonaceous chondrite samples: Murchison, Jbilet Winselwan, and Aguas Zarcas. Murchison fell in Australia in 1969; Jbilet Winselwan was found in Western Sahara in 2013; and Aguas Zarcas fell in Costa Rica in 2019 (Figure 2). For each meteorite, we heated 3 mg of powdered sample to 1200 ℃ while measuring the outgassing abundances of 10 major gas species.  For all three samples, H2O was the dominant outgassing species along with significant amounts of CO and CO2 and smaller quantities of H2 and H2S. These experimental results are generally consistent with theoretical models of carbonaceous chondrite outgassing (Figure 3). However, there are several important differences since our experiments represent an open system in which a meteorite’s composition changes as gases are released, while the models assume a closed system in which gases are not removed. 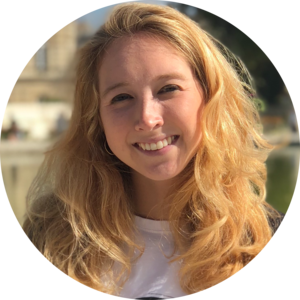