A community from Nature Research
Contributor

A casual day turned out to be the beginning of a journey leading to a remarkable discovery. On April 15th, I was the Burst Advocate for the Large Area Telescope (or LAT), the primary instrument  on the Fermi Gamma-ray Space Telescope. I have assumed this role many times, alternating with the many researchers and students in the LAT collaboration. The Gamma Ray Burst Monitor (or GBM, the other instrument on board Fermi) had just detected MeV gamma-ray emission from a short Gamma-Ray Burst (sGRB), when a few high-energy GeV photons clustered in the sky triggered our algorithms designed to detect high-energy GeV emission from GRBs. The GBM regularly detects GRBs 2-3 times per week, and these are not new sources for the LAT either, which detects approximately one GRB a month. A few other telescopes detected the burst at lower (keV-MeV) energies, and once the localization of the source became available we realized that it wasn’t an ordinary cosmological burst: the best localization was released by the Interplanetary Network (IPN) team, and pin-pointed the source at a location consistent with the NGC 253 galaxy, also known as Sculptor. Sculptor is a nearby galaxy, implying that the burst of gamma-ray did not come from a cosmological distance. Moreover, the energetics, the pulse shape, and the spectral characteristics unveil its origin to be associated with a giant flare from a magnetar. Magnetars are the most highly magnetized neutron stars in the cosmos (with magnetic fields of 1013–15 G). Giant flares from magnetars are rare, and high-energy gamma-ray radiation for such flares was never detected in the past. This is the first time.

In our paper, we discuss the association between the high-energy signal with the giant flare by applying statistically sound algorithms. We apply the Likelihood Ratio (LR) method that can distinguish between two situations: the true counterpart associated with a gamma-ray emitter, which appears to lie a certain distance away because of localization uncertainties; or a background object which, by chance, happens to lie close to the gamma-ray position. Our analysis takes into account the angular size of the counterpart candidate and the elongated shape of the LAT localization contours shown in Fig. 1, while the LR method takes into account the density of the galaxies as a function of their distance.

We find that the Sculptor galaxy is the most likely host galaxy of the LAT’s source. We quantify the probability by using Monte Carlo simulation, by randomly generating 105 different observations and comparing their output with the analysis performed on real data. The P-values range from 3.2×10-4 to 2.9×10-3  depending on the details of the analysis. There is more. The event at LAT energies is characterized by three high-energy photons that arrived between 19 and 284 seconds after the GBM trigger.  We used 12 years of data collected by the LAT to study the probability that three events arrived by chance in such a short time window. The probability is extremely low: the rate of chance coincidence between a LAT triplet signal and a GBM sGRB in the same region of Sculptor within a given time window is about one event in 6 million years, and points to the definite association between the GeV signal detected by the LAT with the giant flare of the magnetar in Sculptor. We also characterized the LAT emission, and we realized that this event is peculiar: the GeV emission is exceptionally delayed and lasts much longer than other LAT sGRBs.

This brought us to propose a possible interpretation of the event: in its quiescent state, the magnetar putatively emits a pulsar-type ultra-relativistic magnetohydrodynamic wind powered by its spin-down energy. The continual wind sweeps up interstellar gas, and stalls at a bow shock, at a distance Rbs≈ 8 × 1015 cm. After the first rapid energy release, which corresponds to the bright 140 ms pulse detected by the GBM, a shell of electrons and positrons is emitted and propagates, basically undisturbed, in the cavity between the magnetar and the bow shock. Once the shell collides with the bow shock, particles are accelerated at relativistic energies, and high-energy gamma rays are emitted by synchrotron radiation. The time separation between the initial GBM spike and the start of the LAT emission combined with the distance to the bow shock points to a relativistic speed of the expanding shell. This matches very well with the bulk Lorentz factor derived from energetic consideration (see our papers for details).

In summary, in this paper we describe the discovery of a possible new class of GeV gamma-ray emitters: magnetar giant flares. This observation implies that a relativistic outflow is associated with the magnetar giant flare observed in Sculptor, and suggests the possibility that magnetars can power some sGRBs. Future Giant Flares, especially from a Magnetar in our galaxy, will help in corroborating our model, and will provide new insight on this new class of high energy-gamma ray emitters.

The full article is accessible via this link: https://rdcu.be/cdvDd 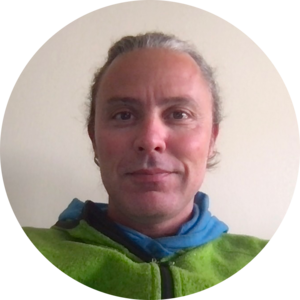