Precision detection (particularly astronomical) is not easy. New solutions for Heisenberg-limited sensing can be found in the union of algorithmic quantum metrology and optics.

Astronomical observation in general, and gravitational wave detection in particular, sometimes relies on indirect oversight of a certain laboratory medium. To make an observation, astronomers may need to determine positions, velocities, displacements, and other characteristics of physical objects that have been affected by some cosmic event. Precision demands thought: the efficiency of standard, classical measurements is constrained by the omnipresence of shot noise. Nevertheless, the example of the LIGO detector shows that it is possible to get past the noise restriction by combining quantum techniques with complex optical interference schemes.

For the last several years, our group has been conducting mostly theoretical research specifically related to quantum metrology and quantum computations. Gazing heavenward one night, we thought about distant stars and experienced a creeping feeling of weariness from the monotony of theoretical analysis. This sudden wave of reverie mixed with anxiety inspired our experimental work on mixing quantum metrology with linear optics.

The aim of our study was to construct a multibeam interference scheme realizing a Fourier transform-based phase estimation procedure — the foundation of many quantum algorithms. Namely, phase estimation is employed in adaptive learning metrological protocols, allowing for Heisenberg-limited precision. By arranging beam splitters, phase shifters, and mirrors on our brand-new optical table — purchased after our nocturnal insight — we constructed a complex interference scheme realizing a three-dimensional unitary Fourier transform matrix. The scheme enabled us to gain information about the rotation angle of certain optical elements, although it could be adapted to the measurement of other parameters as well. Much like in the case of LIGO, the quantity of interest should be encoded in the optical phase subject to the direct measurement.

The experiment has demonstrated that, despite the considerable number of optical elements and the associated degrees of freedom, interference can be effectively adjusted and controlled. Moreover, our theoretical estimates show that, in principle, linear optics allows us to realize unitary matrices with the dimension of order 100. The results of our study suggest that the optical platform is capable of performing moderate-scale unitary metrological and computational algorithms. 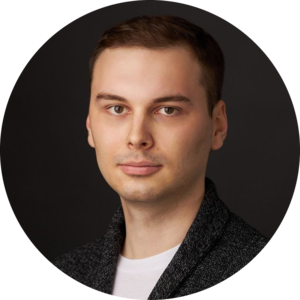