Space debris laser ranging allows to measure distances to space debris by detecting diffusely reflected light. Measuring the time of flight through space allows to reach a precision down to 1 m. Recently daylight measurements to space debris succeeded for the first time.

The effects of an impact of a millimeter-sized particle on a satellite were documented by images taken from a solar panel of the satellite Sentinel-1A. It resulted in a crater with a diameter of approx. 40 cm.

Collision avoidance and any potential removal mission, like the recently commissioned ClearSpace-1 mission, need precise knowledge of the orbit and the rotational behavior of debris objects. Due to external or internal forces acting on objects in space they can start to rotate. Such forces can e.g. act due to solar radiation pressure, magnetic field, gravitation, atmospheric drag or outgassing.

Satellite laser ranging (SLR) is a technique to measure distances to satellites which are equipped with retroreflectors. At good weather conditions, at the SLR station Graz, which is operated by the Space Research Institute of the Austrian Academy of Sciences, each second 2000 laser pulses with a pulse length of 10 picoseconds (10-12) are sent towards more than 100 different satellites during day and night. The laser light is reflected back into the direction of the source. From the approximately 1015 (1,000,000,000,000,000) photons sent out with each pulse only a few photons arrive back at the station. These are collected by a 0.5 m diameter telescope and detected using a single-photon avalanche diode detector with a diameter of only 200 µm. The individual measurements have a precision of 2-3 millimeters.

Space debris, however, does not carry retroreflectors. To detect photons from the diffuse reflection of e.g. upper stage rocket bodies a more powerful laser is needed (16 W). Due to the increased pulse length of space debris lasers (3 ns) the precision of such measurements is in the order of 1 m.

During multistatic space debris measurements one station fires laser pulses on space debris objects while multiple other stations detect the photons which are distributed across Europe after reflection. With such measurements improved orbital predictions can be calculated.

Stare and Chase experiments proved that it is possible to perform laser-based distance measurements to space debris without any a-priori knowledge of the orbit. From optical observations - analyzing the stellar background - it is possible to measure the pointing to sun-illuminated space debris objects passing through the field of view of a camera. Within a single pass over Graz SLR station an approximate orbit is derived and used to track the target and immediately retrieve laser ranging results.

We see our paper on daylight space debris laser ranging measurements (linked below) as a first step in the right direction towards increasing the output of the community in the near future. 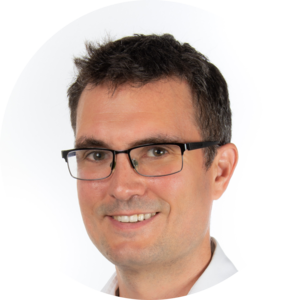