The dense molecular filaments in the interstellar medium are highly magnetized. But this observation also poses problems. In order for stars to form stars in filaments, they have to lose these magnetic fields. When and where does this happen? We zoomed into a very young cluster looking for answers.

The interstellar medium is composed of tenuous gas and dust that fills the vast amount of emptiness between stars. Stretching across the Galaxy, this rather diffuse material happens to be a significant mass reservoir in Galaxies. An important component of this interstellar gas are cold and dense molecular clouds which hold most of their mass in the form of molecular hydrogen. A major finding in the last decade has been that extensive networks of filaments permeate every molecular cloud. A picture has emerged that stars like our own Sun form preferentially in dense star clusters at the intersection of filaments.

It is now understood from theoretical simulations and observations that the filamentary nature of molecular clouds actually plays a major role in channeling mass from the larger interstellar medium into young stellar clusters whose growth is fed from the gas. The formation and evolution process of stars is expected to be driven by a complex interplay of several fundamental forces — namely turbulence, gravity, and the magnetic field. In order to get an accurate description for how dense clusters of stars form, astronomers need to pin down the relative role of these three forces. Turbulent gas motions, as well as the mass content of filaments (and therefore gravitation force), can be gauged with relative ease. However, the signature of the interstellar magnetic field is weak, also because it is about 10,000–times weaker than even our own Earth’s magnetic field. This has made measurements of magnetic field strengths in filaments a formidable task.

I started the POLSTAR project in the Spring of 2014 to conduct a systematic search for magnetic fields in molecular filaments.  My husband Jens Kauffmann (also an astronomer, now at MIT's Haystack Observatory) and I (together with Paul Goldsmith at JPL) had just published a paper a year earlier about how high–mass clumps in molecular clouds just do not seem stable against gravity if we only take turbulent gas motions into account. We proposed that magnetic fields might keep clumps from collapsing. However, we did not have any data to show that this might be a viable solution. As I mentioned earlier, the signals from fields are very weak. I had to get some idea of how weak the signals might be, and therefore how expensive time requests for observational studies of magnetic fields would be. So I searched the archives of two of telescopes (JCMT and CSO) for some data that would support my case for POLSTAR. At the time, I had no background in magnetic field research! Interpreting weak signals that barely stand out against the noise requires a fine understanding of the observational techniques and tools. So I had a lot of learning to do.  With the archival data showing a lot of promise, I published a paper to show that the magnetic fields permeating two very massive filaments in the galaxy were so strong that they would not even be tangled up by the highly turbulent gas flows in the center of our Galaxy (see Figure 1). Soon, I received a generous funding from the Deutsche Forschungsgemeinschaft (DFG), one of the main German research funding organizations, to launch POLSTAR.

POLSTAR, and other research projects into cosmic magnetic fields, study the polarization of light to probe magnetic fields. A small fraction of a molecular cloud’s mass is made up by small dust grains that are mixed into the interstellar gas. Fortunately for us, these interstellar dust grains tend to align perpendicular to the direction of the magnetic field. As a result, the light emitted by these dust grains is polarized — and this polarization can be used to chart the magnetic field directions in molecular clouds. At around the same time that I started POLSTAR, the Planck Space Observatory produced a highly sensitive all–sky map of the polarized dust emission at wavelengths smaller than 1 mm. This provided the first large–scale view of the magnetization in filamentary molecular clouds and their environments. Studies done with Planck data found that filaments are not only highly magnetized, but they are coupled to the magnetic field in a predictable way. The orientation of the magnetic fields is parallel to the filaments in low–density environments. The magnetic fields change their orientation to being perpendicular to filaments at high gas densities. This implied that magnetic fields are playing an important role in shaping filaments, compared to the influence of turbulence and gravity. But this observation also points towards a problem. In order for stars to form in gaseous filaments, these filaments have to lose these magnetic fields. When and where does this happen? Data from Planck gave us this amazing overview of the magnetized interstellar medium, however it did not have sufficient resolving power to zoom into the structure of star–forming gaseous filaments to answer these questions. With an order or magnitude higher angular resolution, the HAWC+ instrument, a polarization–sensitive detector onboard SOFIA, is now able to resolve the regions in filaments where the magnetic filament becomes less important (see Figure 2).

When you start an observational experiment to test out a hypothesis, it is best to start with the simplest cases and gradually build up the degree of complexity. So we observed the filamentary network of dense gas around the Serpens South Cluster with HAWC+ to understand the role of magnetic fields. Located about 1,400 light–years away from us, the Serpens South cluster is the youngest known cluster in the local neighborhood at the center of a network of dense filament. I received the data from this newly minted instrument and more or less immediately set out to analyze it.

HAWC+ confirmed the trend seen in the lower resolution of Planck— i.e., that low–density gaseous filaments are oriented parallel to the direction of the magnetic field, and that their alignment becomes perpendicular at higher gas densities. This was a paper I was eager to finish up. But I was also in the middle of the most exciting period of our life, as we were expecting a baby. One of the last things I could remember before being pushed into the operation theater was sending an email to my collaborator Phil Myers at the Harvard and Smithsonian Center for Astrophysics on modeling the field structure using his latest tool. Just a little later, our son was born. My child took over my world for the next six months (and most of my time thereafter). Thanks to a generous maternity policy in Germany, I was able to focus my full attention on this little wonder. With no family around us to help us, this was a life saver. I shelved my paper until I came back from maternity.

In 2019, I went back to work with a lot of excitement. Thanks to my collaborators Koji Sugitani in Japan, and Gabriel Franco in Brazil, I could compare the 200 μm polarimetry data from HAWC+ to near–infrared observations of polarized extincted stellar background light data near 2 μm wavelength. It turns out that these wavelengths probe different parts of the cloud. The combination and the fine resolution of these datasets revealed a twist to the neat and simple story aligned with the Planck results I had drafted in my mind. We found that not all dense filaments are created equal. In some dense filaments we found that the magnetic field succumbs to the flow of matter and further changes its orientation, so that magnetic fields and gaseous filaments become parallel. In our paper, we show that this change in field orientation due to gravity happens in the more opaque parts of certain filaments (like the filaments to the South–East in the picture), and that the resulting weakly magnetized gas flow can feed the growth of young stellar clusters like a conveyor belt. Like most problems in astrophysics, this finding poses many new questions. These will be now explored on the basis of many more detailed observations in this target and more distant clouds, connecting the gas flows with magnetic fields and comparisons with magnetohydrodynamic simulations (some of which actually start to predict such field behavior). I am so much looking forward to what POLSTAR has in store for us on cosmic magnetic fields. 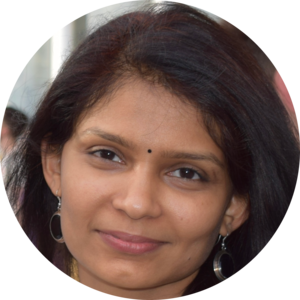