Using a binary population synthesis model, the population of millisecond pulsars resulting from the accretion-induced collapse of O–Ne white dwarfs in the Galactic bulge is shown to reproduce characteristics of the Galactic Centre gamma-ray excess.

For more than a decade, astronomers have been puzzled by an unexplained excess of high-energy photons, or gamma-rays, in the heart of the Milky Way galaxy. The excess gamma-ray signal stretches for about 5,000 light years in every direction around the galactic center and has been dubbed the Galactic Centre Excess (GCE). The signal was detected in 2009 with the Fermi Large Area Telescope (LAT) and its source has remained elusive over the years. Early hypotheses claimed that this diffuse glow from the excess could be a signal of dark matter particle annihilation. However, recent studies have put forward evidence supporting the claim that the GCE signal could have an astrophysical source: a large population of fast rotating neutron stars called millisecond pulsars at the galactic centre.

Hitherto, much of the discussion regarding the plausibility of the millisecond pulsar interpretation has been based on the ‘recycling’ scenario where an old neutron star, formed originally via a core-collapse supernova accretes material from a binary companion, in an X-ray binary phase, and is spun up to millisecond periods. In our study we focus on a millisecond pulsar formation channel which has been shown by various independent studies to produce more than half of all millisecond pulsars: accretion induced collapse (AIC).

In the AIC scenario of millisecond pulsar formation, an oxygen-neon white dwarf acquires mass from its binary companion (typically low mass) through accretion up to the Chandrasekhar limit (∼ 1.4 solar masses) and subsequently collapses to form a neutron star. During the collapse, the rotational angular momentum and the magnetic flux of the collapsing white dwarf are conserved, resulting in the formation of a neutron star spinning with, or close to, millisecond period and having a magnetic field strength about 100 million times stronger than that of Earth's magnetic field. However, just as in the conventional recycling scenario involving core-collapse neutron stars formation channel, neutron stars created via AIC may also undergo further accretion from a binary companion star in a low mass X-ray binary phase. AIC-derived millisecond pulsars do not receive any significant natal kick on birth as compared to natal kicks imparted to neutron stars resulting from core-collapse supernovae (because of an asymmetrical explosion mechanism). It is important to note that half of the approximately 300 known millisecond pulsars are detected in globular clusters which have shallow gravitational potentials. Pulsars retained in globular clusters cannot have formed with large natal kicks since these clusters have small escape velocities. Thus, millisecond pulsars born via AIC are likely to remain trapped in the bulge gravitational potential, allowing for a large population to build up over its history and proffering an explanation of the detailed match between bulge stellar and GCE morphologies.

Our Python code is based on the Binary Stellar Evolution (BSE) algorithm. We used BSE in congruence with Astrophysical Multipurpose Software Environment (AMUSE) to evolve binary star systems for our model population. We also implemented a Python module that adds new functionality to the existing BSE code, where various accretion torques and angular momentum loss due to gravitational wave radiation (during and post - AIC) are taken into consideration, to compute the spin evolution of the neutron stars.

The model created in the framework of our new study shows that the integrated gamma-ray emission of a population of millisecond pulsars can naturally explain the morphology, spectrum and the total luminosity of the GCE. And apparently, it would not be an isolated case: the gamma-ray signal from our closest neighbour galaxy, Andromeda, could also be produced by a population of millisecond pulsars. At the same time, we believe that emissions from a population of millisecond pulsars could also contribute to the mysterious Microwave Haze detected in the interior of our galaxy. In 2012, this strange Haze was detected using the European Space Agency's Planck space observatory. It appears as a non-thermal diffuse emission from the region surrounding the galactic centre. A definitive explanation for this phenomenon has not yet been found, but our study could shed light on its origin. 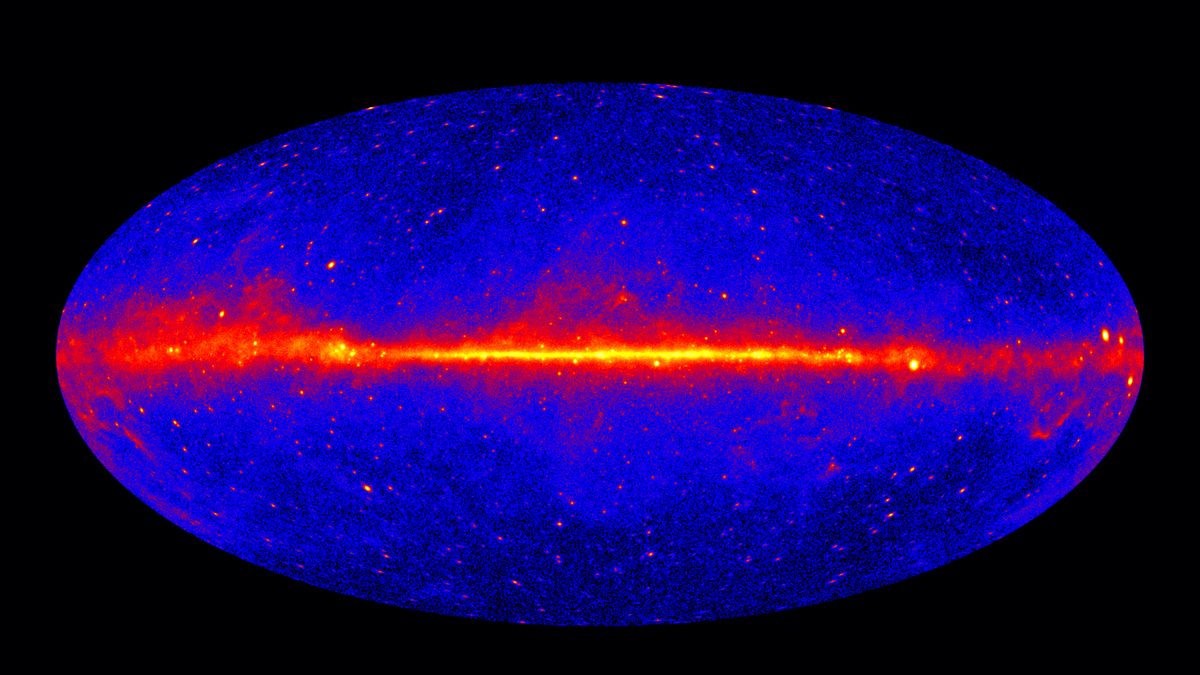