The discovery of a well defined relation between the spectral index and the flux in the soft X-ray band indicates that the adiabatic cooling of particles dominates the steep decay phase of gamma-ray bursts, giving new relevant information about the physics of these enigmatic objets.

A gamma-ray burst (GRB) is able to release in fractions of a second the entire energy emitted by a star like our Sun throughout its life, making it known as one of the most catastrophic and energetic events in the Universe. The discovery of supernovae and gravitational waves associated with GRBs has confirmed that these phenomena may be is some cases the product of the collapse of a massive star, or  in others the merger of two neutron stars. Known since the 1960s, their nature remained debated until the advent of the Neil Gehrels "Swift" Observatory, in orbit since 2004  and dedicated to the detection, localisation and characterisation of GRBs. After years of multi-band data collection, from radio frequencies to gamma-rays, we know that GRBs are associated with collimated jets launched by the central compact object. The jet launching mechanism, which is still not well understood, is able to convert the accretion energy into an ultra-relativistic expanding outflow. The particles  carried by the jet are accelerated via internal shocks or in magnetic reconnection regions, converting their kinetic energy into electromagnetic radiation, which usually peaks initially in the gamma-ray band. The jet then emits radiation at lower frequencies when it encounters and interacts with the interstellar medium, giving the so-called afterglow phase, which can last for hours or days after the initial gamma-ray flash.

With more than 1400 GRBs detected to date, the Swift archive represents one of the richest sources of data and information for understanding these enigmatic phenomena. After a systematic analysis of X-ray data from the Swift archive, we discovered a well defined spectral relation shared by several GRBs, related to a phase called "steep decay".  The results are obtained performing a time-resolved spectral analysis during the steep decay of bright GRB pulses which have been observed simultaneously by XRT (0.3-10 keV) and BAT (15-150 keV). The relation links the spectral index to the X-ray flux and its uniqueness has prompted us to search for a process with a universal origin able to correctly interpret the observed data.

The steep decay represents the demarcation limit between the conclusion of the "prompt" phase, where most of the high-energy radiation is released, and the onset of the afterglow. Its characteristic steepness of decay in flux is usually associated with the curved geometry of the jet surface within which the particles are accelerated and then dissipate their energy in the form of radiation. This phenomenon is known as High Latitude Emission (HLE) and it is due to the additional time that photons emitted from the external regions of the shock (i.e. outside the line of sight) take to reach the observer. Such phenomenon implies that, even if the energy emission stops abruptly in the shock rest-frame, we observe a gradual decline of the light curve, whose steepness depends on the emission radius. Since off-axis photons are less Doppler boosted and therefore less energetic, they induce a gradual shift of the spectrum in the observer frame. Therefore, in principle HLE could be compatible with a spectral softening, but testing this scenario we find that, in its simplest form, it fails to reproduce the observed spectral relation. In the specific, the HLE effect predicts a spectral evolution that is systematically slower than the observed one, therefore requiring an additional effect to match the data.

The observational evidence therefore imposed a paradigm modification for the theoretical interpretation of the steep decay. The solution was found by assuming that the adiabatic cooling of particles gives rise to the spectral relation. This result has a deep impact on the understanding of the emission and cooling processes of particles accelerated in GRBs shocks. Indeed, the dominance of the adiabatic process indicates that the particles fail to efficiently dissipate their energy, giving valuable information about the physical properties of GRBs, such as the magnetic field evolution in the acceleration site, as well as about the nature of the particles themselves. In particular we find that a mild magnetic field decay is required along with the adiabatic cooling. Moreover the non-efficient energy dissipation of particles may suggest that the synchrotron emission of protons, and not electrons, dominate the prompt spectra of GRBs.

This work was carried out within my research group in Gran Sasso Science Institute and in collaboration with the Astronomical Observatory of Brera. 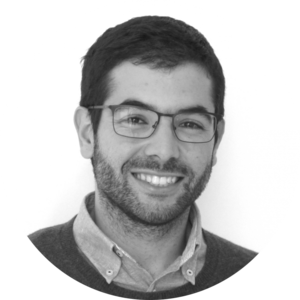