Operating manual on how to find an Earth Trojan asteroid

Don't panic, don't give up and keep pointing your telescope towards the Sun. Also remember about checking again the archives. Seriously, do it!
Toni Santana-Ros
Astronomer, ICCUB-IEEC
Follow
Like Liked by Evelina Satkevic and 1 other
0

Almost every day, we point our telescopes to recently discovered Near-Earth Objects (NEOs) with the aim of enhancing their --still-- preliminary orbit. The large majority of these discoveries are coming from the major surveys in this field, such as Pan-STARRS, the Catalina Sky Survey or ATLAS.

Most of these objects are followed-up during a few days and then abandoned once their orbit determination is robust enough to recover them (if needed) after they come back from their space trip around the Sun. From time to time, however, a small fraction of these targets are interesting enough to deserve a closer look.

For instance, this was the case of P10Ee5V in October 2017. Probably, this temporary designation does not say anything to you. But what if I tell you that this object was later designated as 1I/2017 U1, and more commonly known as 1/'Oumuamua? Exactly, this is how the first interstellar object ever observed was discovered while crossing our Solar System.

In August 2019, we find a similar story with the temporary object gb00234, which later on received the name of 2I/Borisov, the first observed rogue comet and the second interstellar object known. In this case, though, its discovery (or first detection) was not the result of one of the large NEO surveys but, instead, it was discovered by a small observatory in Crimea owned by the amateur astronomer Gennadiy Borisov.

More recently, in August 2021, we observed an asteroid which is holding the record of having the shortest orbital period among all known asteroids. 2021 PH27 -- the name of this asteroid -- revolves around the Sun more than 3 times faster than the Earth or, more accurately, it takes almost 115 days for this object to complete one revolution around our star.

The story of 2020 XL5 began in December 2020, when it was detected by the Pan-STARRS1 survey at Haleakalāa Observatory in Hawaii. Observations followed during the next few days, and some of the preliminary orbit determinations pointed out the possibility that the object could be librating around the 4th Lagrangian point of the Sun-Earth system. This would make it the second known Earth Trojan asteroid!

However, the observations available by that time, covering only a short arc of the asteroid's orbit, made it impossible to study its stability in the long term. We needed follow-up observations!

But life is hard and the object moved towards the galactic plane in January 2021, making it extremely difficult to measure when crossing such crowded fields. Luckily its orbit took it away from the swarm of stars during the second part of February 2021, giving us a new chance to observe our Earth Trojan candidate. However, our attempts with the CAHA 2.2 m telescope in Spain and the 0.8 m TJO telescope in Catalonia were not good enough to achieve a convincing measurement. We needed larger telescopes.

In addition, just like in an afternoon movie, the next villain appeared: 2020 XL5 was only 40 degrees away from the Sun, and moving towards it day by day! We just had a few weeks left until the object would hide behind a flood of photons produced by our star.

More in hope than expectation, our team kept looking for the dreamed telescope which would overcome all our adversities and reward us with a beautiful amorphous smudge from our target.

And then Maxime [1] appeared.

He took the reins to tame the 4.3 m Lowell Discovery Telescope beast, pointing it as low as 13 degrees above the horizon and gathered a wonderful detection of 2020 XL5, at V=21.76±0.15 mag!
This was a great step forward. The measurement already provided us an orbit arc of almost 3 months, which was certainly good enough to recover the object in future apparitions.

But we had come to play and we were willing to go further with our orbital stability analysis.
And then it was time for Álvaro [2], César [3], Luciano [4] and all the SOAR's operators crew

They were unperturbed by the fact that 2020 XL5 was already 32 deg away from the Sun. They were unafraid of pointing a giant just a few degrees above horizon (well, maybe just a bit afraid...). And the wonder was performed and three faint-even-though-more-than-good detections were obtained during the nights of 9, 14 and 16 March 2021, just before we had to say good bye to our Trojan candidate.

All in all, we had the peace of mind of having done everything what was in our hands to obtain the best possible astrometric data for the orbit study. But would this be going to be enough for a robust analysis? Will we need additional data from next apparitions, meaning that we need to wait almost half a year to continue our work?

And then Marco [5] had the brilliant idea of looking through the rearview mirror. Why do we need to wait to get new data when maybe there is ancillary data waiting for us?
So teaming up with Rob [6], they found not one, nor two, or even three... but 14 detections! 14 detections spanning from years 2012 to 2019. They were extremely faint smudges, undetected by the robust automatic procedures of data processing from the surveys. But they were perfectly aligned with our expectations for an Earth Trojan like orbit! There was also an extra-ball: a tentative detection obtained with the 1 m Optical Ground Station (OGS) telescope during the asteroid's trip across the ecliptic plane in February 2021 was now confirmed!

We suddenly had in our hands a dataset for 2020 XL5 which had nothing to envy to the measurements of some of the long-studied NEOs.

With the sense of a job well done, we passed the ball to our colleagues, the mathematicians. Laura [7] and Ramona [8] took over and start heating up the CPU room of the ESA-NEOCC with heavy computations involving hundreds of clone orbits to learn about the stability of our target in the long term (meaning thousands of years!).

After some days of computations, the confirmation arrived: 2020 XL5 has been librating around L4 for more than 500 years, and will stay there for almost 4000 years! 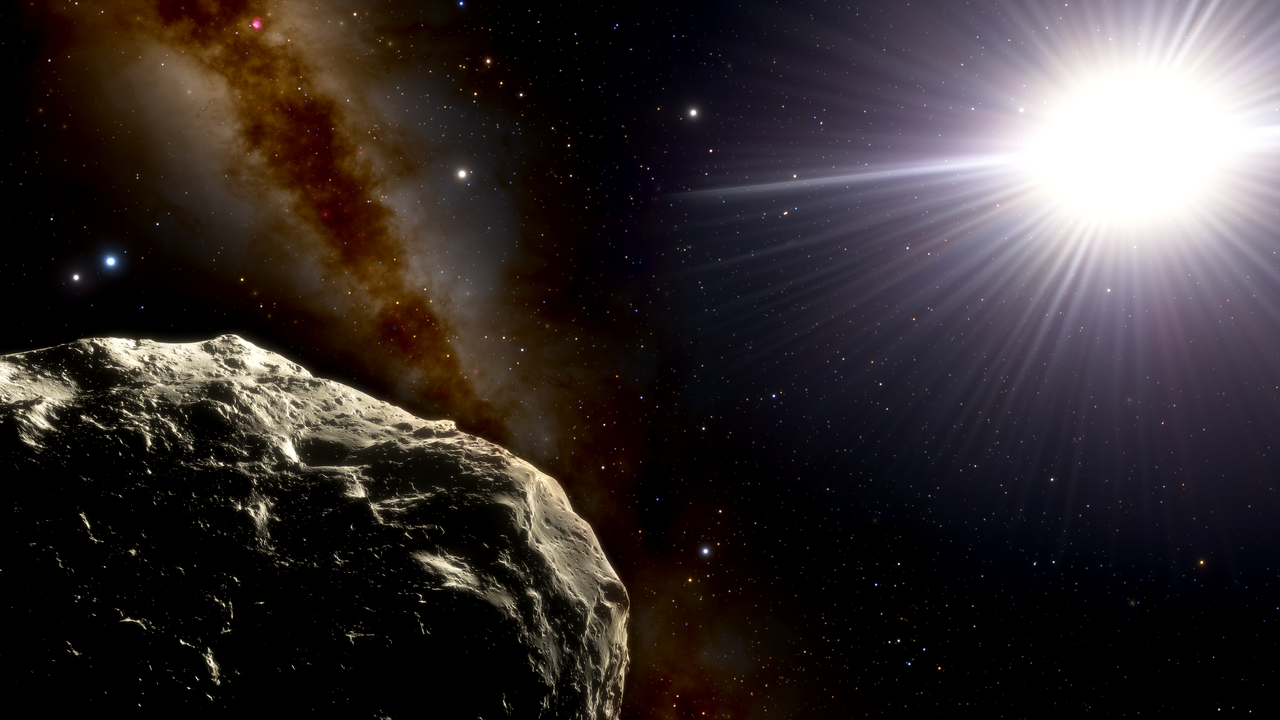 Operating manual on how to find an Earth Trojan asteroid

Don't panic, don't give up and keep pointing your telescope towards the Sun. Also remember about checking again the archives. Seriously, do it!