LIGO and Virgo’s third observing run (O3) revealed the first neutron star–black hole merger candidates in gravitational waves, and here we describe our optical search for two of them.

+1
Michael Coughlin and 1 other See all
Assistant Professor of Physics and Astronomy, University of Minnesota
Follow 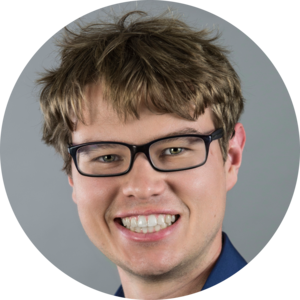 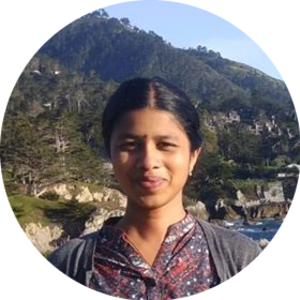 Multi-messenger astronomy is the science of using multiple different astronomical “senses” to learn about the universe. These “senses” conventionally correspond to electromagnetic radiation, neutrinos, and gravitational waves, or ripples in spacetime predicted by Einstein’s theory of General Relativity. Mergers of compact objects all produce gravitational waves. Some special types such as binary neutron star (BNS) and neutron star--black hole (NSBH) mergers are also hypothesized to produce kilonovae, which are electromagnetic signatures of these mergers that can be seen in optical light. August 17, 2017 brought the groundbreaking discovery of the BNS merger GW170817, observed by the LIGO and Virgo GW detectors. The joint multi-messenger detection of GW170817 along with its electromagnetic counterparts, a short gamma-ray burst, and a kilonova revolutionized many areas of physics, including nuclear physics and cosmology, in a way that it could not have if we had only detected the event using only one “sense”.

This past March concluded an 11-month long period during which LIGO and Virgo were on and detecting gravitational waves. Their latest observing run (O3) yielded a number of fascinating candidates, including a few possible BNS mergers, several potential NSBH mergers, and a myriad of binary black holes (BBHs).  Unlike BNS systems, NSBH systems have never before been seen.  The multi-messenger detection of an NSBH merger could provide the ideal laboratory for studying dense nuclear matter and independently measuring the local expansion rate of the universe.

The detection of NSBH merger candidates during O3 motivated several searches by optical telescopes to unveil the mysterious nature of their kilonova emission.  Targeted kilonova searches pose significant challenges for optical telescopes given that kilonovae are faint and fast-fading. In addition, GW events are poorly localized; astronomers must search a large sky region to find the exact position of the merger. In our paper, we use the Zwicky Transient Facility, a large camera on Palomar Observatory’s Samuel Oschin Telescope, along with a large collaboration of astronomers in the Global Relay of Observatories Watching Transients Happen (GROWTH), to search for kilonovae associated with two candidate NSBH events, S200105ae and S200115j. The work of these world-wide collaborations is essential, as vibrant teams of members receive calls for each alert, more often than not in the middle of the night! Our well-honed routine involved triggering telescope observations, identifying transient candidates in our images, and verifying whether those transients were consistent with kilonovae with imaging and spectroscopy. Ultimately, though we couldn’t find any kilonovae, we could infer properties of these NSBH mergers and their kilonovae even by not finding them, as non-detection gives us insights about what could have possibly been there.

Kilonovae are amongst the few ways to confirm the very existence of NSBH systems, whose gravitational waveforms look very similar to that of low mass BBH systems. Our study shows that there is immense promise in undertaking searches for the kilonova counterparts of NSBH mergers, as they are within reach of modern optical telescopes.  Continuing follow-ups of NSBH mergers is essential in granting key insights into the nature of the elusive NSBH population as a whole.