In the September 14, 2020 Nature Astronomy issue Dr. Jane Greaves reports the discovery of 20 ppb of phosphine (PH3) gas in Venus’ atmosphere, based on millimeter-wave observations [1]. This spectacular discovery is simply astounding. PH3 should not exist or be produced at the measured levels in an oxidized planetary atmosphere like Venus’. We can argue there is no plausible way for PH3 to be produced at the detected levels via any known atmosphere, surface, or subsurface chemistry [1,2]. We are left with the incredible possibility that PH3 might be produced by life. Life on Venus could not survive at the inhospitably hot surface and so would have to live in the temperate permanent cloud deck. [3,4].

Very few people realize that PH3 is produced by life on Earth. PH3 is detected in anoxic habitats such as marshlands, swamps, and even animal digestive tracts [5,6], as well as in the laboratory from complex mixtures of bacterial species [7], although the enzymes and pathways responsible for making PH3 are still unknown.  PH3 is also created by us humans, e.g., as a pesticide. A point in favor of PH3 as a biosignature gas is that it is so thermodynamically unfavorable on Earth, there is no non-life process that can produce it beyond non-negligible amounts [8,9].

Radio astronomer Dr. Jane Greaves found the somewhat obscure PH3 biology papers [6,7] while looking for ideas to search for life in the Venusian atmosphere. Independently from Jane, since about 2015, my team had been exploring PH3 as a potential biosignature gas for future telescopes to search for life in exoplanet atmospheres [9]. My close colleague Dr. William Bains had an even longer-standing interest in PH3, and had just completed two papers supporting PH3 as produced by life on Earth [5,8]. As word got around of my team’s expertise on the incredibly niche topic of PH3 and life, we were connected with Jane through a mutual contact. Together with others on her team we worked on detailed interpretation of PH3’s planetary production pathways in an anoxic atmospheres, despite many unknown reaction rates.

Have we found evidence for life on Venus? No. But we have found a very intriguing signal that will motivate work for years to come. We have Venus data from IRTF and team members are proposing to other infrared-capable ground-based telescopes (including the airborne SOFIA), although PH3 only has very weak signals in the infrared.  Two Discovery-Class Venus Missions are currently in a phase A competition, but are not focused on life or signs of life detection.

A small Venus mission with a small payload could be launched within the next few years to confirm the presence of PH3 gas and measure its vertical distribution in the atmosphere (along with other gases). A series of nimble and focused missions could seek for further signs of life and even life itself. A golden era of Venus exploration lies ahead. 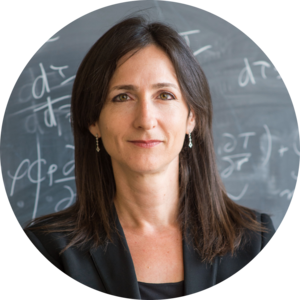 In  that paper, the authors discuss possible origins for the production of PH3 and mention that living organisms on earth can produce it. They write in the discussion that "... we emphasize that the detection of PH3 is not robust evidence for life, only for anomalous and unexplained chemistry". (In fact, also Agundez et al 2014, ApJ720, L27, a paper that is not cited by Greaves+, had also difficulties to explain the chemistry of PH3, but did not mention life as a possible source). To conclude that conditions on Venus are so adverse for life that the most probable explanation is our lack of understanding of chemical networks is a perfect application of Occam's razor, and I am pretty sure that had the authors entered in speculations on Venusian life, Nature Astronomy's refereeing process would have intervened.

I was, however, quite upset that the press releases that followed the  paper went in a completely different direction. These press releases were under complete control by the authors and are not the product of a journalist that went rogue. For example the ESO press release https://www.eso.org/public/unitedkingdom/news/eso2015/?lang is titled  " Possible marker of life spotted on Venus", and in a prominent location of the press release they write " The detection of phosphine could point to such extra-terrestrial “aerial” life", which is quite different of what has been published, and therefore is missleading. Also this editorial states "We are left with the incredible possibility that PH3 might be produced by life", as if a poor understanding of atmospheric chemistry would not be the explanation favored by Occam's razor. I also do not agree with the suggestion that the next step is to send a probe to Venus. The next logical step is to make an inventory of spectral lines in the atmosphere of Venus and to try to learn more about chemical reactions in such an environment.

Such misleading press releasesnot only damages the reputation of your journal, but also of science as a whole. Our credibility as scientists is our most important asset. We need it in discussions such as climate change and it is too valuable to be sacrificed for the benefit of the career or vanity of some researchers.

Authors should be reminded to apply the same standards (among those Occam's razor) as to a publication in peer reviewed paper.