Phosphorus is a fundamental element for Earth life's development, but its Galactic and Solar value is larger than what models predict. We discover phosphorus-rich stars with peculiar abundances that challenges current stellar nucleosynthesis theory but that could be our part of our cosmic origin. 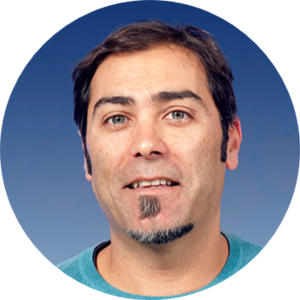 Phosphorus is one of the five elements necessary to the development of life such as we know on Earth (the others being C, N, O and S). Phosphorus has a fundamental role for deoxyribonucleic acid (DNA) and is the main constituent in energy exchange in cells; nevertheless it is the less abundant among life's elements. As an astronomer, I have been wondering for years about the nucleosynthetic origin of this particular atom, in particular because Galactic chemical evolution under predict the phosphorus we observe in the Milky Way (especially at low metallicity), suggesting that a source of phosphorus is neglected in the models or even possibly unknown.

According to stellar evolution theory, phosphorus can be produced via two main channels: in low-mass (Sun-like) stars at the end of their lives -the so-called asymptotic giant branch (AGB) stars- or in very massive stars exploding as supernovae (SNe). However, for many years there was no available astronomical instrument capable of detecting efficiently the couple of tiny spectral phosphorus lines in the near-infrared and thus to test the theory. Things have improved over time with the engineering of new high resolution astronomical spectrographs in the infrared range. But what has drastically changed in the recent years is the advent of large spectroscopic astronomical surveys, especially including one in the near-infrared (aka APOGEE, https://www.sdss.org/surveys/apogee-2/).  APOGEE is one of the four surveys of the Sloan Digital Sky Survey (phase IV) –the most productive astronomical collaboration among the world. In addition, to optimally mine the large amount of data provided by those surveys, synergistic collaborations have been developed between astronomical observations and data science. It is such a collaboration that has permitted us to uncover a new type of stars strongly enriched in phosphorus.

The story behind this paper started almost one year ago, around a regular morning coffee at our research institution (the Instituto de Astrofísica de Canarias (IAC), Spain). My IAC colleagues (co-authors of this study) asked me whether I could think about interesting applications of artificial intelligence (AI) methods on large spectroscopic surveys such as APOGEE. In particular, they were looking for an application for a code developed by a PhD student in computing science and his supervisors at the CITIC (Centre for Information and Communications Technology Research, Spain), also co-authors of this study. This code was designed to explore large datasets of spectra. That's when I thought of digging up the old idea of the origin of phosphorus. The picture was then simple: apply the algorithm to the APOGEE spectra, and select the stars showing strong phosphorus spectral lines. As outlined above, we were expecting two scenarios: either we find none, favouring the scenario in which only massive stars have polluted the intergalactic medium, or we find some, which would in this case prove that those stars have accreted phosphorus-rich gas from a (now extinct) AGB star binary companion.

We indeed successfully identified a bunch (15) of phosphorus-rich stars (among several hundred thousand of Galactic stars!). Surprisingly, they turned out to be very different from what was expected: their overall chemical composition has nothing to do with known AGB nor SNe stellar nucleosynthesis predictions. Actually, the global chemical abundance pattern shown by phosphorus-rich stars does not resemble any stellar nucleosynthesis process known.

We concluded that more elaborated physics (e.g. rotation and/or advanced nucleosynthesis in convective-reactive regions) in massive stars may represent a promising way to explain our discovery that should be explored from the theoretical point of view.  Meanwhile, we will pursue the improvement of our detection method and try to detect more phosphorus-rich stars, notably at several different metallicities. Hopefully, further interdisciplinary collaborations and more coffee discussions will shed light on the progenitors of the phosphorus-rich stars. So stay tuned!