What drives the most powerful explosions in the solar system? Using new radio observations from the Expanded Owens Valley Solar Array, we begin to probe their central engine.

In the standard scenario of eruptive solar flares, a large-scale sheet-like structure with strong electric currents (called a “current sheet”) is perceived as the main engine that drives the catastrophic release of magnetic energy. Yet one of the most crucial physical properties of the current sheets—the magnetic field—is not measured, leaving this scenario of magnetic energy release largely untested.

Gyrosynchrotron radiation, generated by mildly relativistic electrons gyrating in the magnetic field, provides a unique means for measuring the dynamically evolving magnetic field in the solar corona. In the solar flare context, this radiation falls into the microwave range. To map the coronal magnetic field, however, microwave imaging spectroscopy with sufficient angular, spectral, and temporal resolution is required. Such observations have not been available until the completion of the Expanded Owens Valley Solar Array (EOVSA), a university-operated, 13-element radio interferometer dedicated to solar observing.

On 2017 September 10, merely five months after the commission of EOVSA, Natsuha Kuroda, our observer on duty at that time (now a postdoctoral fellow at Naval Research Lab), told the group that “We have a MASSIVE flare! All antennas are tracking, and attenuation looking clean!” This was a Sunday, but there was a lot of excitement in the email thread. After seeing the EUV images from NASA's Solar Dynamics Observatory, I boldly declared that “This will likely become a classic!” Dale Gary, Director of EOVSA, agreed with me, and the team moved swiftly on calibrations and produced the first images the next day. We were right—this event turned out to be the second-largest flare in Solar Cycle 24 and is becoming one of the most studied flares. (A collection of publications on this event now includes >50 publications and counting, including an earlier Nature Astronomy paper by Morosan et al.) Perhaps more importantly, the event had a nearly perfect edge-on viewing perspective, making it an ideal, "textbook-type" example for comparing with theoretical predictions.

With the help of our techniques for analyzing spatially-resolved microwave spectral data (see our recent Science paper by Fleishman et al.), we were able to derive the magnetic field strength at different locations along the current sheet. Some intriguing features immediately emerged from the measured magnetic field profile: the field strength showed a local minimum above the top of the flare arcade, above which there was another local maximum. What are these peculiar features? In searching for answers, a recent paper by Forbes et al. caught my eye. This was an update of the (arguably) most well-known analytical eruptive flare model by Lin & Forbes. The magnetic field profile of the current sheet in their model showed a similar local maximum feature, which coincided with the primary location of magnetic reconnection in the current sheet where antiparallel field lines break and reconfigure themselves, known as the reconnection “X” point. This was truly my “aha” moment! Working with my colleagues Drs. Chengcai Shen and Kathy Reeves at the Center for Astrophysics | Harvard-Smithsonian, we later reproduced the observed magnetic field profile in the analytical model as well as in a state-of-the-art numerical simulation. We could finally claim that we had measured the magnetic properties of the flare’s central engine!

Another surprise came from the measurements of the relativistic electrons at the current sheet also returned from the microwave spectral analysis. We find that the primary reconnection X point, where a very strong electric field is present (above 4,000 volts per meter) to easily accelerate the electrons, does not coincide with the location of the largest population of flare-accelerated relativistic electrons. Instead, the aforementioned local minimum of the magnetic field located below the X point (referred to as the “magnetic bottle”) has 99% of these electrons present in its vicinity! This is a clear indication that the magnetic bottle plays a crucial role in accelerating and/or confining electrons to relativistic energies.

These observations have far-reaching implications for deciphering the physical mechanisms behind fast magnetic energy release and particle acceleration in solar flares. To make further progress, the next step is to combine such observations with advanced MHD and particle simulations. We are currently involved in a newly launched NASA Heliophysics DRIVE Science Center to tackle this problem. Stay tuned! 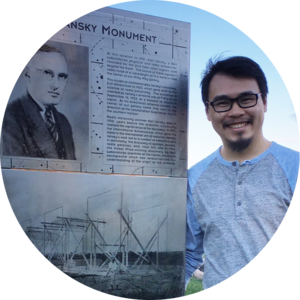