Astronomers have long been curious about the Tibetan Plateau. Whether or not a high-quality observing site for future astronomy can be discovered on the plateau used to be a persistent question in the community. In a recent NATURE article, we presented an answer.

On the east hemisphere, there was no observing site good for modern large telescopes and instruments that are able to tackle with extreme physical problem in the universe. For a specific cosmic event happening at the daytime of the west hemisphere, our human beings are very likely to lose the chance to uncover the natural laws that govern this kind of transient phenomena. This is inevitable if we keep having the right equipments ready only at the currently best astronomical observing sites. For this reason, astronomers have long been curious about the Tibetan Plateau. Whether or not a high-quality observing site for future astronomy can be found on the plateau used to be a persistent question in the community. In a recent Nature article, we presented an answer. A brand-new astronomical observatory is now emerging on the Tibetan Plateau!

The Tibetan Plateau (also called Qinghai-Tibetan Plateau) is the highest on Earth. From 26.0° N to 39.8° N and 73.3° E to 104.8° E, the plateau has an average elevation over 4,000 m, The site introduced here is in Qinghai Province on the plateau, specifically at a local summit on Saishiteng Mountain, which is located at the east of the Altyn Mountains and the northern edge of the Qaidam Basin, where the plateau ends. The elevations of the targeted sites on Saishiteng are all between 4,200-4,500 m, and the geographic coordinate of the actually tested point is (38.6068° N, 93.8961° E), with an elevation of 4,200 m. The Lenghu site occupies a unique geographic position in the Eastern Hemisphere and bridges the huge gap between Mauna Kea (155.8246° W), Atacama (70.4042° W) and Canary Islands (17.8577° W). This will form a perfect network of ground-based high-quality observatories readily for great scientific discoveries, including searching signs of life on exoplanets, electromagnetic counterparts of gravitational wave outbursts and high value transient events alerted by space-borne triggers that need to be done in very narrow time window, and much more.

In last 3 years, our team carried out a test at a site in Lenghu, namely Saishiteng mountain which is just on the northern edge of the Plateau. The huge area surrounding the mountain and the Lenghu Town has a relatively low altitude below 3,000 m, the climate is extremely arid, like the Atacama Desert, and the local sky (day and night) has long been known to be unusually clear. According to the climate record collected at three local weather stations over the last 30 years, the average annual precipitation is around 18 mm, with over 3,500 hours of annual sunshine. Land transport from the site to the local supporting base, Lenghu Town, and then to the developed area of China by road and railway networks are convenient. The nearest international airport, highway access and cargo railway stations of Dunhuang are all within only 250 km of the town. The altitude of Lenghu Town is only 2,700 m and is 80 km away from the site, which provides comfortable conditions for a supporting base of the site. This infrastructure enables good logistics for future activity at the site.

The first close sight of the mountain was made at the night of October 22, 2017, the Milky Way was hanging across the sky in the background of stars, I could not even see stars twinkling ! This is the sign of good seeing for naked eyes. But for identifying a site for professional observations, actual seeing and observable time should be tested and judged on statistics of long period and high duty cycle measurements.

The testing of Lenghu site started with the aim of finding a new observational site for ground-based optical/infrared telescopes, for the future development of astronomy and planetary science in China, and to make the site international. Therefore, we sought to make site testing match international standards on similar work for giant telescopes (Schöck 2009, for TMT). Given the supporting infrastructure is still being improved, this initiative put the site testing for seeing limited observations at the first priority, therefore the most fundamental site parameters were considered at this initial stage.

We rank the qualification parameters in the following:

The main site parameters, including cloudiness and night sky background brightness, air temperature, pressure, humidity, wind speed and direction, dust, and most importantly seeing (by Digital Image Motion Monitor (DIMM)), have been monitored starting at different times since January 2018. As DIMM seeing must be measured at the vicinity of a telescope project and at a similar height of the instruments from the ground, a 10 m tower was built to mount the DIMM. In order to collect data for seeing assessment as soon as possible, the building materials and tools were carried to the site by helicopter and the scientific devices were manually carried up to the mountain in September 2018, before the road reached the site. This could not be accomplished without the great assistance from the local government of Lenghu Town. All raw data, site parameters and preliminary statistics are updated daily and are available at http://lenghu.china-vo.org/index.html.

The deep concern in the community about Lenghu site is dust. Why should dust be a special issue for the site? This problem comes virtually from the large-scale environment of Lenghu and its local landscape. As illustrated in figure 1, the largest desert of Taklimakan is located at the upstream of the prevailing wind, about 1000 KM away. The sandstorm originated in Taklimakan is a known problem for the air quality in a large area east of the desert. Sand particles can also be lifted from the local Gobi during the high wind season (usually March-May). This is exactly the reason why Lenghu has not been scheduled in previous site survey plan (no people reached there before that time). However, dust grains blown off from unstable desert or Gobi has a certain scale height, it can hardly go higher than 1000m from the ground. The vertical density profile drops off logarithmically. The way out is then to find a sharp raising high mountain! The potential site, Saishiteng mountain does is 1200 m or more higher than the Qaidam basin within 20 km distance. Our measurements of the local dust grains at the testing site proven that the site is free of dust problem.   `

The success is based on all kinds of hardships, just like what the ancestors of ESO experienced at the founding of La Silla observatory, or even worse. The first year of the work at the site was not very typical research type, more like mountain climbing adventures. After the initial setup with the help of a helicopter, all field work at the mountain top can only be done after 3 hours of climbing, with alpenstocks and fully loaded mountain bags (tools, instruments and food).

As we have demonstrated in the article (URL: https://www.nature.com/articles/s41586-021-03711-z ), that Lenghu site has the quality comparable to world best known sites of Mauna Kea and Atacama Desert, and because of even lower precipitable water vapor (PWV), it is very promising for future large telescope projects working at infrared wavelengths. For detailed scientific content of the work, please go reading the paper and its supplementary material.

I would like to thank the executive director of Lenghu Science and Technology Entrepreneurship Park， Mr. Cairang Tian (on the lower right corner of the following image) for his constant support and personal participation during the whole site testing period. Thanks to Haixi government and Qinghai Provincial Department of science and technology for funding. Thanks to all team members, Dr. Fan Yang (The second from the left on the top of the following image) especially for making possible of impossible tasks. This work is under the collaboration of the National Astronomical observatories CAS, China-West Normal University, Purple Mountain Obseravtory CAS and Institute of Geology and Geophysics CAS. 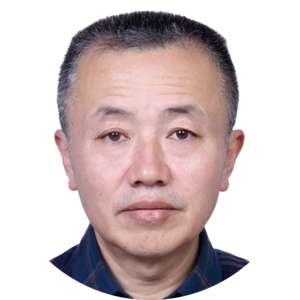 Francesco R. Ferraro
Spectroscopic evidence for a large spot on the dimming Betelgeuse
Contributor Nature Communications
Behind the Paper