Realistic three-dimensional magneto-thermal simulations of magnetars with strong, large-scale toroidal magnetic fields accurately describe the observed light curves of 10 out of 19 magnetars in quiescence and allow their rotational orientation to be further constrained.

Many neutron stars are known to have magnetic fields, but magnetars have the strongest fields reaching values of  1015 G. In our research we study the structure of their magnetic field and how it forms the surface temperature patterns of these weird stars.

Magnetars are usually known for their transient behaviour, such as bursts and flares. Some of these objects can briefly outshine the whole Galaxy during a giant flare. In their normal, so-called ‘quiescent’ state, magnetars emit thermal X-ray emission. This emission modulates strongly with amplitudes of 16-53%. What could cause these periodic fluctuations?

In earlier research it was suggested that the surface of magnetars is covered with a few hot spots. These hot spots might have different sizes and different temperatures and they are not located at opposite poles. It was suggested that hot spots could appear due to a specific magnetic field configuration or heating by currents floating in the magnetosphere of the neutron star.

We also model configurations where the crust confined toroidal magnetic field contains 90% of total magnetic energy. In this case the hot region is either shifted toward one hemisphere as it is seen in one of our simulation or a single hot spot is formed. The single hot spot is formed when the axis of the large-scale toroidal magnetic field is misaligned with axis of the poloidal dipolar magnetic field. This configuration could produce pulsed fraction up to 53% which explains most emission pattern. Therefore, even without magnetospheric heating, the crust confined magnetic field evolution can explain properties of quiescent emission from magnetars. 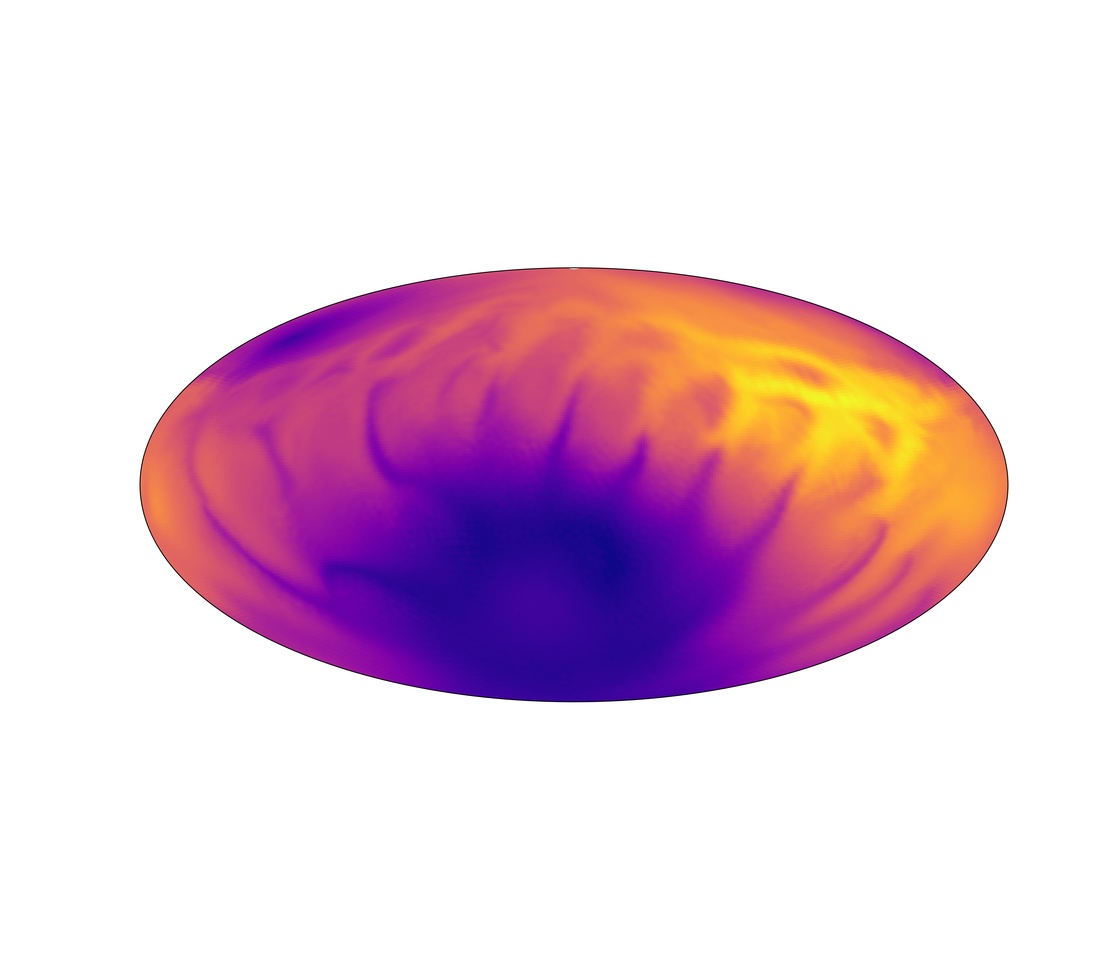