It is well known that Earth’s interior hosts light solar noble gases, contrasting to planetary signatures in the atmosphere, while the exact source location of primordial gases within Earth is enigmatic. Our study finds that the terrestrial core itself might solve this core issue in geochemistry.
Manfred Vogt
Postdoctoral Researcher, Ruprecht-Karls-Universität Heidelberg
Follow
Like Be the first to like this
0

Incorporation of iron meteorites in the core could explain variable noble gas signatures in different mantle reservoirs, according to stepwise heating experiments which show that the Washington County meteorite carries solar wind-derived He and Ne.

The acquisition of solar-type helium and neon within Earth is either ascribed to incorporation of solar wind irradiated solids or solar nebula gas dissolution into a magma ocean during early stages of terrestrial accretion ~4.5 billion years ago. The most diagnostic and distinct isotopic fingerprint is provided by the isotopic ratio of neon. 20Ne/22Ne end-member ratios for (deep) mantle derived samples cluster around the canonical “solar” 12.5 value compared to a “planetary” value of 9.8 in the atmosphere (Figure 1, [1]). Since decades, the research group for geo- and cosmochemistry at the Institute of Earth Sciences of the Heidelberg University, Germany, measures He and Ne isotopes in samples from plume-derived oceanic island basalts (i.e., the lower mantle) and mid oceanic ridge basalts (i.e., the upper mantle). It was the group leader, Prof. Dr. Mario Trieloff – my co-author and PhD supervisor – who identified that the isotopic ratios of neon in mantle plumes are indistinguishable from the solar wind implanted Ne-B component in meteorites with a 20Ne/22Ne ratio of ~12.5 [2].

When I started my PhD in 2015, I was highly interested in meteorites and motivated to deciphering unresolved mysteries in geosciences using isotopic tracers. I was amazed by the immense geo- and cosmochemical potential provided by studying noble gases, in particular by the (solar) isotopic ratios of neon. Despite the ubiquitous nature of implanted solar wind neon in the surface of extraterrestrial materials, I needed quite a while during my initial research ambitions to realize that the implanted component was generally considered insufficient to significantly contribute to the solar noble gas budget during terrestrial accretion. My detailed investigations proved that black is white, and by showing that accretion of solar wind irradiated cosmic dust, on its own, might have provided sufficient quantities of solar neon to Earth’s mantle to explain the observed signatures, I published the first part of my PhD studies [1].

The consecutive part of my PhD focused on the imprecisely known source location of the solar signatures within Earth (Figure 2, [3]) – which was an unsatisfactory state of knowledge for me. Traditionally, the source reservoir for solar noble gases is assumed to be isolated in the lower mantle, a domain that is sampled by deep-rooted mantle plumes. Although such mantle upwellings are possibly ascending from the core-mantle-boundary and previous hypotheses suggested that the Earth’s core might be a potential reservoir for solar He and Ne, there was no hope to test these models by sampling the terrestrial core.

For the benefit of my studies, I was permitted to investigate iron meteorites, fragments of the cores of protoplanets and our only available analogue to materials from the deep interior of Earth. It was my privilege to conduct the most detailed noble gas study [4] of the iron meteorite Washington County (Figure 3), which was prominent for keeping a “noble” secret even after about 60 years of noble gas studies on this specimen.

To pursue the educated guess to reveal something spectacular, I faced the remarkably intricate measurements and stood for the first time in my career vis-à-vis with a noble gas mass spectrometer. I finally understood why a fellow scientist during one of my first conferences once called noble gas geo- and cosmochemistry the “black magic” of geochemistry. Nevertheless, the great effort paid off. I was astonished by the results of my measurements, which unambiguously indicate the presence of solar wind signatures in the interior of Washington County (Figure 4). In this regard, I found the first solid proof – otherwise only provided by experimental and modelling approaches – for light solar noble gases within the metal of a planetary body, including far-reaching implications.

Most intriguingly, metallic cores of other planetary bodies, including the Earth might host solar wind derived helium and neon that partitioned into segregating metal melts during core formation. Recently determined partition data [6] for He and Ne between liquid metal and silicate are in favour for such scenarios. Furthermore, a closer look at available noble gas data until the year 2004 [7] points towards hitherto unreported (or unrecognized?) evidence for light solar noble gases in several other iron meteorites. The direct implication of the results of our study [4] is that the terrestrial core is a realistic source reservoir for light solar noble gas signatures observed in Earth’s mantle. Earth’s core might play an active, but until now neglected, role in the noble gas geochemistry of the terrestrial mantle. This can possibly alter our understanding of volatile geodynamics.

[3] Porcelli, D. & Ballentine, C. J. Models for the Distribution of Terrestrial Noble Gases and Evolution of the Atmosphere. Reviews in Mineralogy and Geochemistry 47, 411–480 (2002).

Geoscientist in Geo- and Cosmochemistry 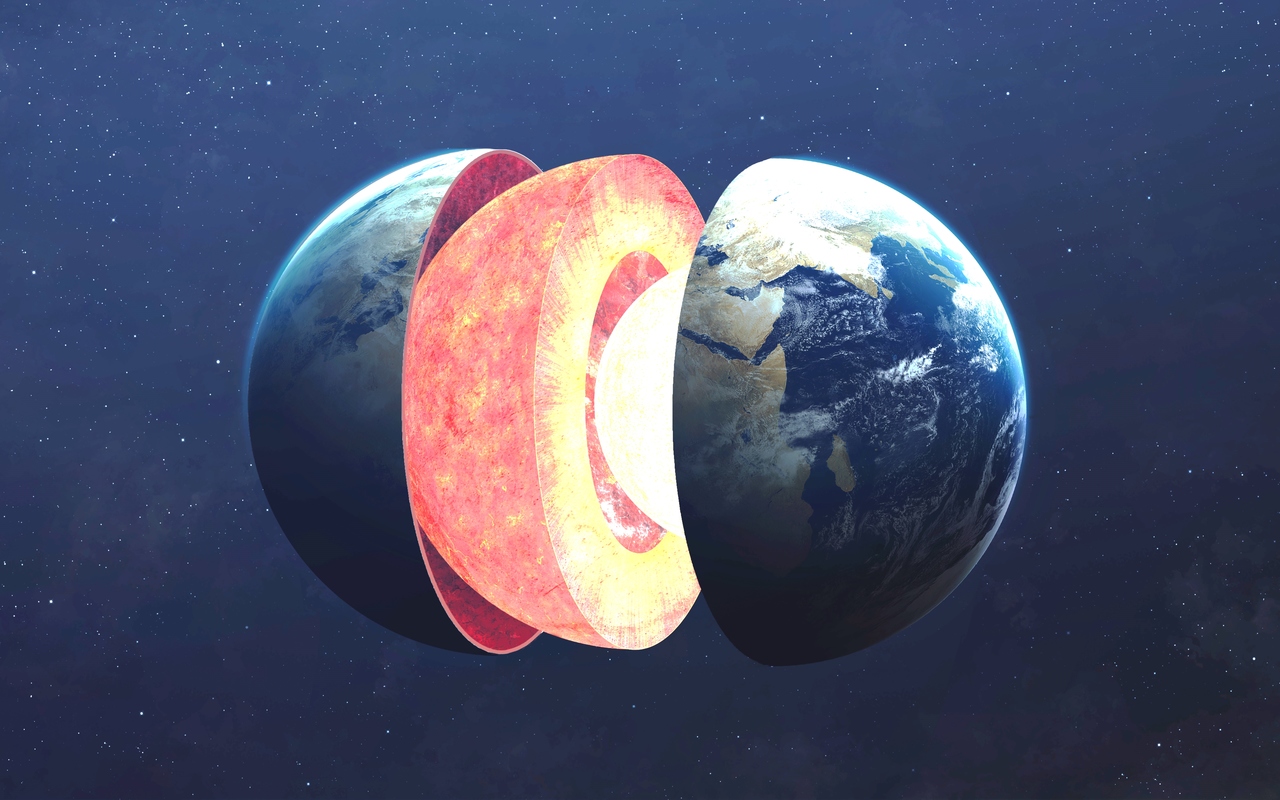 It is well known that Earth’s interior hosts light solar noble gases, contrasting to planetary signatures in the atmosphere, while the exact source location of primordial gases within Earth is enigmatic. Our study finds that the terrestrial core itself might solve this core issue in geochemistry.