A millennium ago, an explosion in the massive star-forming region G5.89-0.39 ejected streamers of material in all directions, liberating 1046–49 erg of kinetic energy. Using high angular resolution (~0.1’’) ALMA observations of CO (J=2–1) emission, Luis Zapata and colleagues have identified 34 of these molecular filaments radiating from a central ultra-compact HII (UCHII) region. Radial velocities give an impression of the three-dimensional structure of the filaments, shown in the figure and animation below, and half the number are red-shifted and half blue-shifted. Velocities increase linearly with (on-sky) distance from the centre, indicating that the density of the outflows must be considerably larger than that of the ambient medium. No molecular emission is seen from the UCHII region itself (indicated by black contours of continuum emission in the image); complementary SiO (J=5–4) observations trace the more central, denser parts of the molecular gas, including some of the CO filaments, but do not encroach the UCHII region.

The source of the explosion is unclear, but researchers including Zapata have suggested that the formation of a tight stellar binary, or the merger of two protostars could be responsible, where the release of gravitational potential energy is rapidly converted to kinetic energy. Other instances of explosions have been seen in the Orion-KL or DR 21 star-forming regions. These three known events, spread over 10,000 yrs (the kinematic age of DR21), lead the authors to estimate that one such explosion occurs every 130 yrs in our Galaxy.

Paul Woods
Senior Editor, Nature Astronomy
Follow
I am the Nature Astronomy editor who usually deals with papers on stars, the interstellar medium, the Milky Way & the Magellanic Clouds and anything molecular. My background is in astrochemistry, looking particularly at star & planet formation, the Early Solar System, evolved stars and the dust content of the Large Magellanic Cloud. 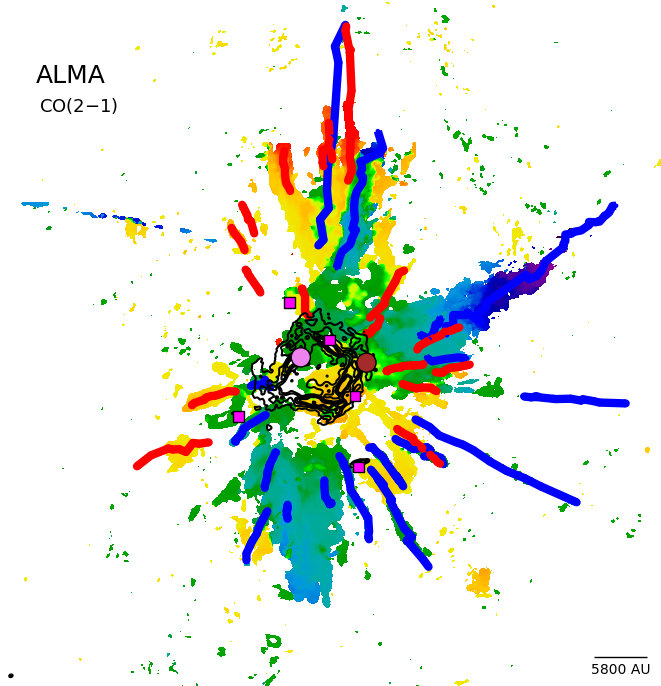