The surface of Mars is frozen and dry, but strong subsurface radar returns under the southern polar cap may have detected liquid brine. Two competing groups from opposed sides of the Atlantic Ocean have united to extract additional clues from a limited amount of data.
David Stillman
Section Manager, SwRI
Follow
Like Liked by Evelina Satkevic and 1 other
0

MARSIS attenuation and thermal data confirm that liquid brines are the most plausible source for the bright reflections at the base of the South Polar Layered Deposits. Such results also justify why SHARAD does not penetrate to the base of the ice.

The discovery of an anomalously high-reflectivity material

In 2018, Orosei et al. (2018 – many of these authors also participated in our current work) shocked the science community by announcing that they confirmed that a highly reflective material at the base of a region in the south polar cap named Ultimi Scopuli had an apparent dielectric permittivity >15. Note, dielectric permittivity in dry and cold materials is typically <12 and primarily a function of density as the permittivity. Thus, permittivity values >15 suggest other dielectric or conduction mechanisms that match those of water-bearing materials. This discovery was made using a novel acquisition scheme that allowed for the collection raw radar data from the MARSIS (Mars Advanced Radar for Subsurface and Ionosphere Sounding) instrument onboard Mars Express that significantly reduced the jitter of the returned amplitudes from MARSIS acquisition with onboard processing as demonstrated in Fig. S1 in our current paper.

However, I and many others were still skeptical as the higher frequency 15-25 MHz “sister” radar (SHARAD – SHAllow RADar instrument onboard MRO – Mars Reconnaissance Orbiter) is not capable of detecting this strong radar return that was found by the 1.3-5 MHz MARSIS instrument. MARSIS also had a less-than-perfect track record of subsurface detections, as deep subsurface reflectors interpreted as buried impact basins in a Science paper (Picardi et al., 2005) were later found to be out-of-plain reflections that were magnetospheric in origin. Thus, I was left pondering, why doesn’t SHARAD detect this reflector and could this be some strange artifact?

Two papers (Bierson et al., 2021 and Smith et al., 2021) were published within a month of each other questioning the inference that only liquid brine materials could cause a dielectric permittivity >15. These papers contradicted my decades of experience of making and interpreting electrical and magnetic property measurements at Martian temperatures. These papers also did not go unnoticed by the Italian contributors to this paper. In an attempt to strengthen a response to these papers, Dr. Elena Pettinelli reached out to me to ask for some of my data that could be used to help show the shortcomings of these papers.

To put this in context, Pettinelli, along with Dr Elisabetta Mattei, Dr Sebastian Lauro, and Dr Barbara Cosciotti have setup a state-of-the-art laboratory that has been measuring the electrical and magnetic property measurements at Martian temperatures for decades. They are my number one competitor when it comes to measuring the electrical properties of planetary materials. In fact, the last correspondence my colleague Dr. Robert Grimm and I had had with the Pettinelli group was a series of three papers (Grimm et al., 2008; Pettinelli et al., 2016; Grimm and Stillman, 2016) that discussed issues with the measurements or interpretations made by the other group. While it is never fun to have your work criticized by other experts in the literature, the correspondence was professional and helped improve the science, which is ultimately the goal of any career scientist.

The data sharing then turned into further Email discussion, which then turned into biweekly Zoom discussions (conducted at 6 am in Colorado, USA; 2 pm in Rome, Italy; and 9:30 pm in Adelaide, Australia), which led to an in-person meeting, which has produced a series of four papers and multiple conference proceedings. Similar to the creation of an NBA super-team, we found that when you start working hand-in-hand with your competitor great progress occurs. Additionally, it was so great to discuss issues in real-time with such highly educated professionals with nearly identical backgrounds.

What is going on in this anomalous region?

In the process of publishing our Nature Communication article, we wanted to convincingly show how much better the raw data acquisition is compared to that of the onboard processing (Fig. S1). Similarly, around a hundred passes of MARSIS data have been acquired over Ultimi Scopuli over primarily three frequency bands using the novel raw data methodology over many years. The reflector’s amplitudes are continuous and repeatable indicating that this is not some sort of an ionospheric/magnetospheric event. Thereby, ruling out any doubt that this increase in energy is not due to some strange out-of-plane issue.

This article directly addresses that SHARAD cannot detect the subsurface reflection because the attenuation caused by dust in the ice is much larger at SHARAD frequencies compared to MARSIS frequencies. However, SHARAD’s antenna is highly distorted due to the large solar panel on MRO. Thus, performing significant rolls to the entire spacecraft can greatly increase its sensitivity (dynamic range). Such large rolls may allow for a SHARAD detection of the basal reflection at Ultimi Scopuli.

Since the summer of 2021, carefully prepared experiments led by Pettinelli’s group and Dr. Katherine Primm and myself have confirmed and furthered the theory that cold and dry Martian minerals are incapable of creating significant reflections that would require an apparent dielectric permittivity with a median of 40 (first and third quartile values of 20 and 110). Note, this range of an apparent dielectric permittivity is higher compared to the discovery paper (Orosei et al., 2018) as attenuation is now properly accounted for. Similar experiments show that the reflector is likely due to a partially saturated liquid brine, likely a Calcium Perchlorate due to its low eutectic temperature of ~196 K. Since large values of apparent dielectric permittivity only occur in mixtures with liquid brines, we suggest that the basal unit must have a temperature between 196-220 K. We discuss in the paper how thermal models might be underestimating this temperature.

In late 2023, the perigee of the orbit of Mars Express will once again fall over the south pole. This will allow an improved version of the raw data acquisition that allows a greater amount of raw data to be stored. This will allow other targets of with high reflectivity (Khuller and Plaut, 2021) to be observed. Many questions still remain unanswered: how can a thermal model produce basal temperatures >196 K, how was this salt concentrated, how does the permittivity of the basal unit change spatially, and are there other regions of brines at the basal unit?

Grimm and Stillman, On the electrical properties of meridianiite and implications for radar sounding of icy satellites, Earth & Planet. Sci. Lett. 520, 34-39 (2019).

David Stillman
Section Manager, SwRI
Follow
I am a near surface geophysicist with experience in planetary, oil, and environmental exploration. My research focuses on finding water on planetary bodies, which involves lab work, field work, remote sensing data analysis, and instrument development. I have over a decade of experience conducting field surveys and the subsequent processing and interpretation of the data using GPR, dielectric spectroscopy (DS), resistivity, gravity, magnetics, magnetotellurics (MT), and EM-induction. I also have over a decade of experience conducting electrical properties measurements at cold temperatures. 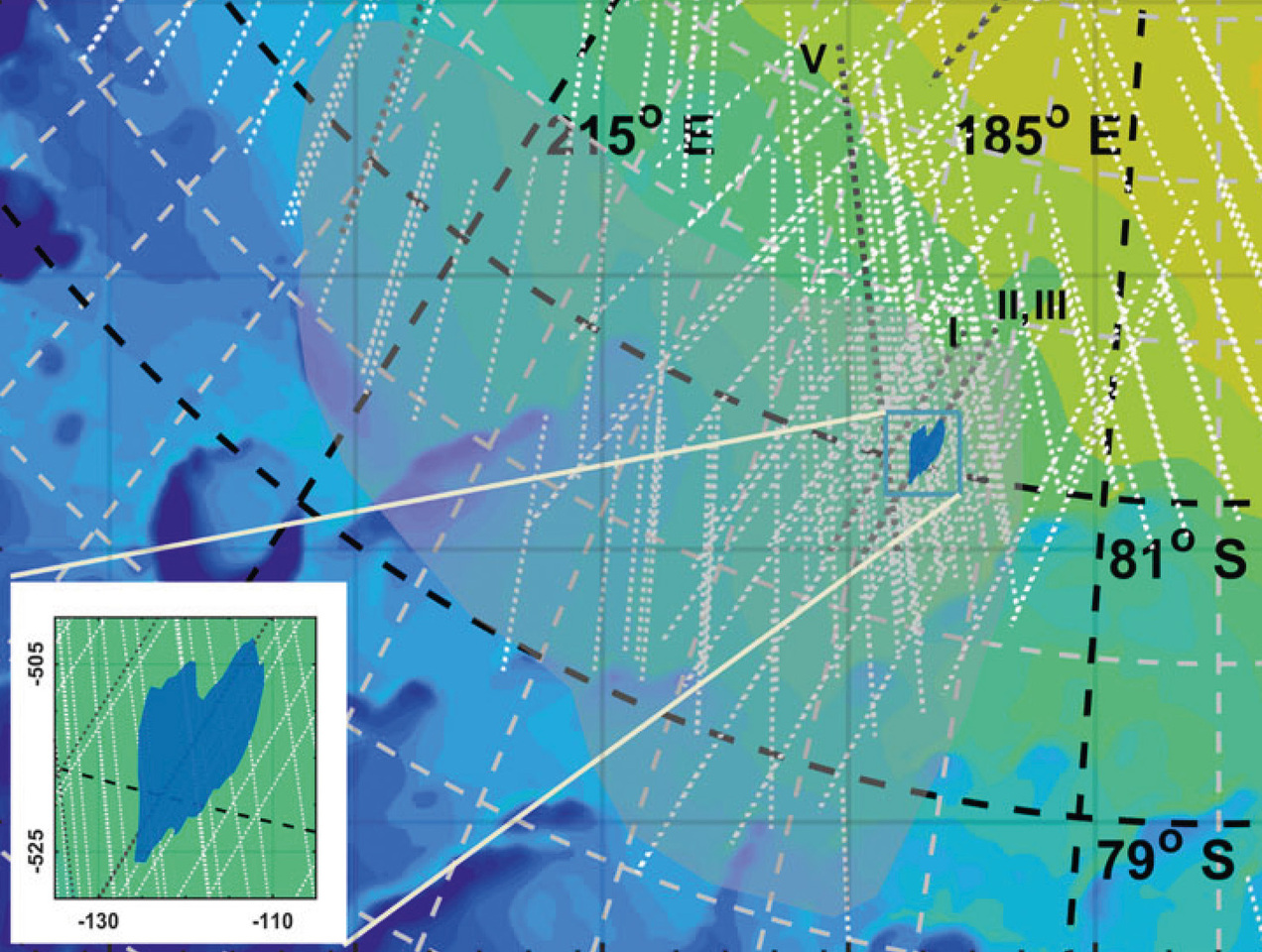 The surface of Mars is frozen and dry, but strong subsurface radar returns under the southern polar cap may have detected liquid brine. Two competing groups from opposed sides of the Atlantic Ocean have united to extract additional clues from a limited amount of data.