In October 2020, members of the Breakthrough Listen Initiative performed a standard SETI search of radio observations from Proxima Centauri. Our search algorithm flagged a signal that we couldn't immediately explain. This is the story of that signal, blc1, and the journey to understand its origin.

Act I: A Mysterious Signal Is Detected...

In April 2019, the Breakthrough Listen Initiative performed observations of our nearest stellar neighbor, Proxima Centauri (ProxCen), with the Parkes Murriyang telescope in Australia. We were originally searching for stellar flares; learning more about these flares can help us understand the habitability of planets around small, M-dwarf stars like ProxCen. Two years later, the same data were reanalyzed in the context of SETI, the Search for Extraterrestrial Intelligence, looking for technological radio activity from ProxCen. Shane Smith, an REU student working with Breakthrough Listen over the summer in 2020, was the first one to notice that our routine analysis had picked up something unusual. His mentor, Danny Price, posted that plot into our research group's Slack channel. For once, no one in the group had an immediate answer to what could've caused the signal in that plot.

That plot - containing what became known as blc1 - looks like this:

This style of plot is known as a "waterfall plot cadence". The top shows the first observation of the night, continuing downwards in time. From right to left, the radio frequency progresses from low to high. And the color of the plot indicates the strength of radio emission detected, with the green static indicating no emission, and the brighter (yellower) lines indicating strong emission.

With an expert's eye, there are a number of things that stand out about the linear feature in this waterfall plot cadence:

I had just finished submitting my last postdoctoral application of the cycle an hour before this meeting and was fully intending to take a nice work break for awhile... but as soon as I saw this signal, I was intrigued. I volunteered to lead the analysis.

A signal's characteristics - its frequency, drift rate, drift rate evolution, brightness over time, and more - can serve as a sort of "fingerprint" that can help us identify its origin. The first thing that we did was try to find a match for blc1's parametric fingerprint. We looked for transmitters that were licensed and known to transmit in this frequency band (reserved for aeronautical purposes in Australia). We compared the drift rate to cars and planes and satellites and asteroid reflections and the telescopes own motion, etc. etc. etc. We checked whether the telescope was pointing in the direction of a nearby building, say, the visitor's center. We checked the temperature logs for signs of heating or cooling in the instrument room, we checked for any events occurring on-site or at nearby facilities, we checked telescope status and chat logs to look for any abnormalities.

Unfortunately, it's impossible to do the same matching exercise for the "fingerprints" of an extraterrestrial signal, as we don't know what characteristics we would expect from them. However, we can search for "green flags" that match reasonable assumptions. For example, let's assume that there's a transmitter on the surface of ProxCen c, the terrestrial planet in the habitable zone of ProxCen. That transmitter should vanish for a while as its planet rotates it away from us, and its drift rate and frequency should change with the planet's orbit. These are features that we already know (or can infer) from radial velocity exoplanet studies of ProxCen. So we checked for these green flags as well.

The most consistent explanation, therefore, is single-frequency transmitter that is being electronically-modulated - for example, a relatively high-grade commercial crystal oscillator with a temperature-induced drift. In other words, we found no perfect match for the transmitter on Earth, but it's broadly consistent with Earth-based radio frequency interference. And we found no additional evidence, in this investigation, that implies that the signal was coming from space.

Searching for patterns in time and (frequency) space

One way to define a "similar signal" is to look for signals with the same "fingerprint" as blc1 that occurred during other observing sessions. Firstly, we checked for similar signals on the days before and after the blc1 observation.

And we do find a match!

Or at least, a close enough match. We find four instances of similar signals to blc1 - with the same frequency and drift rate - from other days of the ProxCen observing campaign. They aren't identical to blc1, but are extremely close in their parameters.

These similar signals appear no matter where the telescope is pointed, including the off-target observations in each cadence: they are all radio frequency interference.

That doesn't conclusively prove that blc1 is radio frequency interference, but it should definitely make us skeptical.

This search revealed a set of dozens of blc1 lookalikes across the bandwidth of our receiver. Some of them even looked like blc1 but were mirrored in direction, and some were related to each other by integer multiples of commonly-chosen clock oscillator frequencies in human electronics (ex. 133.333 MHz). This behaviour may seem strange, but it is a characteristic of a particular kind of transmitter inefficiency or malfunction called intermodulation production.

Taken all together, we see similar signals to blc1 across many frequencies and on many days. And every time we see them, they are radio frequency interference. This implies that blc1 is an intermodulation product of some Earth-based transmitter.

Act III: We prepare for the next signal-of-interest

At this point, you might be disappointed - our investigation concluded that blc1 is not an alien signal. So why are we even talking about it any more?

Because it was the closest call that the Breakthrough Listen project has ever investigated, and therefore, the most deeply interrogated signal-of-interest in human history.

And, if that isn't cool enough on its own, we can use that information to prepare for the next signal-of-interest. There had been a lot of discussion about what to do in theory if a signal passed our initial thresholds, but we'd never had to actually put those discussions into practice before. Now we've developed a procedure for the post-detection of a signal-of-interest (see below), we have developed the code to perform these analyses, and we have considered the best way to balance the timely release of data and code with responsible scientific due diligence.

In the end, blc1 was the first-ever signal that fooled our search algorithm and required such an in-depth characterization and analysis. But it won't be the last! We look forward to bringing you a 'blc2' someday as we continue the exciting search for extraterrestrial intelligence. 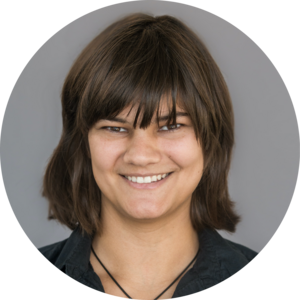