From an idea at a conference in Vienna to an article published in Nature Communications in three years. I tell the story behind the article 'The imprint of star formation on stellar pulsations', explain the main results, and review its implications on today's and future scientific works.
Thomas Steindl
PhD Student, University of Innsbruck
Follow
Like Liked by Sorrel Bunting and 1 other
0

The imprint of star formation on stellar pulsations - Nature Communications

The classical stellar evolution concept assumes that when the stars arrive on the main sequence, there is no traceable mark remains about their early evolutionary history. Here, the authors show that the accretion history leaves an imprint on the interior structure of the stars that are potentially…

Stars and their Variability observed from space was an international conference held from 19th to 22nd August 2019 to celebrate the 5th anniversary of the BRITE constellation. I was attending my first scientific conference, presenting a poster about the research I performed during my master's studies, and trying to gather as many impressions as possible.

The research I presented was an attempt to precisely define the zero-age main sequence  in stellar evolution models - when stars begin to fuse hydrogen to helium in equilibrium. This was a critical ingredient for my quantitative investigation into the pulsations of pre-main-sequence stars. Back then, I was using what I call now the classical picture of pre-main sequence evolution. A comprehensive view of early stellar evolution was provided around 60 years ago by the works of Henyey+, Hayashi, and Iben: A fully convective star is born with a large radius. It contracts along the Hayashi track, obtains a radiative core and continues to evolve along the Henyey track before arriving at the main sequence. This view, together with the concept of the birthline - a line in the Hertzsprung Russel diagram describing the moment at which the surrounding cloud is removed and the star becomes optically visible - would at that time complete my imagination (and theoretical modelling) of early stellar evolution.

At that conference in Vienna, it was a Wednesday, a bird decided to defecate right above me. I needed to go change, almost causing me to miss the presentation titled 'Protostellar accretion bursts and their effect on the pre-main-sequence stellar evolution' by Eduard Vorobyov. Thankfully I did not, as he is now a contributing author for this article. The talk presented results of stellar evolution calculations starting from the protostellar stage and including the early accretion history, leading to strong outbursts of the star similar to the ones observed in FU Orionis-type objects. Immediately, it became clear to me that the classical picture of pre-main sequence evolution and the concept of the birthline were outdated and I needed to investigate the ramifications of such a more realistic treatment of the protostellar phase in later evolutionary stages when stars are more readily observable.

A short literature search was more than enough to realise that there had been extensive work by many authors in the last decades including some fantastic starting points for my investigation (Kunitomo+, Jensen+, etc). It took me the first year of my PhD to come up with a working setup with the stellar structure and evolution code MESA. I was now able to follow the evolution from a 10 Jupiter mass stellar seed through a chaotic accretion phase with many bursts up until the main sequence. The results of the simulations showed differences in stellar structure between the classical and the more realistic calculations long beyond the accretion phase, but the magnitude was very small. The question remained:

Can we test whether this more realistic description is indeed better than the classical one?

The article presented by us delivers the answer to the question: YES.

When a star twice as massive as the sun has fully accreted all the material and continues its evolution towards the main sequence, it will eventually become unstable to stellar pulsations. Such a star should show 𝛿 Scuti type pulsations - acoustic modes primarily living in the stellar envelope. The presence of these modes leads to variations in the light emitted from the photosphere and can be studied via space photometry. With data obtained from telescopes such as Kepler or TESS, the precision of stellar pulsation frequencies is outstanding. A typical pulsation mode for 𝛿 Scuti type pulsations has a frequency of 20-60 cycles per day and four years of Kepler observations lead to a relative precision of Δf/f  ≤ 0.00342 %. It is this phenomenal precision that allows for example the determination of the near core mixing regions in Slowly Pulsating B stars (i.e. Pedersen+).

In our article, we present that this precision is sufficient to measure tiny changes in radius that remain from the early accretion history. If there was a pre-main sequence 𝛿 Scuti observed for one year or more by a space telescope, we would be able to test the imprint of the accretion processes compared to the classical model. Unfortunately, both the Kepler primary mission (4 years) and the TESS continuous viewing zone (357 days) pointed away from young open clusters.  Hence we will have to wait a bit longer until either PLATO or a different satellite mission can provide the data needed.

In the meantime, however, we as a scientific community need to embrace a more complicated view of early stellar evolution. The classical picture of pre-main sequence evolution has long been overhauled, but the simplistic views are still deep-rooted in multiple fields. Differences in the stellar structure are only expected to grow during the main sequence (Aerts+) and could potentially become accessible by others means as well. We now expect that for example the determination of ages of young open clusters with the use of isochrones from classical evolution models should be reconsidered as the accretion bursts can lead to differences in the order of one million year (Elbakyan+).

Since higher mass stars evolve faster and are expected to still accrete material when arriving on the main sequence, the imprint of star formation might be even larger. I am still working to compute evolutionary models for these higher mass stars since the resulting stellar structure is very challenging for the stellar evolution code. The near future with (hopefully) lots of novel data for young and recently formed stars will provide great opportunities to test many aspects of stellar evolution (Zwintz+) across the entire mass range.

I am a PhD student at the University of Innsbruck in Austria. I am working on Asteroseismology of pre-main sequence stars. My current focus lies on improving theoretical stellar structure and evolution models for this young objects. 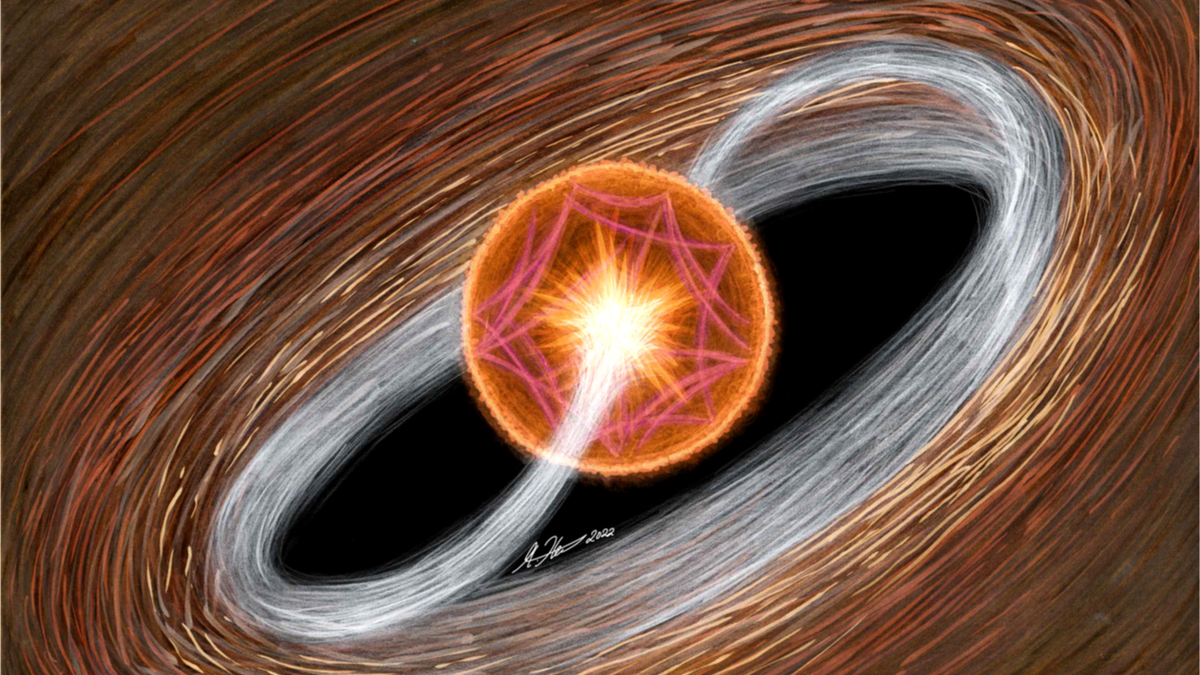 From an idea at a conference in Vienna to an article published in Nature Communications in three years. I tell the story behind the article 'The imprint of star formation on stellar pulsations', explain the main results, and review its implications on today's and future scientific works.