Extending for over 200 degrees, the Magellanic Stream is the most spectacular example of a gaseous stream in the sky. The Stream appears as a long tail of multi-phase gas stripped out of the Large and Small Magellanic Clouds (LMC/SMC), the two brightest dwarf galaxy companions of the Milky Way.

Discovered in 1965 via 21 cm emission, its origin has remained elusive to astronomers for over fifty years. The Stream’s connection to the Magellanic Clouds, both in space and in velocity, suggested that it originated from these dwarf galaxies, but several open questions remained unsolved. In particular, all models of the Stream’s formation via repeated encounters between the Magellanic Clouds or by ram-pressure stripping have been unable to simultaneously explain the presence of a Leading Arm and the total mass of the Stream (2 billion solar masses, more than all the gas left in the Magellanic Clouds!), especially when considering the Stream’s ionized component, which dominates its mass.

Dynamicists are always fascinated by gaseous and stellar streams, but the Magellanic Stream is more than that: it is a large portion of all the circumgalactic gas around our Galaxy, a key constraint for the Magellanic Clouds’ orbits, and a testbed for our understanding of the the role of gas accretion in galaxy formation. My journey into the mystery of the Magellanic Stream started in 2008 with a paper on the Magellanic Group of dwarf galaxies with George Lake. He passed away in 2019 and I celebrate his memory with this publication. My journey continued in 2016 with the publication of a review article that Andrew Fox and I wrote in the Annual Reviews of Astronomy and Astrophysics. Despite the considerable progress made over the last two decades via 21 cm radio observations, the ultraviolet observations from the Hubble Space Telescope, and more sophisticated hydrodynamic simulations, the most fundamental questions, like the origin of the Stream, remained unanswered.

The key new insight in our new work published this week in Nature is the inclusion of a warm gas corona around the LMC - a Magellanic Corona - in our models (Figure 2). This has a large impact on the formation and evolution of the Stream, for several reasons. First, the corona heats the cool gas pulled out of the SMC several billion years ago, before the Clouds fall into the Milky Way, thus feeding the nascent Stream. Second, it protects the Stream from disruption by the Milky Way’s own hot corona, acting as a protective cocoon (Figure 3). Finally, the corona provides most of the mass of the Leading Arm and a substantial part of the trailing Stream.

Figure 2. The infall of the Clouds in zenthial equal-area coordinates. Observed neutral hydrogen gas (a) and results of the model (b) of the Magellanic Stream with line-of-sight velocity displayed by the color bar (from -350 km s-1 to 400 km s-1) and brightness indicating the relative gas column density. Gas originating in both the LMC and SMC disks is shown in the model. The movie begins 550 million years ago and continues until present day. The Milky Way disk and background are extracted from real HI images (credits: Scott Lucchini for models, McClure-Griffith for the HI data).

The motivations for the existence of the LMC corona include the LMC’s high mass with its recently discovered cohort of dwarf galaxies (the Magellanic group of dwarfs); theory predicts  that a high-mass LMC should be surrounded by a warm halo. Tentative observational evidence for the corona has been provided by detections of highly ionized gas at coronal temperatures (105 K) in the ultraviolet spectra of hot stars in the LMC.

The Magellanic Corona scenario differs from the popular dwarf-dwarf galaxy interaction models that explain only the neutral hydrogen gas (~10-20% of the mass of the Stream), but not the dominant ionized component. Our hydrodynamical simulations carried out by Scott Lucchini quantify the effect of including the Magellanic Corona and find it is indeed the dominant component in creating the Stream. The resulting total mass of the Stream is found to be in good agreement with observations, in particular explaining the large ionized component, but also the two filaments, one originating  from the LMC and the other from the SMC.

Our next step is to demonstrate the existence of the Magellanic Corona with the use of the Cosmic Origins Spectrograph on the Hubble Space Telescope, by looking for absorption in highly-ionized states of carbon and silicon in the UV spectra of background quasars lying near the LMC on the sky.

Over 50 years have now passed since the discovery of the Stream, and with the inclusion of the Magellanic Corona, we are now closing in on a full understanding of its formation. 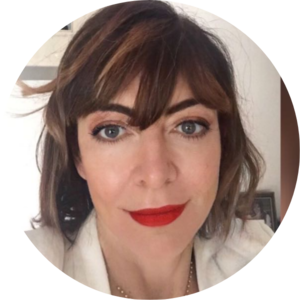 My research combines unique analytic models and high-resolution numerical simulations to get new insights into the dynamical processes that form the stellar skeleton of our Galaxy, from the nature of the dark matter to the motion of gas and stars.
Follow