The Large Magellanic Cloud is pulling, warping, and deforming the Milky Way. We used new models to find proof in existing data sets.

We had a stretch goal for the project to eventually try and look at data. The Gaia satellite is currently taking observations, and released an incredible data set in April 2018 (there is another data set coming out December 3rd, 2020!). In late 2019, we had run a few test models to look at the Milky Way-Large Magellanic Cloud interaction, and it was apparent that one of the key features of the models is the motion of the Milky Way disc in response to the pull of the Large Magellanic Cloud. So we started brainstorming ways that we could detect the signal in data.

As we're located in Scotland, we're often walking or cycling through the rain. In this case, though, that gave us some physical intuition: what if the velocity signal we saw in distant stars was dominated by the same effect: the Milky Way disc is being pulled relative to a background, much like how when you're walking in the rain, it looks like the drops are coming at you, instead of falling straight down. Or, you can think of it like jumping to hyperspace, in that moment where the stars start elongating as the Millenium Falcon accelerates. We wrote it up in a paper that we published in January, and then set about working to try and tease the signal out of data.

We went to a Royal Astronomical Society dynamics specialist meeting in London in early February and presented the first model results. Over pints at a nearby pub after the meeting, it became apparent that we were looking at the problem in a slightly different way than other groups. While they interpreted the observed velocity signal as motions of the outer halo, we interpreted the results as the motion of the stellar disc, which has huge implications for studies of the Milky Way. In the detection that we report in our paper, we conclusively show that the all-sky signal results primarily from the motion of the stellar disc, and not the motion of stars in the outer halo.

It's now clear that we can't treat the Milky Way as a static object. Now, astronomers will need to design new models for the Milky Way that include time dependence. If we don't do that, we won't be able to properly determine the history of the Milky Way or the Large Magellanic Cloud. 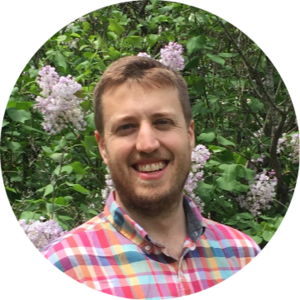