ESO and the Breakthrough Initiatives have modified the Very Large Telescope (VLT) mid-IR imager VISIR and observed Alpha Centauri A and B for a total of 100 hours to looks for small planets down to sub-Neptune diameter in the habitable zones of both stars. The experiment, called NEAR - New Earths in the Alpha Centauri Region, was carried out in 2019 and demonstrated the potential for mid-IR ground-based imaging for Exoplanet detection. The data also revealed a faint signal that could be either an 5-7 Earth diameter exoplanet, part of a zodiacal disk (fine dust released from asteroids and comets), or simply an instrumental artifact of unknown origin.

Back in 2016, the Breakthrough Initiatives (BTI, https://breakthroughinitiatives.org) established the Breakthrough Watch (BTW) committee, a group of scientists who meet and discuss avenues for detecting life-bearing planets in the solar neighborhood within 5 pc. BTW's mission is to "identify and characterize Earth-sized, rocky planets around Alpha Centauri and other stars within 20 light years of Earth, in search of oxygen and other biosignatures”. The interest is focused on such small (on the galactic scale) distances to maintain the chance of ever sending a probe to such a planet for in-situ characterization (the goal of the BTI's Starshot programme). The BTW committee quickly realized that short-term results towards this goal would be best obtained by mid-IR high-contrast observations with current 8-m class telescopes, and Alpha Centauri is the most promising target for such observations by far (Figure 1). At a distance of just 1.35 pc, the Alpha Centauri stars are our nearest neighbors, and an Earth analogue planet there would be brightest and orbiting at a relatively larger angular separation mitigating the challenge of achieving the required imaging contrast of one in a million or better.

Unfortunately, even a single 8-m class ground-based telescope – the largest in existence – can barely reach the sensitivity required to image an Earth-diameter planet. So the NEAR experiment was considered a stepping stone towards this goal. By equipping ESO’s VISIR instrument with Adaptive Optics, one of the most capable starlight-blocking masks based on advanced optics and a fast sky chopping technique, the 100 hundred hour campaign of the NEAR experiment should be able to reach a sensitivity of 100 uJy. This is more than a million times fainter than the star itself and sufficient to see a super-Earth to sub-Neptune size planet of 2-3 Earth radii in the habitable zone of Alpha Cen A.

The NEAR experiment was launched in mid-2016 by ESO and BTI. In a nutshell, ESO were to provide infrastructure, work-force and telescope time while BTI funded the necessary hardware. The design, manufacturing and integration work was carried out in collaboration with industrial partners (Kampf Telescope Optics, Munich) and research institutes (Universities of Liege, Uppsala, Zurich and Paris, CEA Paris, Caltech) between 2017 and 2018. The NEAR hardware arrived at the VLT observatory in early 2019 for integration in VISIR.  After some months of intensive work at the observatory, the modified VISIR instrument was installed at UT4 in April 2019 (Figure 2). The work proceeded on such a tight schedule, because NEAR was to use a window of opportunity and temporally occupy the vacant spot at the Cassegrain focus of UT4 before the arrival of the ERIS facility instrument.

ESO allocated twenty observing nights for the NEAR campaign between 23 May and 11 June 2019 during which 100 hours’ worth of Alpha Centauri observations were collected. Complaints about the weather are good form among observational astronomers, and we make no exception here. Several nights at the beginning and end of the campaign were lost to cloud cover, so we just managed to complete the observations in the available time.

Some distress came up during the first nights when we observed a continuously progressing degradation of coronagraphic contrast. One team member, Ulli Käufl, came up with a wild theory about atmospheric nitrogen entering the cryostat through a small leak and freezing out on the coronagraphic mask. He also proposed a remedy (micro-warmups of the mask from a temperature well below 30K to about 40K where solid N2 sublimates, which could be carried out during the day. To our delight, these novel interventions indeed solved the mysterious issue. This is a wonderful example of how engineering ingenuity saved our skin and the ongoing observation campaign.

The months after the campaign were spent with sorting, analysing and verifying the huge amount of data (7 TB) produced as described in the paper. In a nutshell, the NEAR campaign was the deepest mid-IR observation on a single target obtained so far.  The reached sensitivity was sufficient to detect temperate planets in the Neptune – Saturn size range in the habitable zone around Alpha Cen A. No other direct imaging observation to date achieved a comparable mass sensitivity. Additionally, we see a low SNR signal, which calls for follow-up observations to determine whether it is a planet, part of a exozodiacal disk, or simply a persistent data artifact that somehow survived our careful analysis and battery of tests. The results also demonstrate that the METIS mid-IR instrument for the ELT (to which NEAR can be considered a precursor) can indeed reach the sensitivity required to image Earth analogue planets around nearby solar-type stars.

The clarification of C1's nature has important consequences for habitability around Centauri A. While the presence of a Neptune to Saturn size planet in the habitable zone sounds like a threat to the system’s habitability, such a planet would still have a chance of hosting habitable moons and could then resemble the Polyphemus-Pandora system envisioned by James Cameron in the movie Avatar. But nobody should be lining up for a voyage to the potential world just yet. As another explanation, C1 could also be the heat signature of a zodiacal disk made of dust particles produced by asteroid collisions and cometary activity. The presence of such a disk would therefore imply the presence of minor bodies that are signposts for larger, possibly rocky planets around Alpha Centauri A.

The NEAR campaign was meant to be an one-off experiment, something that could only be realized through a private-public partnership like the one between ESO and BTI. At the time it did not make sense to devote more time to the project before we knew that it would even work. But now we know that it does, and we know exactly what we need to do to clarify the nature of C1. Bringing back NEAR to VLT UT4 would require a significant effort from the observatory, and we hope that the time allocation agencies agree that it would be worth it. Other short-term options for follow-up observations are being explored by various groups and could involve other VLT instruments (e.g. SPHERE or ERIS), and ELT-METIS, JWST or the TOLIBOY astrometric space mission (all either under construction or consideration) would almost certainly provide the sensitivity needed to confirm or reject the presence of a mid-size planet in the habitable zone of our nearest neighboring star. 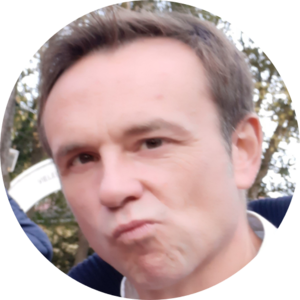