There is more than one! The story of how we moved from our initial discovery of a single subglacial body of water on Mars to the detection of a larger complex system of water bodies, by applying a Radio Echo Sounding data analysis technique used on Earth.

Everything started in 2008: Giovanni Picardi, the Principal Investigator (PI) of MARSIS (Mars Advanced Radar for Subsurface and Ionosphere Sounding), was looking for the perfect study area, a location in the Martian south polar region with a surface so flat and so smooth that the clutter caused by the huge antenna footprint would be negligible, allowing the subsurface reflection signals to be cleanly recorded. Professor Picardi spent several months combing through each ground-track, discarding most of the data, before finally settling on a relatively small area of Planum Australe, called Ultimi Scopuli. Here all technical and geological conditions appeared to be met: this was going to be the place where Giovanni’s group, including myself, would embark on the quest to find subglacial liquid water.

Upon analyzing the first set of data acquired on Planum Australe, we were puzzled by some strong basal reflections that were even brighter than those coming from the surface, normally expected to be the most intense in a radargram. Another very unusual phenomenon was that the basal reflections were not uniformly spatially distributed. Unable to explain our findings, Roberto Orosei (the current PI for MARSIS, taking over the role after Professor Picardi’s death in 2015), myself, and two of our group members, decided to present our work at the 2008 Fall Meeting of the American Geophysical Union (Cartacci et al., 2008). The abstract of our presentation stated: “We are capable of discerning changes in the backscattering coefficient from place to place, but we cannot attach an absolute physical quantity to measured values”.

We showed that the radar data acquired over the area during consecutive orbits of the spacecraft painted a confusing picture, with bright reflecting spots geographically dispersed in a sea of weakly reflecting spots. Thus, while we observed bright reflections in some areas, they were disappearing in a subsequent observation of the spacecraft on the same location. Clearly, our results were not reproducible, and we were left to wonder whether there might be a technical problem with the radar.

The 16 MB of RAM that came to our rescue

It took us four years to finally realize that the problem was caused by the procedure used to preprocess the data on board the spacecraft. The obvious way to prove this, was to acquire raw (unprocessed) data. This was going to be a major hurdle, however: MARSIS had been built in the 1990s from components that would be considered obsolete in modern terms, and onboard processing was a critical step to collect, compress, and relay to Earth large volumes of data. Thus, acquiring raw data was not an option in standard operation mode. Destiny was lending a hand, however: by sheer luck, before the spacecraft was launched from Earth, the engineers assembling the components had found two free slots in the motherboard, and had decided to fill them with 16 MB of RAM. The extra-RAM had never been used, but in 2012 Andrea Cicchetti, MARSIS Manager of Operations (and co-author on this paper), decided to take a chance.  He programmed 29 raw data acquisition campaigns over the period 2012-2015, storing unprocessed data collected over short (less than 200 km) ground-tracks in the extra-RAM. The results were indeed astonishing: the data were finally consistent.

We now had reliable data for our investigation. We were not done, however. The most difficult interpretive hurdle was still ahead: what did the bright reflections mean? Sadly, Giovanni Picardi had passed away just at the end of the acquisition campaigns, leaving us with the legacy to solve the final mystery.

What lies beneath the ice?

What material was responsible for the basal bright reflections observed at Ultimi Scopuli? We wanted to steer clear of any preconceived idea to avoid introducing any bias in our interpretation of the data, so we  decided to apply an unconventional approach based on probabilistic modeling (Lauro et al., 2019) to estimate the relative dielectric permittivity of the bright basal material. Because very little is known about the Martian subsurface, we explored the so-called parameter space to account for all physical parameters affecting the properties of the ice layer above the basal reflector. We found two statistically and spatially distinct populations. The first population was characterized by values of the dielectric permittivity typical of dry rock (median value, 7.5), the second was consistent with values typical of wet sediments or liquid water (median value 33). More importantly, the values of the second population had all been obtained in the location where we had detected the bright basal reflector.  Finally, in 2018, ten years after Giovanni Picardi had identified the search area, we were ready to report the results of our investigation, showing that the physical characteristics of the bright reflecting area were consistent with liquid water, and suggesting the presence of a subglacial lake at Ultimi Scopuli (Orosei et al., 2018).

Just as our paper was getting published in Science, a North-American group had reported the discovery of a hypersaline lake system beneath the Arctic Canada ice cap (Rutishauser et al., 2018). The authors used a Radio Echo Sounding (RES) signal analysis method typically applied to the detection of subglacial water bodies in Antarctica and Greenland. The publication triggered Sebastian Lauro’s (co-lead author of this paper) curiosity and mine, and we started discussing about ways to adapt the RES signal analysis method to MARSIS data.  Given the technical and observational characteristics of MARSIS, we considered the criteria employed in RES studies of Greenland subglacial water to be particularly promising for the work we had in mind. The 2012-2015 campaign observations had indicated that other bright spots might exist in the vicinity of the initial discovery. Therefore, Andrea searched the MARSIS data archive for observations outside the 2018 area and programmed a new campaign to acquire more orbits. By the end of 2019 we had gathered 134 new unprocessed observations, which comprised all data collected between 2010 and 2019, and expanded our study area.

In the meantime, the team working on the analysis and interpretation of the new data had grown to include a total of 13 members, with expertise ranging from physics, to geoscience, to engineering. Finally, applying our newly developed methodology to these observations, and discussing the results in the context of the geological setting and climatological history of the region, we not only confirmed our earlier discovery (Orosei et al., 2018), but were able to “see” three new distinct areas of wetness in the vicinity of the first  body of water.

Everything tastes better with salt

In our earlier paper (Orosei et al., 2018) we had not discussed the origin and nature of the water, other than to suggest that it should be hypersaline: we estimated that temperatures at the base of the ice are probably similar to the surface temperatures in our study area (around 160 K), which is way below the freezing point of pure water. Therefore, we argued, the water must be salty. In the present work (Lauro et al., 2020) we explored in more detail this aspect: observations reported from the Phoenix landing site show absorption of atmospheric water by perchlorates resulting in the formation of brines.  Perchlorates are ubiquitous in the Martian soil, and we thus hypothesized that a similar process may have occurred in our study region. Laboratory experiments (cited in our paper) convincingly demonstrate that brines persist for long periods of time also when temperatures drop below the eutectic point, suggesting that, once formed, it is difficult for brines to freeze. We concluded therefore that, until new information becomes available, the explanation that best reconciles all our observations is that there are multiple bodies of basal hypersaline water beneath the Planum Australe ice cap. Our study ends here, but new and fascinating questions emerge: what if these hypersaline lakes had the potential to host life? What if microenvironments teeming with microbial life existed beneath the ice?

We are at the end of this long journey of exploration of the Martian south polar ice: it took grit, resilience, a bit of luck, and the commitment, expertise and enthusiasm of many colleagues, too numerous to mention in this brief contribution. Some of them are sadly no longer with us, but we owe them much. For me personally, this paper represents the culmination of 12 years of a project initiated by a man of great vision and ability, on whose shoulders we stand. My colleagues and I want to pay tribute to Giovanni Picardi and dedicate this paper to him.

Tali sono tutte le cose vere, doppo che son trovate; ma il punto sta nel saperle trovare.
(All truths are easy to understand once they are discovered. The point is to discover them). 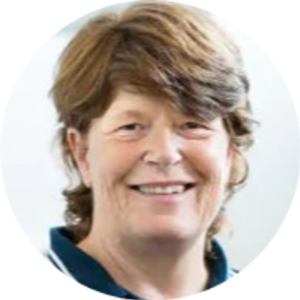